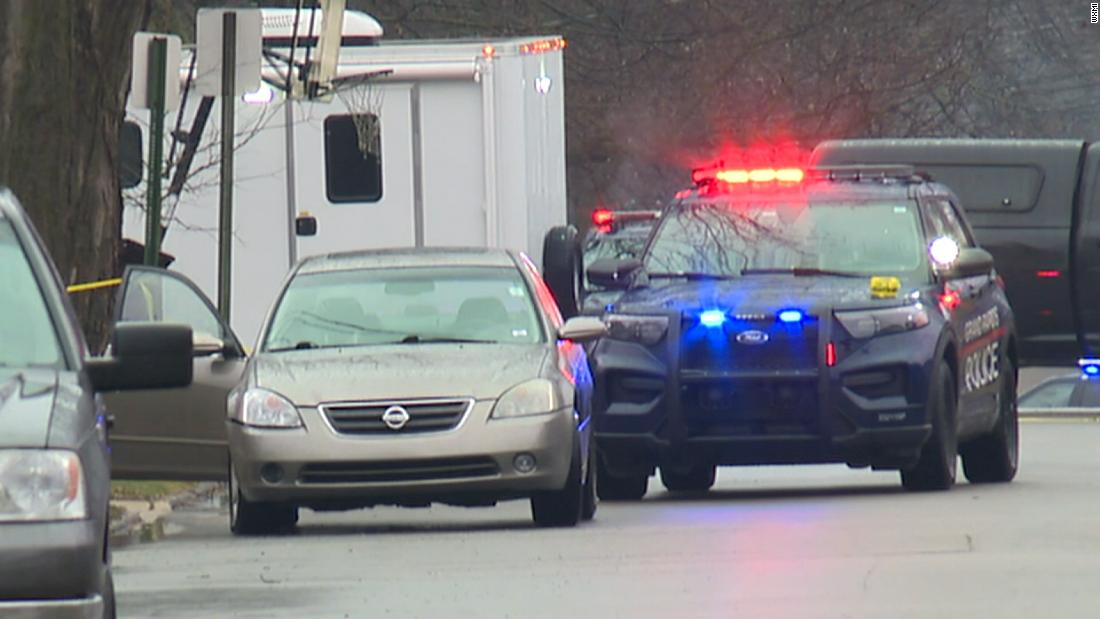 The Michigan Department of Civil Rights (MDCR), the state agency that made the request for the DOJ to launch an investigation into Grand Rapids police, had made similar requests in the past, a spokesperson told CNN Wednesday. An official from that office renewed that request with the U.S. Attorney’s Office for the Western District of Michigan on April 7, days after the shooting and before it received significant national media attention.

The same state agency also asked Michigan Attorney General Dana Nessel’s office to “collaborate” on the investigation, and officials met with Nessel and others from the office on Monday, said Vicki Levengood, spokesperson for the MDCR.

“At some point, between late 2019 or sometime in 2020, we initially reached out to both agencies hoping to discuss options for collaborative investigations or some help investigating this pattern and practice issue,” Levengood said. “There have been periodic conversations along the way.”

Those earlier requests resulted from two public “listening sessions” in 2019, in which members of the public were told they could file complaints with the state agency if they believed they had been discriminated against, Levengood said. The subsequent complaints allege a variety of wrongdoing, Levengood said, “from racial profiling in traffic stops to excessive force used against people of color and minors.”

“Currently, altogether, we’ve taken 60 complaints of discrimination, (and) have 29 currently under active investigation,” she said. The agency is responsible for statewide civil rights complaints. “It became clear to us, an investigation into this pattern and practice issue, something of that size and scope, required resources beyond what we have.”

“One of his first priorities was and continues to be a thorough review of all departmental policies, procedures and training,” Jennifer Kalczuk, a police spokesperson, told CNN. “He welcomes input to this process from the community and other external sources.”

The U.S. Attorney’s Office for the Western District of Michigan in a statement Wednesday confirmed it had “received a request from the Michigan Department of Civil Rights (MDCR) to open a pattern or practice investigation into the Grand Rapids Police Department.

“Pursuant to standard practice, the department considers all information provided by state agencies, including the MDCR, as well as any additional information, in determining whether to open a pattern or practice investigation.”

Lynsey Mukomel, press secretary for Nessel, told CNN, “The Attorney General is committed to putting the full resources of her office behind this effort.”

“The Department of Attorney General has been meeting with the Department of Civil Rights since their outreach last week regarding their ongoing investigation into the Grand Rapids Police Department.”

Since the murder of George Floyd by a Minneapolis police officer, states have taken on more investigations into police departments that had traditionally been handled by federal officials.

Pattern-or-practice investigations of police departments are relatively uncommon, and done by investigators to determine whether departments have patterns of racist, discriminatory, or otherwise problematic behaviors, with the goal of overhauling the way those departments operate.

Last week, amid national media attention and following the retention of a high-profile attorney by the Lyoya family, the police department released several video clips which show Lyoya’s encounter with the officer who shot him.

The officer is on paid leave and his police powers have been suspended, Winstrom has said. The officer will not be identified publicly unless there are criminal charges, Winstrom said last week.

An autopsy commissioned by Lyoya’s family shows he was shot in the back of the head.
An official death certificate, including the cause and manner of Lyoya’s death, has yet to be released. The report has been prepared, Kent County Chief Medical Examiner Dr. Stephen D. Cohle said in a statement last week, but it will not be completed until the results of toxicology and tissue tests have been received from a contracted laboratory.
Several hundred people protested after the video was released, with many chanting, “Justice for Patrick.” Lyoya’s family called for the officer to be prosecuted.