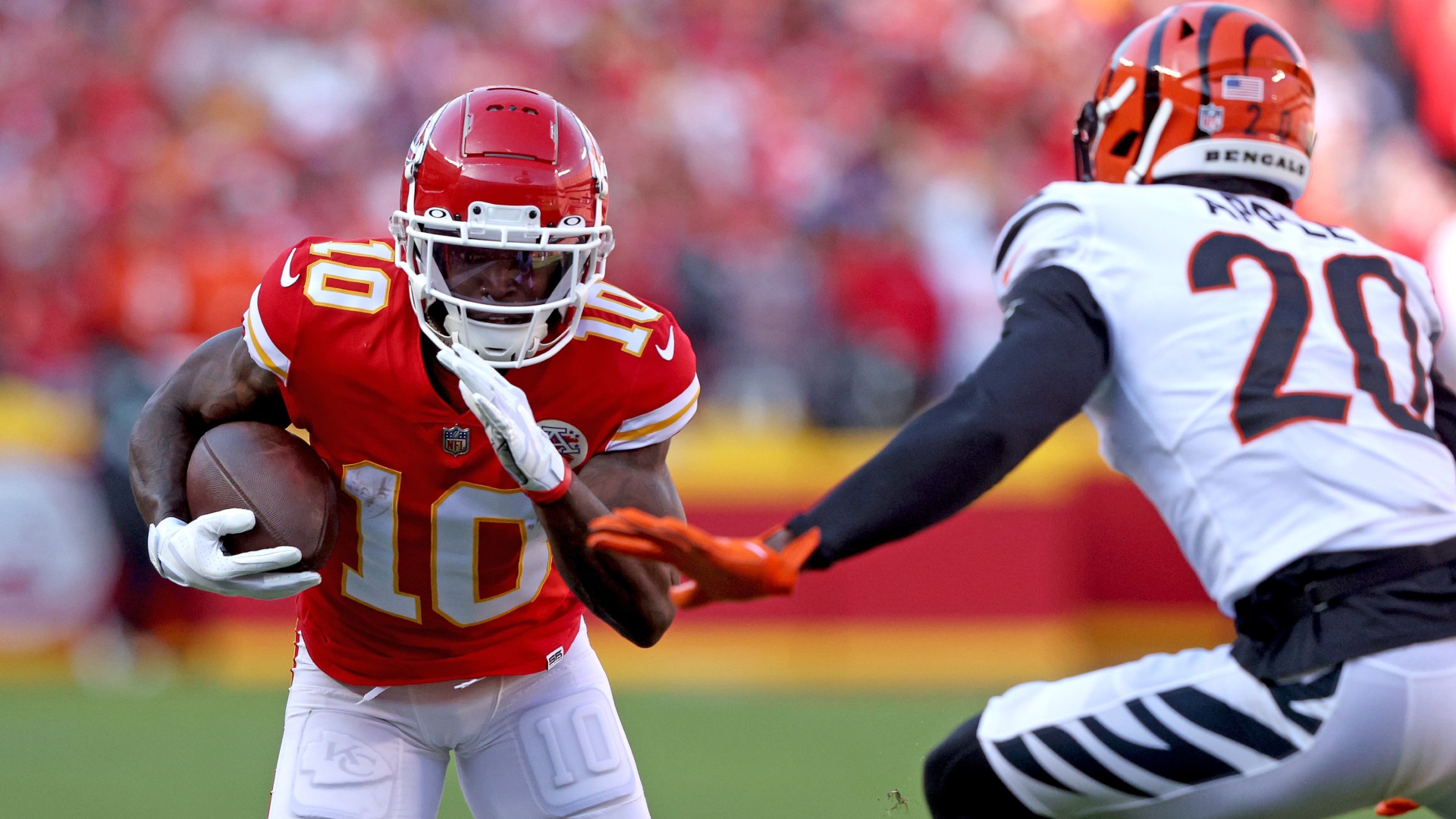 The Chiefs wasted a potential scoring opportunity at the end of the first half of their AFC Championship Game meeting with the Bengals on Sunday.

There were five seconds left of the first half and the Chiefs had a second-and-goal opportunity from the Bengals’ 1-yard line. Kansas City had no timeouts when Patrick Mahomes snatched the ball. He dumped the ball off to Hill behind the line instead of throwing the ball into the end zone.

Hill tried to get Bengals cornerback Eli Apple to miss, but Apple made the strong tackle in bounds. The clock ran out on Chiefs as a result of the game.

Andy Reid explained what happened in the sequence during his post-game press conference. He thought the Chiefs could run a game with five seconds left on the clock, but admitted that his play call in that situation was not the best.

“I was hoping we could get the ball in the goal zone. I probably gave them the wrong game, first and foremost,” Reid told reporters. “I could have given him something better than that. Where the game was open in than zone, and then we should not go through it. I take responsibility for it.”

It actually did not seem like the right call. Hill had some time to get into the goal zone or get off the field to stop the clock and allow the Chiefs another try on either a touchdown or a field goal.

Reid’s play call will also call into question something that has been a problem for him throughout his coaching career: watch management. Running a game with five seconds left was certainly possible, but there was little room for error. Mahomes should have the means to throw the ball away instead of completing a pass outside the goal zone, which he acknowledged after the match.

“I knew the time was low, of course I knew we were going to get points,” Mahomes said. “We call the play that we’re trying to get someone over the middle fast, and then I should probably throw the ball away. I got a little greedy there when I tried to get it to Tyreek and get a touchdown. They had two people out there.”

That said, Mahomes still believes that playing aggressively and going after the touchdown was the right call, even if he did not make the right throw.

“In the long run of things, [it] looks bad, but if we had had another chance, I would have gone to a new game again, “he said.

In addition to the play call, the team’s lack of timeout also proved costly in this sequence. The Chiefs burned one early in the first quarter before choosing to challenge a third-down run that had been judged shortly after the first-down marker. Kansas City eventually won the challenge, so if Reid had just thrown the flag before calling a timeout, the Chiefs would have had one more in his pocket down the stretch.

The Chiefs went into the break with a 21-10 lead instead of extending their lead to 14 or 18 points. They ended up losing 27-24 in overtime, so even a field goal to close the half could have changed the outcome of the match.