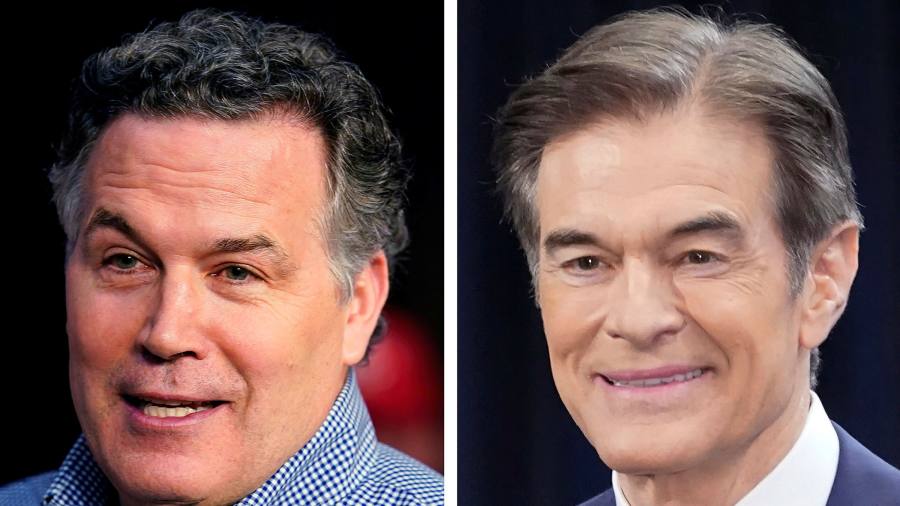 Lawyers and former Trump officials have descended on Pennsylvania as the two Republicans vying for a chance to run for the U.S. Senate prepare for a potentially bruising recount in the wake of this week’s inconclusive primary.

Mehmet Oz and David McCormick have begun recruiting teams for what experts believe will be a long process to decide who won the primary, with the current count showing them separated by just 1,000 votes. The Associated Press on Friday declared the race too close to call.

Donald Trump threw his weight behind Oz in the contest. But his former aides are split, with some joining the Oz campaign and others backing McCormick for the political, and possibly legal, battles to follow.

Some Republicans are worried the hiring spree shows the candidates are willing to contest the result in court, a drawn-out protest that could allow Democrats to campaign unopposed for several months.

Josh Novotney, a Republican strategist in Pennsylvania, said: “I do not think either of the two candidates give up until the bitter end. Unless the national party steps in this is going to turn into a total circus, and will stop us focusing on beating John Fetterman [the Democratic candidate]. ”

The Pennsylvania Senate race has been one of the most fiercely contested Republican primaries in the country, pitting the daytime television star Oz against former hedge fund boss McCormick.

Trump endorsed Oz, helping him take over McCormick in the polls, but it was not enough to secure a clear victory over his rival. Polls closed on Tuesday, and by Saturday, with ballots still being counted, Oz had 418,508 votes, with McCormick on 417,430.

McCormick’s campaign is now attempting to force election officials to count mail-in ballots, which were submitted without a date on the envelope but received on time.

A recount will be called on Thursday if the two candidates are separated by less than 0.5 per cent of the vote. Any recount will have to be finished by June 7, although some expect legal challenges to continue beyond that date.

As legal wranglings begin, both candidates are hiring volunteers to watch the counting and lawyers to help deal with the aftermath.

Wally Zimolong, one of McCormick’s lawyers, said this week he was heading to Lancaster County, where a printing error prevented some of the ballots being scanned, “to ensure the integrity of the counting of the mail-in ballots.”

Zimolong is part of an expanding team, which the McCormick campaign says already constitutes 100 lawyers, led by Chuck Cooper, a veteran Republican lawyer in Washington, DC. 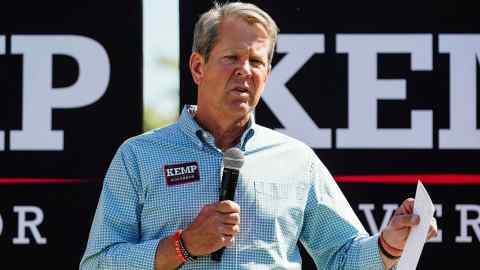 McCormick’s wife, Dina Powell McCormick, was Trump’s deputy national security adviser, and many of her former White House colleagues have helped her husband previously during the campaign.

Sarah Huckabee Sanders, Trump’s former White House press secretary, campaigned alongside him in April, as did Hope Hicks, who once worked as Trump’s communications director. Stephen Miller, a former policy adviser to Trump, was an early adviser, while David Urban, who worked on Trump’s 2016 campaign, has been one of McCormick’s loudest supporters in the media.

One McCormick staff member who has previously worked for Trump said: “It was not a hard decision to come and work for McCormick. The former president decided to back Oz after getting some bad advice from Sean Hannity [the Fox News presenter] and others who do not live in Pennsylvania. ”

A Pennsylvania Republican strategist not connected with either campaign said: “McCormick has deep pockets, and it looks right now like he is trying to hire everyone he can find, just to make sure they can not get picked up by the other side.”

Trump himself has also complained in the past about McCormick hiring his former advisers. He said at a rally this month: “[McCormick] hired almost every person that worked anywhere – if anybody was within 200 miles of me, he hired them. ”

Trump is not backing down from his endorsement of Oz, however, and said on Wednesday morning: “Dr. Oz should declare victory. It makes it much harder for them to cheat with the ballots that they ‘just happened to find’. ”

Oz has so far not done that, but he has hired his own team to help advise him over the weeks to come. The campaign said it had recruited Megan Sowards Newton, a lawyer at the Washington firm Jones Day, who has previously worked with Jeb Bush and Mitt Romney, to lead its legal team.

A spokesperson added that she was being assisted by James Fitzpatrick, who led Trump’s Pennsylvania election day operations in 2020.

“This is already a mess,” said one local party operative. “And it’s only going to get messier from here.”