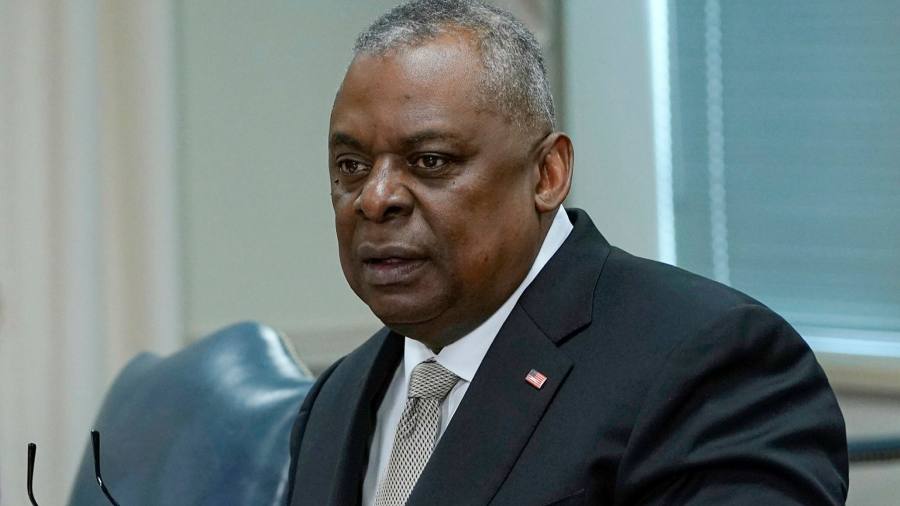 Lloyd Austin, the US defense secretary, has spoken to China’s defense minister for the first time, after Beijing rebuffed repeated requests for a call to be arranged with his proper counterpart, the top general in the Communist party politburo.

Austin spoke to General Wei Fenghe on Tuesday, the first top-level exchange between the two militaries since President Joe Biden entered office 15 months ago. Austin wrote on Twitter that the call was a “follow-up” to the call Biden held with Chinese President Xi Jinping last month.

Austin has made multiple requests to talk to General Xu Qiliang, vice-chair of the Central Military Commission, who the Pentagon says is his appropriate counterpart given that he is the most senior member of China’s defense establishment after Xi, who is also commander-in -chief.

A US defense official said China had rejected requests for Austin to speak to Xu. He confirmed Chinese reports that the US had requested the call with Wei, who China describes as his peer. The official said the US hoped the talks would help pave the way for a later call with Xu.

Zack Cooper, an Asia security expert at the American Enterprise Institute, a think-tank in Washington, said: “I am surprised that Secretary Austin agreed to the call with Minister Wei, since the Pentagon had previously suggested that they viewed General Xu. . . as Austin’s equivalent. ”

General Mark Milley, the chairman of the US joint chiefs of staff, has also not spoken to his Chinese counterpart since the beginning of the Biden administration, according to his office.

The call comes at a time of heightened tensions between the two militaries over everything from China’s assertive activity around Taiwan, its rapid nuclear build-up, its development of hypersonic weapons, and its stance on Russia’s invasion of Ukraine. The Financial Times reported last month that Russia had asked China for weapons to aid its military offensive.

The US official said Austin told Wei there would be consequences if China gave Russia military help, echoing a warning from Biden to Xi last month.

In an interview with the FT last month, Admiral John Aquilino, the top US commander in the Indo-Pacific, warned that the Russian invasion of Ukraine underscored the threat that China poses to Taiwan.

Cooper said he would have expected Austin to have conveyed “the US view that Russia’s struggles in Ukraine should make Beijing more cautious in the context of Taiwan”.

The Chinese defense ministry said in a statement that Wei had called for a strengthening of military-to-military dialogue between China and the US but also warned Washington against underestimating Beijing.

“China hopes to establish a healthy and stable development relationship between great powers with the US, but will also defend its national interests and dignity,” Wei said according to the readout. “The US should not underestimate China’s determination and capabilities.”

The Chinese readout said Austin and Wei had discussed maritime and air security issues and the situation in Ukraine. “China demanded the US stop military provocations at sea and using the Ukraine issue to smear, threaten and pressure China,” it said. 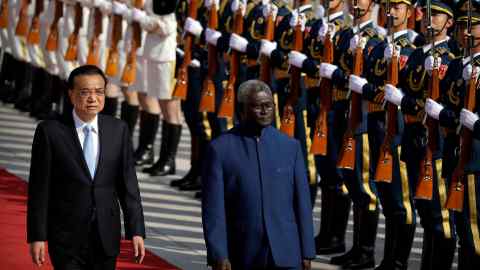 Austin’s call with Wei also comes as the US becomes increasingly concerned about a security agreement that Beijing has signed with the Solomon Islands, a South Pacific nation that has emerged as the latest strategic battleground between the US and China.

Security experts are concerned that the pact will pave the way for China to build a naval base in the country, which is closer to Hawaii and Canberra, the Australian capital, than Beijing.

Kurt Campbell, the top White House Asia official, and Dan Kritenbrink, the top state department Asia official, are heading to the Solomon Islands this week for talks with Manasseh Sogavare, the country’s prime minister, who was instrumental in pushing the security pact.

The US officials and Aquilino on Monday held talks in Hawaii with officials from Japan, Australia and New Zealand. The White House said they discussed the “serious risks” that the Solomon Islands pact posed to a “free and open Indo-Pacific”.

Previous Post
Philadelphia Phillies fan doubted his team the entire game, a split after the victory
Next Post
What Happened With Chris Harrison & Rachel Lindsay? Everything We Know – Hollywood Life

These are the most expensive places to work abroad in 2022

These are the most expensive places to work abroad in 2022 | Fortune You need JavaScript enabled to view it.

Over the past two years, the number of women-owned businesses in the US has noticeably grown - up to roughly 13 million of them today, according to the Women's Business Enterprise National Council.But according to a recent study, the conditions...