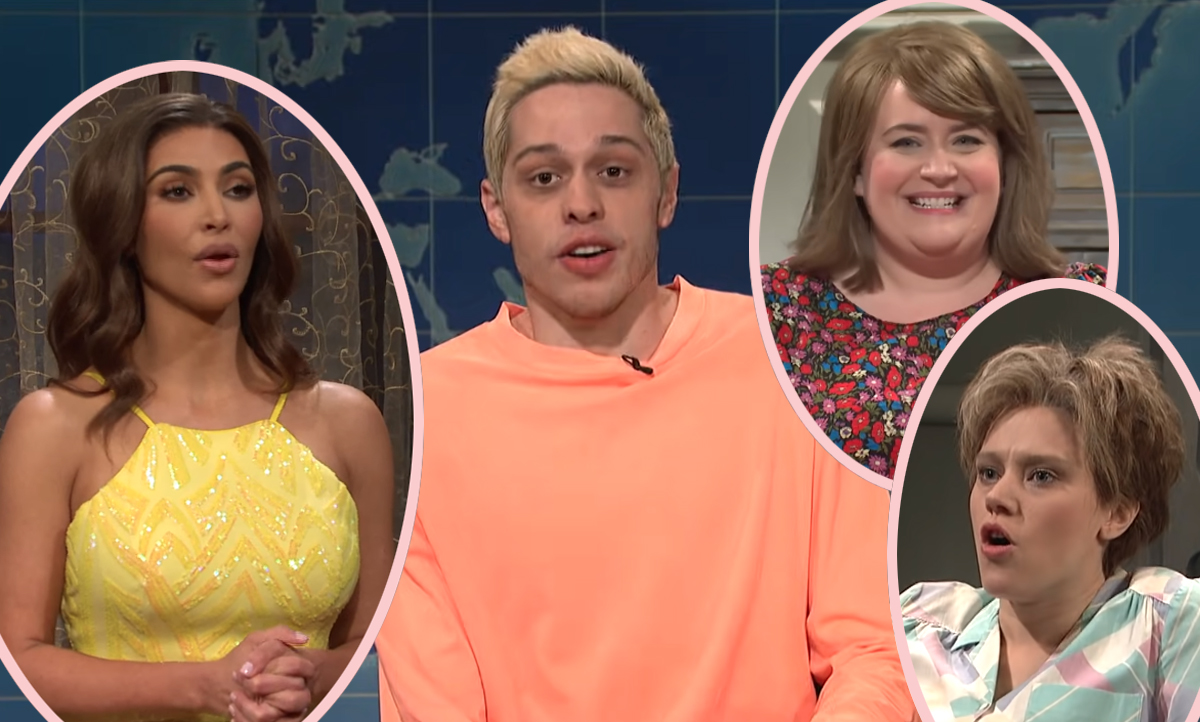 Saturday Night Live will never be the same after this weekend!

The late night staple is set for its biggest cast overhaul in years after Saturday night’s season 47 finale. Who all is leaving ??

First up, the man who’s had one foot out the door for years now: Pete Davidson. Not only has his star been on the rise, with movie and TV roles, he’s also become a WILDLY famous celebrity thanks to his love life. And now that he’s dating Kim Kardashian – and is serious enough about it to get her name branded on him – it honestly makes sense that he might want to move to the West Coast full-time. Plus we’ve heard she’s already got him thinking about his future…

Related: What About The Rumor Kim & Pete Are Moving To Australia ??

He’s really only shown up on the show every now and then, mostly in parody songs like the recent one Short-Ass Moviewith rapper Gunna, Chris Reddand special guest Simon Rex. He’s been getting bigger and bigger movie roles, including The Home and the rom com Meet Cute with Kaley Cuoco. If anything, SNL has become his side hustle while standup and movies are the main gig!

Aidy has been juggling two jobs for the past couple years, both the sketch show AND being the creator and star of Shrill on Hulu. Kyle follows his partner Beck Bennettwho was the only major cast member to leave last year.

Kate has obviously been a huge standout ever since her arrival. She has been nominated for an astounding EIGHT Emmy awards for Supporting Actress in a Comedy Show during her run on the show, winning twice. She’s starred in movies, like the 2016 Ghostbusters reboot, but recently she took the biggest hiatus from the show yet to play Carole Baskin in the Peacock‘s Tiger King scripted retelling, Joe vs. Carole.

Both Bryant and McKinnon have been on the show for a whole decade, believe it or not, with Mooney having come on the next year after them, in 2013. Davidson joined in 2014.

We guess it makes sense as this year featured SNL‘s biggest cast of all time, with 21 members! Wow!

Who will YOU be saddest to see go ??