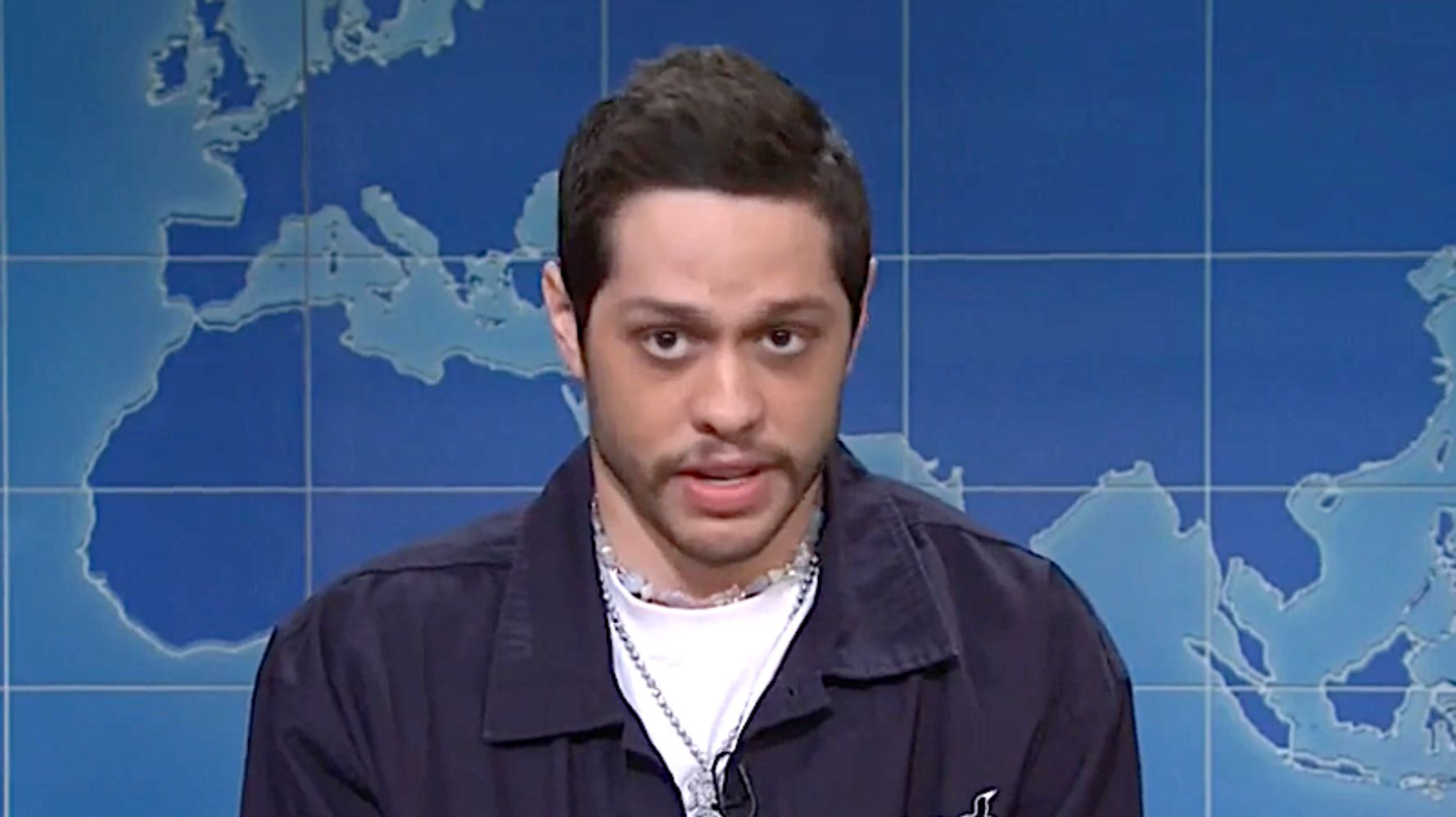 Pete Davidson joked around a bit on “Weekend Update,” mocking Tucker Carlson and saying that people only tune in to his comments to see what he has to say about Kanye West.

But he quickly dropped the laid-back killer attitude to become touchingly sentimental about his last episode of “Saturday Night Live.” He exited the program Saturday after the 47th season finale along with Kate McKinnon, Aidy Bryant and Kyle Mooney.

Davidson ribbed co-anchor Colin Jost about looking like the “only Kennedy who does not drink.” He goofed about what producer Lorne Michaels told him when Davidson phoned in 2018 to say he was getting engaged to Ariana Grande two weeks after beginning to date her: “Oh! Hold on for dear life! ”

Davidson also recalled that when he auditioned for “Saturday Night Live” at the age of 20 in 2014, Michaels told him: “I do not think you’re right for this show, so let’s screw this up together.”

And “that’s exactly what we did,” Davidson said. “And that’s why people who do not think I deserve the job should not hate me since we have so much in common.”

“If anything,” he added, “I should inspire hope that literally anyone can be on ‘Saturday Night Live.’ Seriously, you see a guy bumming cigarettes outside a 7-Eleven at 2 am, that’s not some meth head, that’s the next Pete Davidson! ”

Then, he turned uncharacteristically emotional, thanking “SNL” for “always having my back and allowing me to work on myself and grow.”

And “thank you to Lorne for never giving up on me or judging me, even when, like, everyone else was,” Davidson added. “And for believing in me and allowing me to have a place that I could call home with the memories that will last a lifetime. So thank you, guys, ”

Check it out in the video up top.