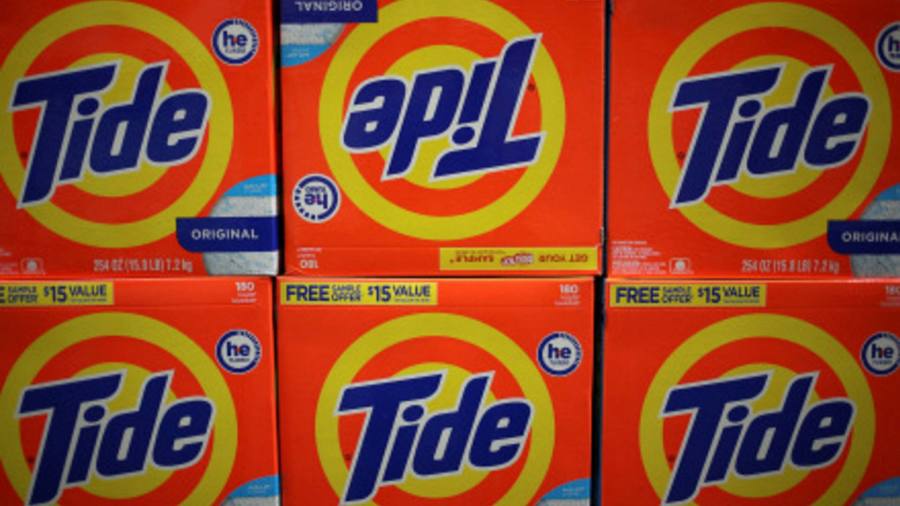 Procter & Gamble has reported its strongest sales growth in two decades as consumers continued to stomach the price increases the company has rolled out since last year.

The company, which is home to products including Oral B toothbrushes, Pampers nappies and Tide laundry detergent, said on Wednesday that organic sales growth hit 10 per cent in the three months ending on March 31, their third quarter – the highest since the company began tracking the metric in 2001.

Conditions could change quickly, but consumers appeared willing to “trade up” in many cases, Schulten said, to higher-priced products that had “superior performance” and were perceived to be better value.

Prices for P & G’s items were up 5 per cent across the board in its third quarter. The group’s ability to pass on rising costs to shoppers was echoed by brewer Heineken, which earlier on Wednesday said it would put up beer prices as it anticipated “significant” increases in its own costs.

The world’s second-largest brewer sold more beer in their first quarter ending on March 31 than expected as European drinkers returned to bars with the lifting of coronavirus restrictions, but it warned of tough conditions ahead.

“We see more macroeconomic uncertainty and expect significant additional inflationary headwinds putting further pressure on our cost base. We will take additional actions including pricing to manage these challenges, ”said Dolf van den Brink, chief executive. Van den Brink warned earlier this year that cost inflation was “off the charts”.

Heineken’s beer volumes rose 5.2 per cent on a like-for-like basis during the quarter, above analysts’ consensus of 3.5 per cent. Expectations for the full year remained unchanged despite inflationary pressures, said Heineken, whose brands include Amstel, Tiger and Moretti as well as its namesake lager.

The brewer’s net revenue rose 24.9 per cent to € 5.8bn, resulting in net profit for the quarter of € 417mn, more than double the figure from a year earlier. Shares in Heineken rose 3 per cent to € 91.88 in late afternoon trading.

Trevor Stirling, analyst at Bernstein, said: “That average prices can grow this much, with volumes also still growing strongly, goes a long way towards proving the ability of the company [and] the sector to put through the necessary pricing to offset input cost headwinds this year and next. ”

Meanwhile, P&G said its headline sales growth climbed 7 per cent to just over $ 19bn, among its best performances since the start of the pandemic. The company forecast overall sales growth in a range of 4-5 per cent, up from 2 per cent to 4 per cent previously.

Taking the shine off that outlook, P&G now expects $ 2.5bn in after-tax “headwinds” from higher commodity costs in fiscal 2022, up from a forecast of $ 2.3bn three months ago. The expected hits from freight costs and foreign exchange are now $ 400mn and $ 300mn, respectively, both up $ 100mn from estimates in January.

Previous Post
“I never panicked because I was like, ‘They got Mike’… It looks like he came from the future, that’s not Bron”
Next Post
Britney Spears Says Pregnancy Is Making Her ‘Hungry’ & Crave Carbs – Hollywood Life

Eli Lilly, Honeywell, Biogen and others

Check out the companies that make headlines before the clock:Eli Lilly (LLY) - The drugmaker beat estimates by 3 cents with adjusted quarterly earnings of $ 2.49 per share, while revenue also beat forecasts. The results were reinforced by a...

It does not look like legendary investor Warren Buffett will be adding bitcoin to his portfolio any time soon.Asked Saturday at the annual Berkshire Hathaway shareholders meeting if he had changed his famously negative views on bitcoin or crypto, the...