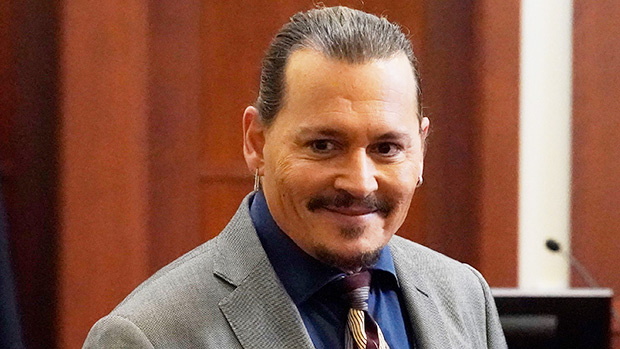 Jerry Bruckheimer explained whether or not he felt like Johnny Depp would return to the massively popular Pirates of the Caribbean series in a new interview with The Sunday Times on Sunday, May 15. When asked whether Johnny, 58, would return to the film series, Jerry responded, “Not at this point,” per E! News.

Johnny’s involvement in the Pirates series has been a major point in his defamation trial against his ex-wife Amber Heard. The actor is suing his ex-wife for $ 50 million, claiming that an op-ed that she wrote for The Washington Post hurt his reputation and cost him lucrative movie deals, including an appearance in the yet-to-be-announced Pirates of the Caribbean 6.

Amber Heard & Johnny Depp: Photos Of The Embattled Exes During Their Bitter Trial & Before Their Divorce

Various people who have worked with Johnny in the industry have testified, explaining how the piece by Amber affected the actor’s career. Johnny’s former agent Christian Carino testified in a pre-recorded deposition that he believed that Johnny was not cast because of the allegations of abuse, following “conversations with studios and other executives, both internal and external,” about why Johnny was having “difficulty” getting cast.

Johnny’s agent Jack Whigham provided further testimony, where he said that Johnny missed out on over $ 22 million by not being cast in Pirates 6. “After the op-ed, it was impossible to get him a studio film,” he said. Amber’s attorney pointed out that there was not a contract produced, but he had argued that he felt like Johnny would’ve secured the deal under different circumstances. “But Jerry Bruckheimer and I were lobbying to make it happen, and so we had hope. And it became clear to me in early 2019 that it was over, ”he said.