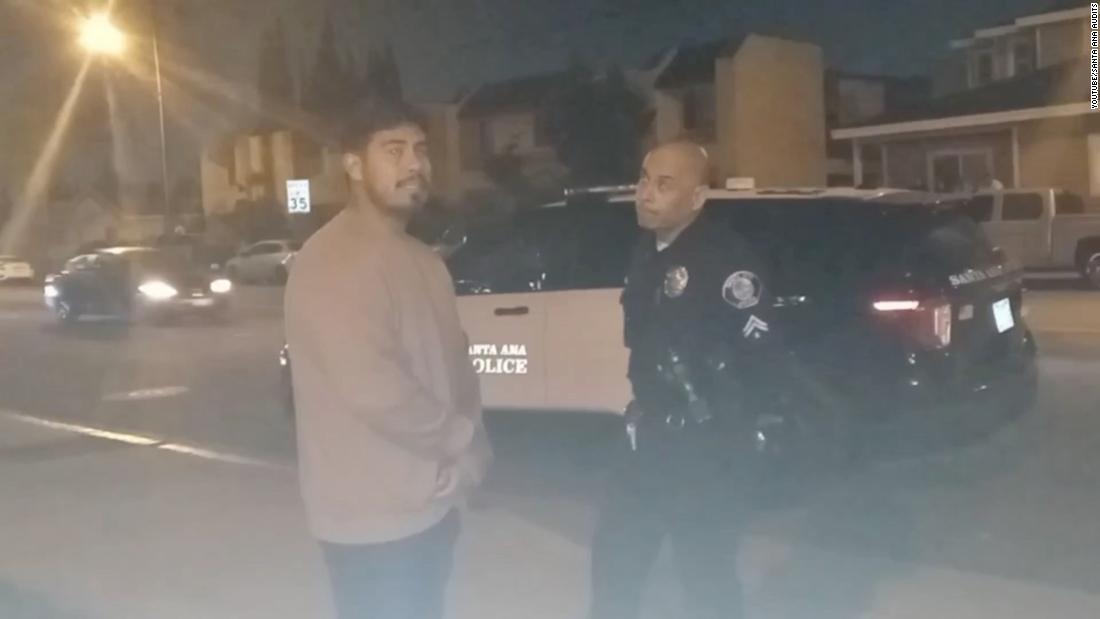 Councilmember Johnathan Ryan Hernandez said at a City Council meeting Tuesday he wants lawmakers to ban the alleged practice after a viral video from early April showed officers apparently blasting loud music on a residential street in Santa Ana while investigating a report of a stolen vehicle late at night .

Disney songs, such as “You Have a Friend in Me” from Toy Story and “Bruno” from Encanto, can be heard in the video posted to Santa Ana Audits, a YouTube channel dedicated to filming interactions with Santa Ana Police.

Videos posted to YouTube and other video hosting sites are often monitored for potential copyright infringement and risk being removed, therefore limiting how widely the content, like the Santa Ana police interaction, could be shared online.

While YouTube has not received any requests to remove the viral video, a spokesperson for the company tells CNN they have a system in place that helps track copyright claims, but does not automatically remove a video containing copyrighted content.

The tactic of playing loud music comes as officers are under scrutiny following the rise of bystanders filming police activity. Incidents like George Floyd’s death have emphasized the importance of recording these interactions and have even spurred some groups to publish apps that help preserve video.

Hernandez told CNN this was his first experience with police playing loud music in his community, which he describes as a working-class neighborhood with a lot of young children.

The person filming the video, who is not identified, can be heard repeatedly asking officers to stop playing the music. About seven minutes into the 13-minute video, Hernandez comes into the frame and asks an officer if something is wrong.

While only parts of the conversation between the two are audible, Hernandez tells CNN the officer he engaged with told him he was playing the music in the hopes that, if the video was posted online, it would be taken down because of copyright infringement.

“My people live here brother, please treat them with respect,” Hernandez says in the video. “There’s kids that need to go to school, there’s people that are working, and you chose to use our taxpayer dollars to disrespect the man with your music. That’s childish.”

After a brief conversation between the two, the officer tells Hernandez he recognizes him as a city councilmember and apologizes.

“This is my district. You’re not going to conduct yourselves like that in front of my neighbors,” Hernandez says, and instructs the officer to also apologize to the person filming the interaction, and the officer complies.

“Now get back in your car and do your job properly,” he said, before the officer apologizes again.

The two continue to speak, and a few minutes later are seen in the video shaking hands and parting ways.

“It’s quite clear that this is a practice we can not condone, it is an unethical practice, and as members of the community, especially public servants, it’s not something we can support as a city,” Hernandez said during the City Council meeting .

“There is no reasoning to ever behave this way with members of the public, especially if you are an officer with a badge and a gun,” he added.

The council decided to revisit the topic after the city attorney drafts a formal proposal.

In a statement on Instagram, Santa Ana police said the department is “aware of a video that has surfaced involving one of our officers.”

“We are committed to serving our community and we understand the concerns as it relates to the video,” the statement reads.

“The Santa Ana Police Department takes all complaints regarding the service provided by the Department and the conduct of its employees seriously. Our department is committed to conducting complete, thorough, and objective investigations.”

Police Chief David Valentin said he expects that “all police department employees perform their duties with dignity and respect in the community we are hired to serve.”

CNN has reached out to the police department and the Santa Ana Police Officers Association for further comment.

Both Hernandez and Santa Ana Mayor Vicente Sarmiento told CNN they’ve spoken to the police chief on the matter. The chief launched an investigation quickly to address concerns and next steps with the community, Sarmiento told CNN. He added that he is glad Hernandez was on stage to address the matter, because otherwise the issue may have never been dealt with.

“We have to hold ourselves as a city accountable and make sure it’s clear that there is no room for that type of conduct,” Sarmiento told CNN.

Lawmaker shares his interaction with police

Hernandez, who is a community health worker for a mental health program, says he was concerned that someone was having a mental health crisis and thought police might be attempting to use the music to calm them down.

But when he went outside, he found police parked on the street, blasting music while a man was filming them while they were investigating a stolen vehicle, he said.

“I walked up to him and I did not really understand what happened, community members were asking police to turn the music off,” Hernandez said.

The councilmember tells CNN supports members of the community filming the police.

“No one is talking about how I am a public official,” Hernandez said. “There are two public officials in that video, and I have no complaints on him filming me. If you are doing good and serving the people, there should be no concerns of what is being filmed.” 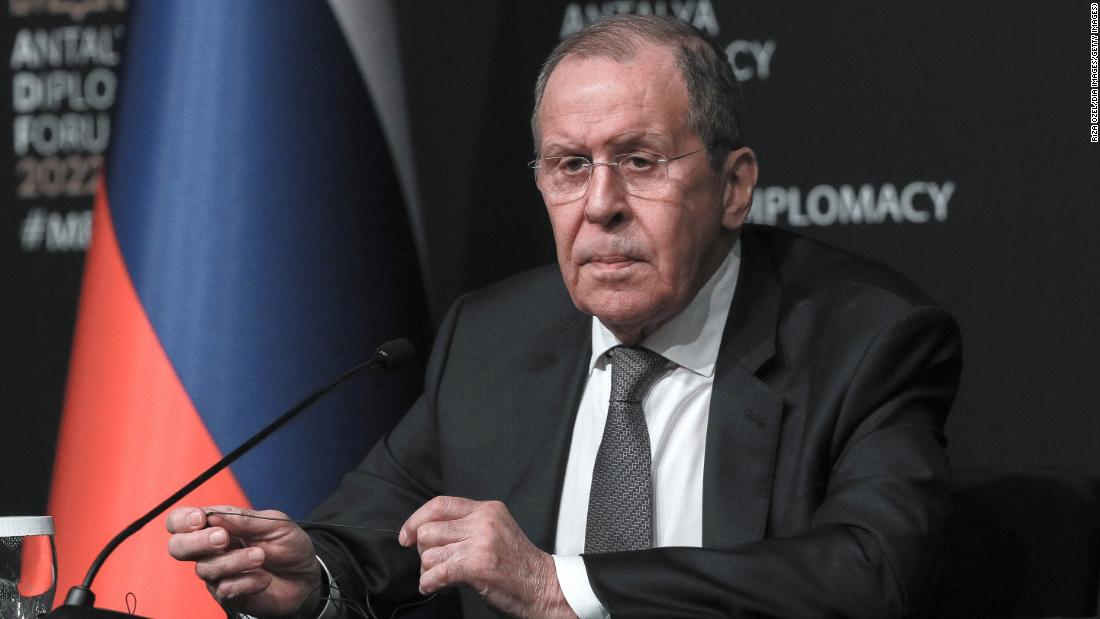 Not only was Lavrov's claim a lie, as the world knows, it was especially offensive since it came a day after a horrific Russian attack on a children's and maternity hospital in Ukraine that has been widely denounced as a...

One of esports and gaming's biggest organizations, FaZe Clan has spent the past decade spreading its reach across every aspect of modern pop culture. "Not only has gaming become an integral part of pop culture but so have gamers and... 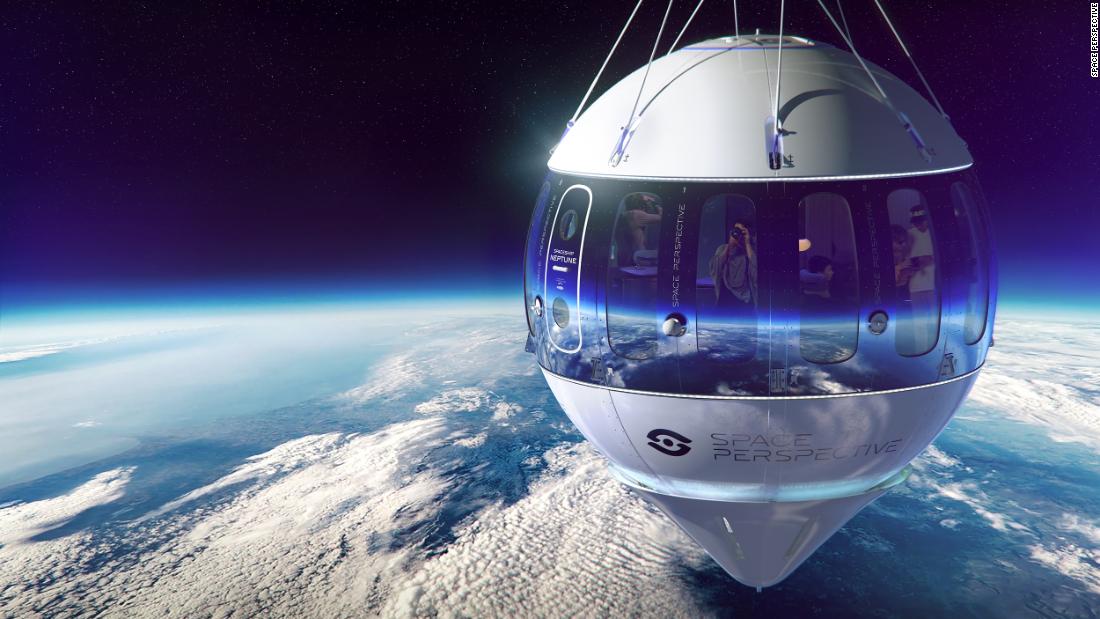 (CNN) — The space tourism race is now firing on all rockets, but one company is hoping to carve out a niche as "the only carbon-neutral, zero-emission way" to travel to the edge of space. Florida-based Space Perspective plans to...