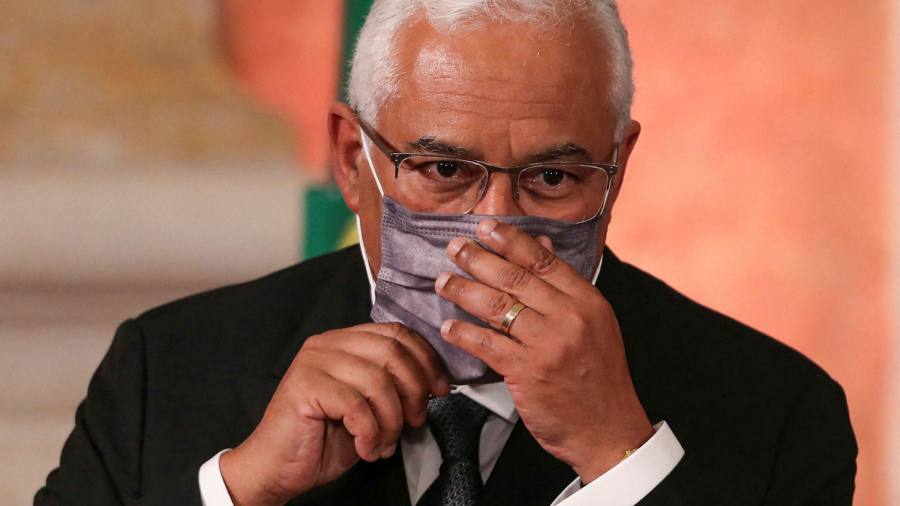 António Costa has made a political career out of promising the Portuguese new beginnings in the wake of game-changing events.

In 2015, the new center-left prime minister made his mark by “turning the page” on the years of austerity which had hit the country hard after the financial crisis. His next government sought to do the same with its handling of the coronavirus pandemic. The goal for his third consecutive term is to overcome the “adverse shock” to Portugal’s economy from the war in Ukraine.

After six years spent leading a minority government dependent on erratic support from the far left, Costa emerged from January’s snap election with an unexpected absolute majority and a clear path for enacting reforms.

But turning the page on the Ukraine conflict could prove his toughest challenge yet. In his inaugural speech, Costa warned that coping with “Europe’s biggest humanitarian crisis since the second world war” would require robust action to “prevent a breakdown of supply chains, hold down energy costs and support vulnerable firms and families”.

Portugal is not significantly exposed to trade with Ukraine or Russia but would be hit hard if the conflict and a European cost-of-living crisis dealt a blow to the tourist industry, which has just started to recover from the pandemic.

Parliament will this week debate a four-year government program focused on investing € 50bn it received in EU funds, including Covid-19 recovery funds, representing about 20 per cent of national output. Costa, one of Europe’s longest-serving prime ministers, has called it a “unique opportunity to break away from growth based on low wages”.

His Socialist party “has been granted exceptional conditions to do what needs to be done without excuses,” said Marcelo Rebelo de Sousa, Portugal’s center-right president, at the prime minister’s swearing-in last week, highlighting economic growth as a top priority.

Costa, who helped shift European policy away from enforcing fiscal rules through austerity measures, advocates emulating the EU co-financed € 800bn pandemic recovery plan to alleviate the economic impact of the Ukraine crisis. Europe’s “broad, bold and co-ordinated” financial response to Covid “worked well, in contrast to how it dealt with the previous [2008-2012] financial crisis ”, he said this month.

Portugal and neighboring Spain, which have limited power and gas links compared to the rest of Europe, are also working with the European Commission to cap the price of natural gas used in generating electricity. Both ideas, however, face resistance.

It was the far left’s vote against the 2022 budget, which it complained did not go far enough in raising public spending, that triggered the early election. Costa waved the rejected budget document during election debates, promising its immediate approval without alteration if he returned to power. But approval is unlikely before July and Russia’s invasion of Ukraine has made substantial changes almost inevitable, including increased social spending to protect families from soaring fuel costs.

Costa has earned respect from Europe’s center-left for balancing increased social spending and anti-austerity policies with fiscal restraint. Portugal’s medium-term stability program aims to cut the budget deficit to zero by 2025, from 2.1 per cent of gross domestic product last year, and to keep output growth above the EU average.

Right-of-center opposition parties, however, attack him for failing to enact reforms to propel the economy forward at a faster rate, as a growing number of eastern and central European economies take over Portugal in terms of GDP per capita. Costa described himself in 2017 as being allergic to the phrase “structural reforms”, indicating he preferred steady progress.

The program being debated this week aims to lift the minimum wage from € 705 a month to “at least” € 900 by 2026, make pre-school education free by 2024, ensure 80 per cent of electricity is produced from renewable sources within four years , up from 58 per cent, and to build 100 public health centers.

Under Portugal’s first female defense minister, Helena Carreiras – a member of the country’s first cabinet to have as many women as men – defense spending is set to increase from 1.55 per cent of GDP to between 1.66 and 1.98 per cent by 2024, below the 2 per cent spending goal set by NATO, of which Portugal is a founding member.

The next chapter in Costa’s career is widely expected to be international. If his previous government had lasted a full term, the timing would have fitted with a potential bid to succeed Belgium’s Charles Michel as European Council president in 2024, a post Costa has made little secret about setting his sights on.

After he brought his five most likely successors into his new cabinet and moved the European affairs portfolio under his direct control, many assumed he was preparing to step down midterm to pursue the role in Brussels. But at Costa’s swearing-in ceremony, Rebelo de Sousa warned that he would call another early election if Costa resigned midterm, saying voters had elected a man as well as a party.

Costa, 60, may have to wait until 2026 to leave domestic politics behind, at which point he would become Portugal’s longest-serving prime minister since the return of democracy in 1974.

“Costa is an ambitious and determined politician,” said Paula do Espírito Santo, a political science professor at the University of Lisbon (ISCSP). “If a good opportunity arises in Europe, he will pursue his purpose.”