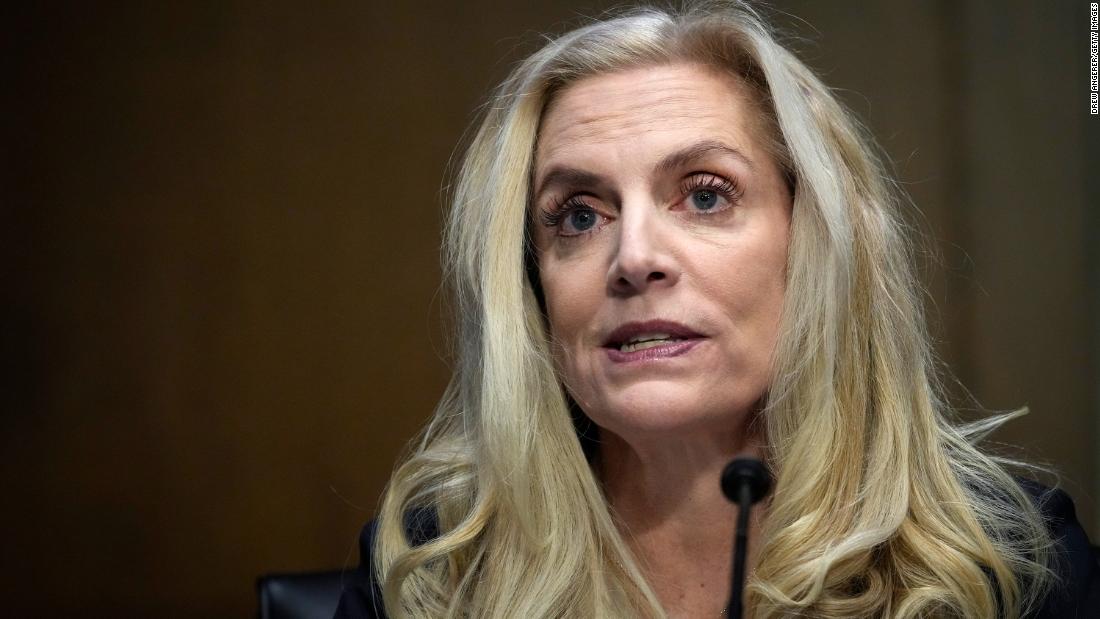 Investors are weighing that question after a key member of the central bank who has historically favored a gentler approach to raising interest rates talked tough about the central bank’s need to fight rising prices.

“It is of paramount importance to get inflation down,” Federal Reserve Governor Lael Brainard said in a speech Tuesday.

She said the central bank would move to “rapidly” shrink its nearly $ 9 trillion balance sheet this year, unraveling the huge bond-buying program launched at the start of the pandemic, while also hiking rates.

Brainard’s commentary “cleared the way” for a super-sized interest rate hike at the Fed’s next meeting in May, according to Bespoke Investment Group.

That sparked a strong response across financial markets. After Brainard spoke, the yield on the benchmark 10-year US Treasury note hit its highest level in nearly three years, soaring to 2.56%. Bond yields move opposite prices, so that indicates a sharp sell-off.

David Madden, an analyst at Equiti Capital, said the moves were sparked by the “realization” that central banks are set back to pull back support for the economy even faster than had been expected, even though the war in Ukraine has clouded the outlook for growth.

“Not only are they continuing down the path, they seem to be accelerating their language,” Madden told me.

Market sentiment is holding up for now. The CNN Business Fear & Greed Index remains in “neutral” territory, after producing an “extreme fear” reading one month ago.

But worries are clearly growing that the Fed could be so aggressive in fighting the highest inflation in 40 years that it sparks a recession. Deutsche Bank on Tuesday became the first major bank to predict this would happen.

“We no longer see the Fed achieving a soft landing,” Deutsche Bank economists led by Matthew Luzzetti wrote in the report. “Instead, we anticipate that a more aggressive tightening of monetary policy will push the economy into a recession.”

The bank, while citing “considerable uncertainty” around its forecast, predicted that the US economy will shrink during the final quarter of next year and the first quarter of 2024, though the contraction should be much more mild than the past two downturns.

The turbulence could continue on Wednesday as Wall Street pores over the Federal Reserve’s minutes from its March meeting for clues on its next steps.

JetBlue thinks it can win a fight to buy Spirit Airlines

Budget carrier Spirit Airlines (SAVE) is a hot commodity right now.
On Tuesday, JetBlue (JBLU) made an unsolicited $ 3.6 billion offer to buy the company. The twist? The bid could derail a proposed deal between Spirit and Frontier Airlines announced earlier this year.

JetBlue’s cash offer is about 33% higher than the value of Frontier’s stock-and-cash offer, my CNN Business colleague Chris Isidore reports.

It has good reason to want to emerge victorious. If Frontier and Spirit combine, they would leapfrog JetBlue to become the nation’s fifth largest airline, competing directly with American, United, Delta and Southwest, which together control more than 80% of the market.

“The combination of the two airlines would position JetBlue as the most compelling national low-fare challenger to the four large dominant US carriers,” JetBlue said in a statement.

CEO Robin Hayes played up JetBlue’s relative popularity. Frontier and Spirit had the industry’s worst customer satisfaction ratings for 2021, according to the American Customer Satisfaction Index. JetBlue was tied for third best.

“Customers should not have to choose between a low fare and a great experience, and JetBlue has shown it’s possible to have both,” Hayes said.

What happens next: Spirit said that it’s working with its financial and legal advisers to evaluate the proposal. Shares of the airline spiked 22% on Tuesday after the New York Times disclosed the bid. JetBlue fell 7%.

Elon Musk is already shaking things up at Twitter

That did not take long. Just one day after Tesla (TSLA) CEO Elon Musk disclosed that he’d scooped up a 9% stake in Twitter, making him his largest shareholder, the company announced that he would join its board of directors.

With a board seat, Musk is poised to have more influence over the company and its direction.

“I’m excited to share that we’re appointing @elonmusk to our board!” Twitter (TWTR) CEO Parag Agrawal said Tuesday. “Through conversations with Elon in recent weeks, it became clear to us that he would bring great value.”

Musk responded that he is “looking forward to working with Parag & Twitter board to make significant improvements to Twitter in coming months!”

Sign of a shakeup: Musk tweeted a poll to his followers on Monday asking if they wanted Twitter to have an edit button, the subject of longstanding debate on the platform.

Late Tuesday, Twitter said it’s been developing a feature for the past year that will allow users to edit their tweets, and that testing will become available “in the coming months.”