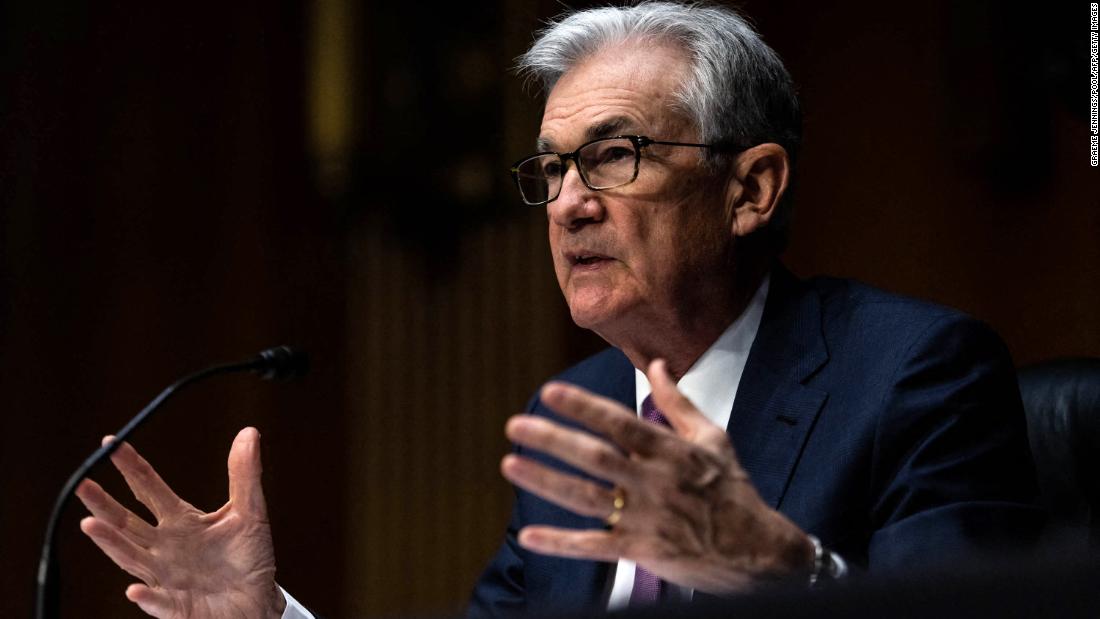 “The near-term effects of the crisis appear to be inflationary, but the hit to growth is tougher to discern and puts central bankers in a very tough spot,” said Michael Schumacher, head of macro strategy for Wells Fargo Securities.

Powell did not specify the size of the hike. Schumacher thinks he will “hint strongly” on Wednesday that the Fed will raise rates by 0.25 percentage points.

Others think he will look to keep all options open given how fast the situation in Ukraine is developing.

“Once markets settle down, the major implication for the Fed from geopolitical tensions will be renewed inflationary pressure through higher energy prices and newly disrupted supply chains,” Citigroup’s team told clients. The bank thinks Powell will leave the option for a larger hike “on the table.”

Breaking it down: Powell’s testimony will be an important opportunity to provide investors with some clarity after the turbulence of the past week.

Attention will not just be on the outlook for interest rates, but also on the future of the Fed’s huge bond-buying program, another lever it’s used to bolster the economy. The Fed is set to wrap up purchases of tens of billions of dollars in securities earlier this month.

Yet the war in Ukraine has put the central bank in a difficult position. Prices for energy and other commodities like wheat, a key export from Russia and Ukraine, are soaring. That could weigh on global economic growth if it causes consumers to pull back spending.

That means the Fed has to be careful about hiking interest rates or taking steps to reduce the holdings on its balance sheet, in case it triggers a recession or fresh market tumult.

At the same time, higher inflation is exactly what policymakers have been so worried about, and many economists have already accused the Fed of being behind the curve. US President Joe Biden said during his State of the Union address on Tuesday that combating inflation is his “top priority.”

That’s why the path ahead is so murky. Robert Sears, chief investment officer at Capital Generation Partners, said that if there’s any sign that markets aren’t functioning normally, the Fed could even start increasing its roughly $ 9 trillion balance sheet again.

“Any risk of contagion in the system, you’re likely to see balance sheets expand,” Sears told me. “There’s going to support the system.”

Oil prices jump above $ 110 per barrel as fear grows

Global crude oil prices surged to more than $ 110 per barrel and the cost of natural gas skyrocketed to a new record in Europe on Wednesday as Russia’s escalating military campaign in Ukraine stoked fear in markets.

Russia’s energy riches have not been directly targeted by Western sanctions imposed following the invasion of Ukraine. But Moscow is finding it harder to sell shipments of Russian crude oil to traders and refineries worried about being caught in the fallout from sanctions targeting the financial system.

Tanker operators are wary of the risk to ships in the Black Sea, and major global oil companies are ditching their operations in the country.

Russia’s flagship Urals oil grade was trading at an $ 18 per barrel discount to Brent crude on Wednesday as buyers shunned Russian exports, according to analysts at Commerzbank.

“Oil price differentials are reflecting a clear unwillingness to take Russian crude, and there continues to be [a] risk of more sanctions that could indirectly or directly impact oil purchases or supplies, “said S&P Global Commodity Insights’ Shin Kim, head of oil supply and production analysis.

Natural gas flows from Russia to Western Europe are continuing normally, according to Alex Froley, a market analyst at Independent Commodity Intelligence Services. But there’s “a lot of uncertainty and concern about how things could change,” he told me.

What happens next? The massive price hikes come despite efforts by the West to calm markets. On Tuesday, the United States and 30 other members of the International Energy Agency authorized the release of 60 million barrels of emergency oil reserves, which would cover roughly two weeks of Russian oil shipments.

The Organization of the Petroleum Exporting Countries is scheduled to meet Wednesday with allied producers including Russia as the group comes under intense pressure from the West to dramatically increase output. But Saudi Arabia’s government said Tuesday that it thinks OPEC + should stick to its plan of gradually increasing output.

Shipping companies will not sail to Russia anymore

Two of the world’s biggest container shipping companies are halting cargo bookings to and from Russia, another squeeze on the country as its economy comes under enormous pressure from Western sanctions.

“As the stability and safety of our operations is already being directly and indirectly impacted by sanctions, new Maersk bookings to and from Russia will be temporarily suspended, with the exception of foodstuffs, medical and humanitarian supplies,” shipping giant Maersk said in a statement on Tuesday.

“We are deeply concerned by how the crisis keeps escalating in Ukraine,” the company added, noting that it has started “seeing the effect on global supply chain flows such as delays, detention of cargo by customs authorities across various transshipment hubs, unpredictable operational impacts. “

MSC, a Swiss-owned container shipping line, also said it will stop all cargo bookings to and from Russia starting Tuesday.

Why it matters: These companies were not required to suspend sailings under the sanctions placed on Russia by Western nations. But it’s a further sign that businesses are finding it in their own interest to cut business ties with the country. There are risks to their corporate reputations, and concerns about receiving payment with Russian banks under strain.

The shift from shipping companies will also add to stress on Russia’s economy, preventing key imports of goods.

“The country is now cut off from a huge slice of the globe’s shipping capacity,” Hargreaves Lansdown analyst Susannah Streeter said in a research note.