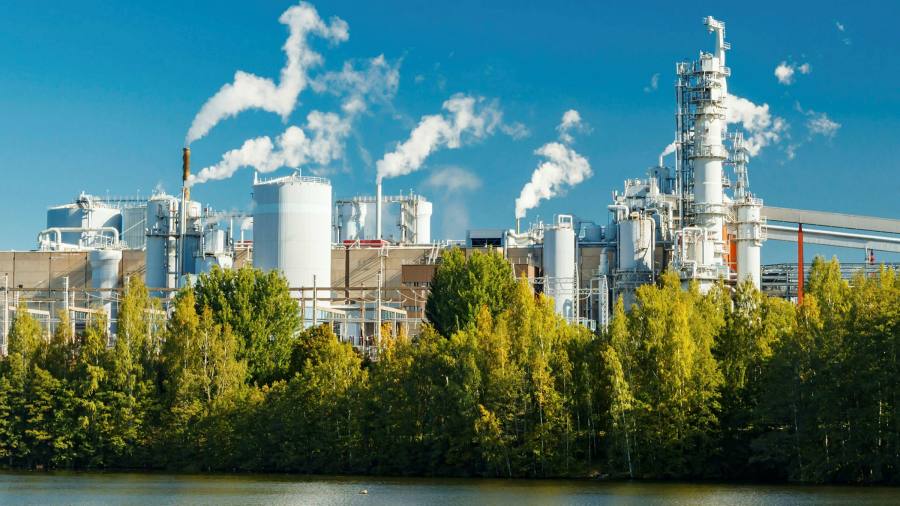 European printers have warned that industries such as food and consumer goods could suffer significant disruption to their supply chains because of a growing shortage of paper.

Strikes by thousands of workers at mills owned by forestry group UPM-Kymmene in Finland have exacerbated paper shortages that started with an unexpectedly strong rebound in demand after lockdowns eased.

Finat, which represents more than 1,000 European label producers, has warned of supply disruptions because of shortages in specialized paper types.

Jules Lejeune, managing director of Finat, said: “I’m receiving daily calls and emails from members expressing extreme concern as they have to put people on hold as they cannot produce. Labels are used in all sectors – food, beverage, pharmaceutical, health, personal care, automotive, electronics. What is of most concern is the [consumer goods] page.”

Publishers, newspaper groups and other businesses are already feeling the effect of paper shortages and a quadrupling of some prices in the second half of last year. Asset manager Abrdn was recently forced to delay a vote on a £ 1.5bn deal, after struggling to produce the printed documents it is required to send out to shareholders.

UPM supplies Europe with about 40 percent of the backing sheets for labels, according to Cees Schouten, chief operating officer of Geostick. The Dutch group’s monthly production of labels is likely to fall from 2.5mn to 1.5mn square meters in March.

“We must decide where to prioritize delivery of labels. It could cause disruption for the food, logistics and fast-moving consumer goods industries, ”he said.

Francesc Egea, director-general of Spain’s IPE Industria Gráfica, said that fresh food was particularly at risk of not making it to the shelves without labels.

Consumer goods and logistics companies pointed to alternatives such as temporarily switching to plastic and printing directly on packaging but these might not be achieved easily with other supply chains stretched.

The UPM strikes, which began on January 1 and have been extended to March 12, relate to the company’s plans to make division-by-division deals with unions instead of a company-wide arrangement. A planned strike by workers at Finnish ports from Monday could make matters worse.

The high paper prices and shortages are a stark reversal for an industry that has suffered from oversupply due to falling demand since the 2000s with ever-advancing digitalization.

One industry executive said they were turning down a “surge” of new buyers looking for alternative supplies. “Can we increase production? The answer is simply no. Everyone in the industry is running flat out, ”he said.

Paper companies have been shutting down or converting mills to supply the packaging industry that has benefited from the boom in ecommerce and shift away from plastics.

“We’ve been sold out through the last six months of last year. I would suspect without something popping out of the woodwork we will be in a sold out position this year. We’re adding capacity but it’s already being eaten up, ”he said.

Jesper Jungersen, managing director of Aller Tryk, the largest publisher of weekly magazines in the Nordic region, said it has cut production 10 per cent because of paper shortages – with potentially lasting effects on demand.

“We fear that people will go digital – it’s not caused by the fact that prices are going up but the fact we can not get enough paper,” he said.