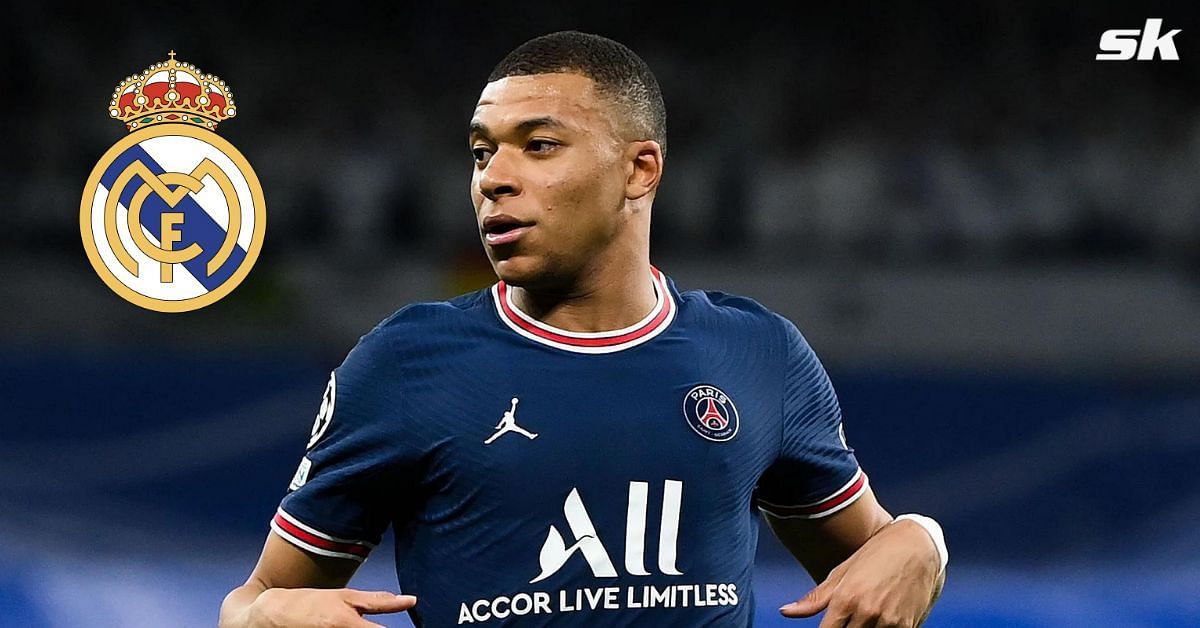 Paris Saint-Germain (PSG) forward Kylian Mbappe has claimed that he will be supporting Real Madrid in the final of the UEFA Champions League against Liverpool on May 28.

One of the longest-running transfer sagas in recent memory has come to an end with Mbappe putting pen to paper on a new deal with PSG.

The 23-year-old had seemed set for a move to Real Madrid with his contract expiring but the Paris side made an astronimical last ditch attempt to keep their star man. And it worked with Mbappe signing a new three-year deal, keeping him at the Parc des Princes until 2025.

There may be a lot of resentment from Madrid over the talismanic forward’s decision not to join Los Blancos but Mbappe still holds the La Liga champions in high regard.

He spoke (via Fabrizio Romano) ahead of the Champions League final where Real Madrid face Liverpool. The PSG star said that he will be supporting the Spanish side when they make the trip to Paris.

“I’d like to thank Real Madrid and Florentino Perez. I understand their disappointment now. I really understand the honor and privilege to be wanted by an institution such as Real Madrid. I will be Real Madrid’s first supporter for the Champions League final in Paris, my house. “

The football world is still coming to terms with the fact that Kylian Mbappe will be remaining at the Parc des Princes. It had seemed nailed on at one point that the striker would be linking up with the likes of Karim Benzema and Luka Modric in Madrid this summer.

But he remains part of the PSG side that will be looking to have a much better outing than this campaign in the Champions League. Ironically, PSG faced Madrid in the round of 16 this season, looking to finally win a long-desired first Champions League trophy.

Kylian Mbappe’s brilliance had put the Parisians in control from the first-leg, his goal being vital in taking a 1-0 lead to the Bernabeu for the second-leg.

One week ago, we were treated to some scenes in Paris

Kylian Mbappe. Real Madrid. Stoppage time.One week ago, we were treated to some scenes in Paris 🔥#UCLhttps://t.co/VhGzHv0H3A

He once again proved his worth in the first-half of the second-leg also, scoring a phenomenal strike with his side seemingly on course to make the semi-final. But as has been the case throughout this year’s Champions League, Madrid would bounce back.

Karim Benzema’s second-half hat-trick did the damage as the 33-year-old stole the headlines on a night where Mbappe should have sealed PSG a quarter-final berth.

Now that he has decided to stay at Paris rather than join Madrid, Mbappe will be looking to lead the Ligue 1 champions to a first Champions League title next season.