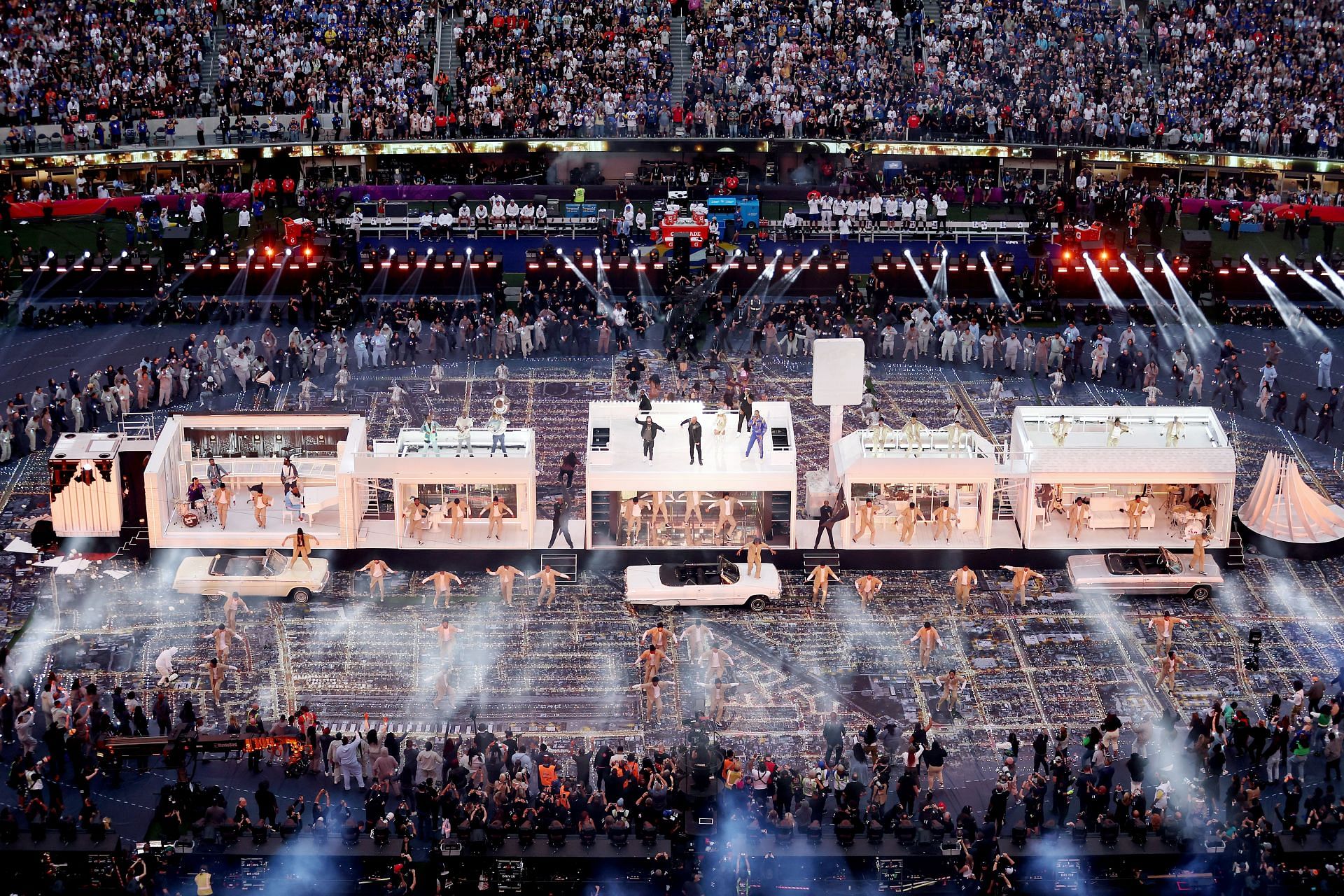 The Dodgers are known for capitlizing on the fame of Hollywood, enticing stars from all corners of Tinsletown to bring their own brand of starpower to the game. On Wednesday, the team was graced with the presence of Pulitzer Prize winning rapper and musician, Kendrick Lamar.

Lamar, who recently announced his fifth album Mr. Morale & The Big Steppers, ventured out into the public eye to watch the Dodgers close out their series with the Atlanta Braves. While some celebrities enjoy a luxury box or seats behind home plate, Lamar was happy to soak in the vibes of true Dodgers fandom in the right field pavilion.

The Dodgers relied on the bat of former Atlanta Braves clubhouse leader Freeman who clubbed a two-run home run in the first inning to give the home team all the runs they needed. It was Freeman’s second home run of the season and of the series.

Freeman delivered a clutch home run in the first inning of the series opener as predicted earlier this week. Tony Gonsolin shut out the Braves through six innings for the win.

It was an emotional win for Freeman, the 2020 NL MVP. He faced the team that drafted, developed, and molded him into the star before he signed with the Dodgers for six years to likely close out the prime of his career.

The Dodgers have enjoyed a level of early success. Manager Dave Roberts’ proclamation that the team would recapture the World Series title seems more realistic by the day. They are firing on all cylinders with offense, pitching and bullpen operating in midseason form. The team currently leads the National League West while the Atlanta Braves are struggling in the middle of the National League East.

Freeman’s two-run shot was a bullet to the right field section that housed Lamar and his entourage. If the team continues to dominate, Dodgers Stadium could be a hotspot for celebrities from all walks of life looking to enjoy a star studded lineup worthy of an Oscar. World Matchplay: Gerwyn Price has yet to win in Blackpool, but he wants to put that right | Darts News

You can watch the 29th staging of the World Matchplay across nine days from July 16-24, as the sport's biggest names compete for a tournament-record £ 800,000 in prize money and the coveted Phil Taylor Trophy - live on Sky... Aaron Ramsey: Rangers sign former Arsenal midfielder on loan from Juventus for the rest of the season | Transfer Center News

Aaron Ramsey has joined Rangers on loan from Juventus for the rest of the season.Ramsey's move is seen as a major coup for Scottish Premier League leaders, with Juventus collaborating on salaries to ensure he fits into the Ibrox side's... Gronkowski, who first retired in 2019 after winning the Super Bowl three times with the New England Patriots, came out of retirement in 2020 to reunite with long-time team-mate Tom Brady. Last Updated: 21/06/22 8:01 pm Four-time Super Bowl winner...