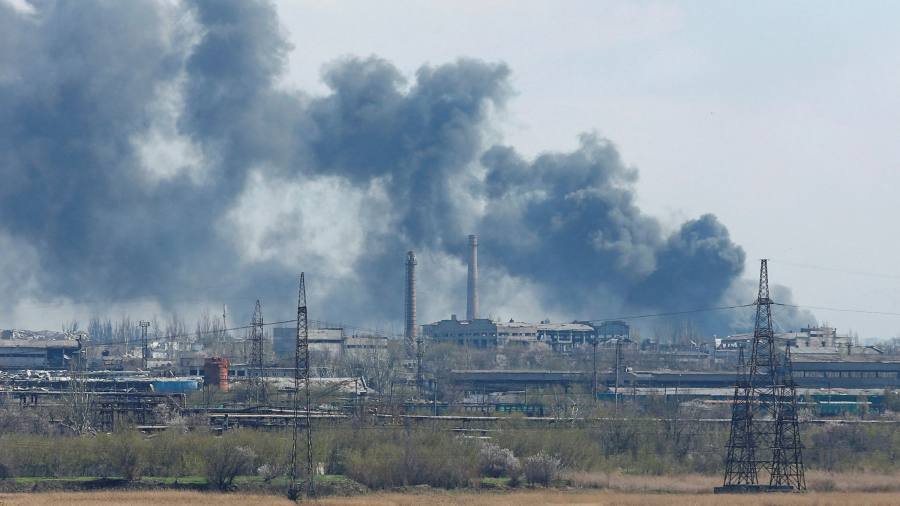 President Vladimir Putin on Thursday ordered Russian forces to “block off” the last remaining Ukrainian fighters at the Mariupol steelworks as he claimed Moscow had conquered the port city.

Putin hailed Mariupol’s “liberation” after a two-month battle – a victory that would mark a major success in his war – but Ukraine has depicted the steelworks in recent days as its final bulwark against the invaders.

At a meeting with Defense Minister Sergei Shoigu, Putin told him to congratulate Russia’s forces for taking the city, an important target for linking separatist-held areas in the eastern Donbas region with territory it captured in southern Ukraine.

But Shoigu, while saying Russian forces controlled Mariupol’s residential areas, acknowledged that his troops were still fighting in the Azovstal steelworks.

The Russian president told Shoigu not to storm the plant but instead “block it off so that a fly can not get in”.

The last Ukrainian fighters are holding out in underground passageways at Azovstal alongside about 1,000 civilians.

Ukrainian forces did not immediately comment on Putin’s claims.

Capturing Mariupol, a crucial port for Ukrainian metals exports, would enable Moscow to link the annexed Crimean peninsula to mainland Russia, potentially allowing Putin to claim he had achieved his major objectives even as the invasion continues to sputter.

Shoigu also claimed Mariupol was the “capital” of the far-right nationalist Azov Battalion, giving Russia a potential opportunity to say it had achieved its vaguely defined goal of “denazifying” Ukraine.

Kyiv has said the city is all but destroyed and at least 20,000 civilians have been killed during Russia’s siege with heavy artillery, missile strikes, and long-range bomber attacks.

Kyiv has been seeking safe passage out of Mariupol for the remaining fighters and civilians sheltering underground, said to include children, elderly and wounded people.

Ukraine has offered to send representatives to the city to negotiate the departure of the military garrison and civilians.

Svyatoslav Palamara, deputy commander of the paramilitary Azov Battalion’s regiment in Mariupol, said in a video on Wednesday that fighters inside the complex wanted to evacuate their wounded and take the bodies of the dead and bury them with honor in territory not controlled by Russia.