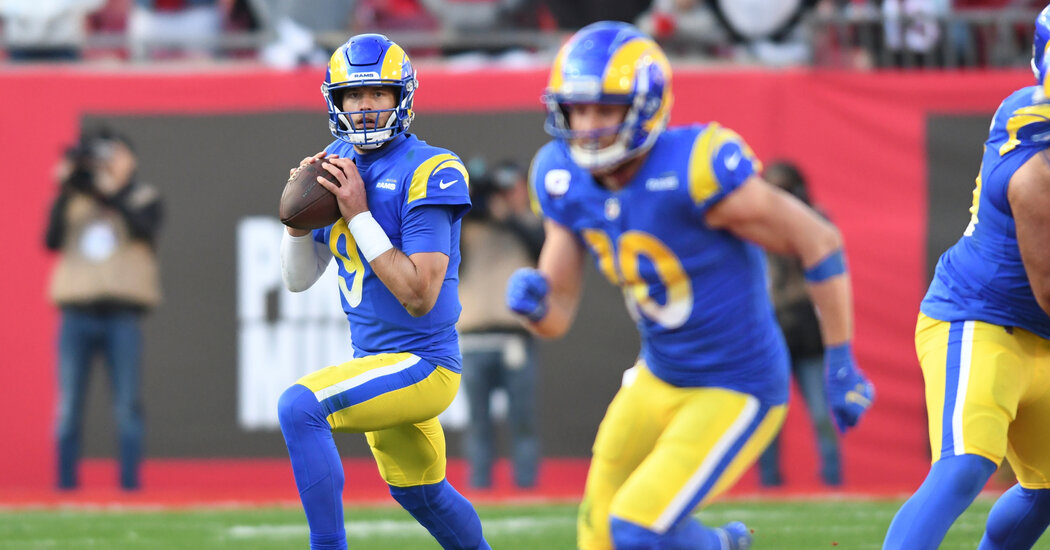 As head coaches, Shanahan, 42, has had the upper hand on McVay, 36, but the Rams this year have closed the talent gap by aggressively building out their roster. General manager Les Snead traded much of the team’s draft capital to acquire cornerback Jalen Ramsey in 2019, and then quarterback Matthew Stafford and linebacker Von Miller this season. Wide receiver Odell Beckham Jr. also joined midway through the year as a free agent.

Though his 17 regular-season interceptions tied for first in the league, Stafford also threw for 4,886 yards and 41 touchdowns, both top-three figures. Cooper Kupp led the league in yards (1,947), receptions (145) and touchdowns (16), and Beckham morphed into a reliable second option, giving the Rams the big-play options that McVay loves to use to stretch defenses.

Stafford can be goaded into mistakes, however, and the 49ers’ defense bottled up the Rams for long stretches in their two games this season. The front line of Nick Bosa and Arik Armstead, in addition to Arden Key, are a powerful force. Key in particular has been a surprise. Signed as a free agent after three years with the Raiders, Key had 6.5 sacks, 17 quarterback hits and five tackles for a loss. Collectively this postseason, the defensive front helped hold two of the best offenses in the league – Dallas and Green Bay – to 27 points, and did so on the road in both cases.

Los Angeles ‘offensive line allowed seven sacks in the last two games against San Francisco, and must protect Stafford from the pass rush so receivers can exploit the 49ers’ secondary, a weak spot.

By contrast, San Francisco’s offense is predicated on exotic motions and play-action passes across the middle of the field, the latter of which is enabled by Jimmy Garoppolo’s quick release (in their last two meetings, Garoppolo’s throws were clocked as leaving his right hand within 2.35 seconds, according to NFL NextGen Stats).