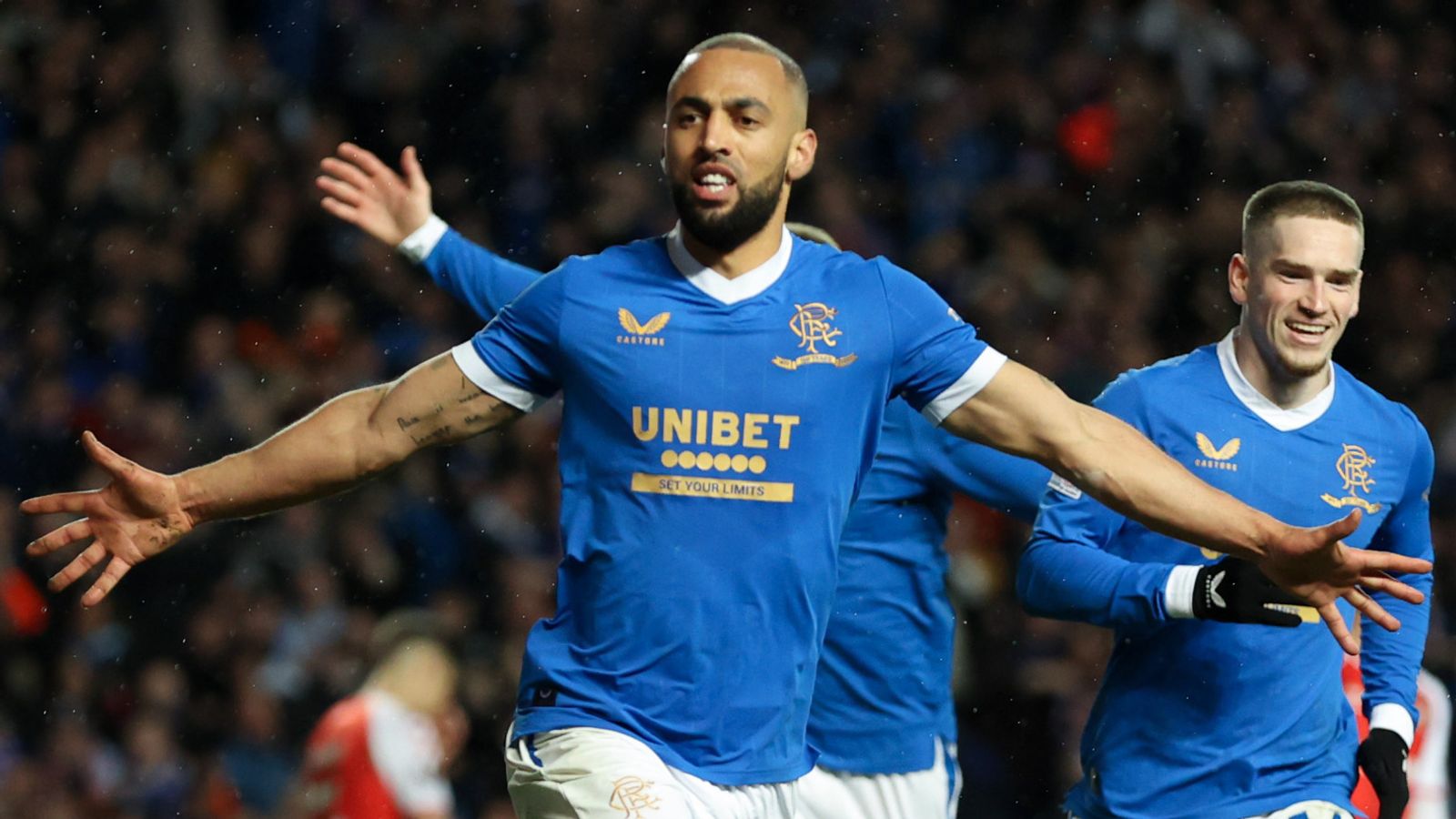 Rangers will have Kemar Roofe available to lead the line as they look to make history in Seville and win the Europa League.

Giovanni van Bronckhorst revealed the striker, who has not played since injuring his knee in Rangers Scottish Cup semi-final victory over Celtic last month, is ready for their biggest match in recent history.

The manager said: “He trained for the first time with us yesterday and had individual training before that so he will be in the squad and if I want to use him he’s ready.” 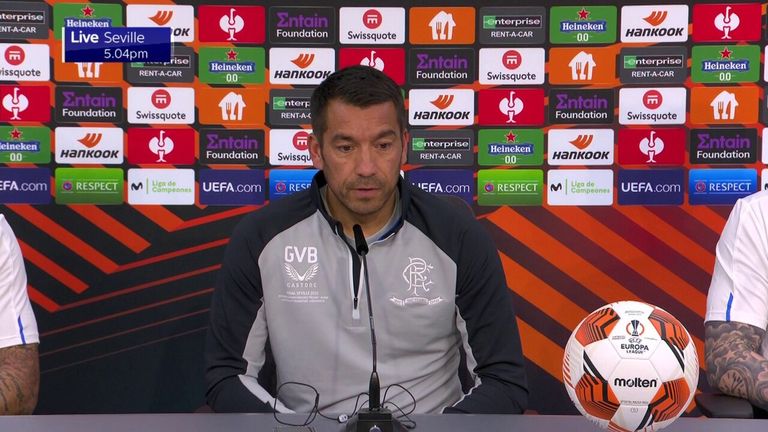 Roofe has scored 17 times this season from 17 starts and 16 substitute appearances and hit the extra-time goal that took Rangers past Braga in the quarter-finals.

With top goalscorer Alfredo Morelos out for the season with a thigh injury, Rangers have started midfielder Joe Aribo and wide attacker Fashion Sakala in the center-forward role in recent weeks.

So Roofe’s return to fitness is a major lift for Rangers, even though the Light Blues managed without him in the last four.

“Of course it’s a boost for us,” Van Bronckhorst said. “He got injured a couple of weeks ago, he was in a good spell, very important for the team.

“I’m happy that he is back because he was working hard to be ready for the Leipzig game.

“He did not make it so we just extended it for him for the final. He is here and he is ready to play his part.”

The manager is under no illusion about the threat Eintracht Frankfurt will pose on Wednesday night.

Rangers go into the match as slight underdogs, something the Dutchman has relished throughout the competition.

“They had great ties against Barcelona and West Ham so they deserve to be here and it’s two clubs with a big history and huge and loyal fan base,” he said.

“Of course, it’s different when you see the attention from media but we have to make sure we concentrate on our game.

“We have done it for so many previous games but it’s a big game that comes with pressure but you need that in any top sport to perform well and that’s what we have to do.”

Van Bronckhorst has also hinted that Aaron Ramsey could start in the final.

The on-loan Juventus midfielder has been plagued with injury since joining in January, but Van Bronckhorst revealed he is in contention.

“Aaron is an important player for us. He had problems with injuries and I would have wanted more game time for him but he always came back strong and physically he will be much better for his recent games.

“You need experience as well in these games and they can help the squad.”

Officially only around 9,500 Rangers fans have tickets for the final, with over 100,000 expected to be in Seville for the match.

Fan zones are being set up in the city for those who can not get into the Ramón Sánchez-Pizjuán Stadium and Van Bronckhorst wants everyone to enjoy the occasion.

“It’s not about numbers, you can bring 50 people and they will give you chaos. I know we have a lot of people traveling and we have to enjoy the occasion as manager, players fans in and out of the stadium,” he said.

“We have to enjoy it and make sure we are not causing any problems and let the game decide who is the winner.

“I know half will go home really happy and half really angry but we should respect the host city.”