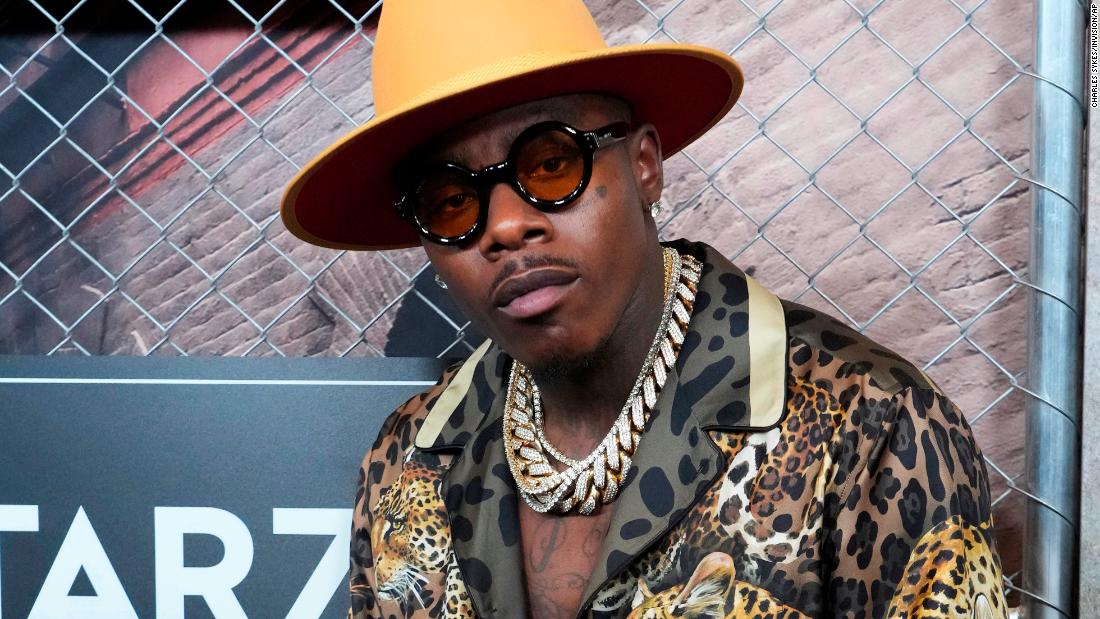 A 26-year-old man allegedly climbed the fence surrounding the property and was shot, according to an incident report from Troutman Police (TPD). No charges were filed in the shooting as of Thursday night.

DaBaby, whose real name is Jonathan Kirk, was on the property at the time of the shooting, according to TPD. Police did not release the name of the shooter and would not confirm whether DaBaby lives at the residence.

“I can confirm the shooting did not occur inside the residence and that Mr. Kirk was on the property,” police chief Josh Watson told CNN in an email. Watson said the investigation is in “an ongoing status” and he was not able to provide further information.

Around 8 pm ET Wednesday, police arrived at the residence and found a man “suffering from a non-life threatening gunshot wound, TPD said in a statement.

The shooting victim was transported by Iredell County EMS to a medical facility to treat his injury, the statement said.

A manager for the rapper declined to comment Thursday.

The eight-time Grammy-nominated rapper is a North Carolina native.

DaBaby made headlines last summer when he made false and disparaging comments about gay men and HIV during a performance in Miami. The comments were quickly condemned by fans, LGBTQ + groups and other celebrities, including Elton John, Dua Lipa and Madonna, and DaBaby later apologized.

The town of Troutman is located around 35 miles north of Charlotte.