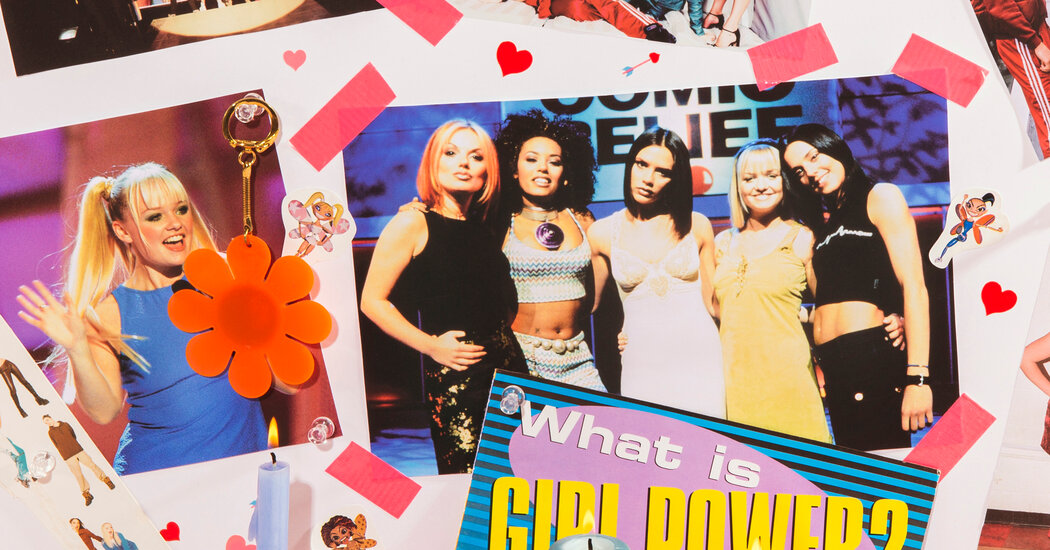 The Girls were already generating enough buzz in the industry – thanks in part to a showcase they had done – that they were in a position to audition new managers. They decided on Simon Fuller, who at that time was managing the Scottish icon Annie Lennox. In March 1995, they met him at his office and started belting out “Wannabe.”

“It was quite unusual,” Fuller recalled in a recent interview, “to have these five young girls come bounding in the office with confidence and saying, ‘You have to manage us, and we’re not leaving until you agree.’ It was just very contagious, that energy. ”

From the Girls’ perspective, “it just clicked,” Chisholm said. “When we met him, it felt very much like he got it.”

Instead of turning the Girls into clones of one another, as the Herberts had intended, Fuller told them to focus on who they genuinely were and just dial it up. “If you like pink and fluffy and your mum is your best friend, then be pink 24/7, have fluffy on you all the time. If you’re the rowdy northern girl who has no airs and graces, sexy and dominant and noisy, then be that, ”Fuller explained. This idea, Fuller revealed in a 2014 BBC documentary, was inspired by Lennox, who, upon meeting the Girls, encouraged them to “ham up” their personalities.

The band’s “girl power” message, Chisholm said, also gave the group a focus: “At first, we wanted to make music and have fun and travel the world and do all those fun things. But the messaging gave us more motivation. We were expressing ourselves, as young women, in the mid-90s. It was giving fuel to this fire. “

Their first single, “Wannabe,” was released in Britain on July 8, 1996, and by the end of that year it hit No. 1 in more than 20 countries. Their debut album, “Spice,” released in November 1996, also went to No. 1 and was shortlisted for the prestigious Mercury Prize, awarded to the best British or Irish album of the year.