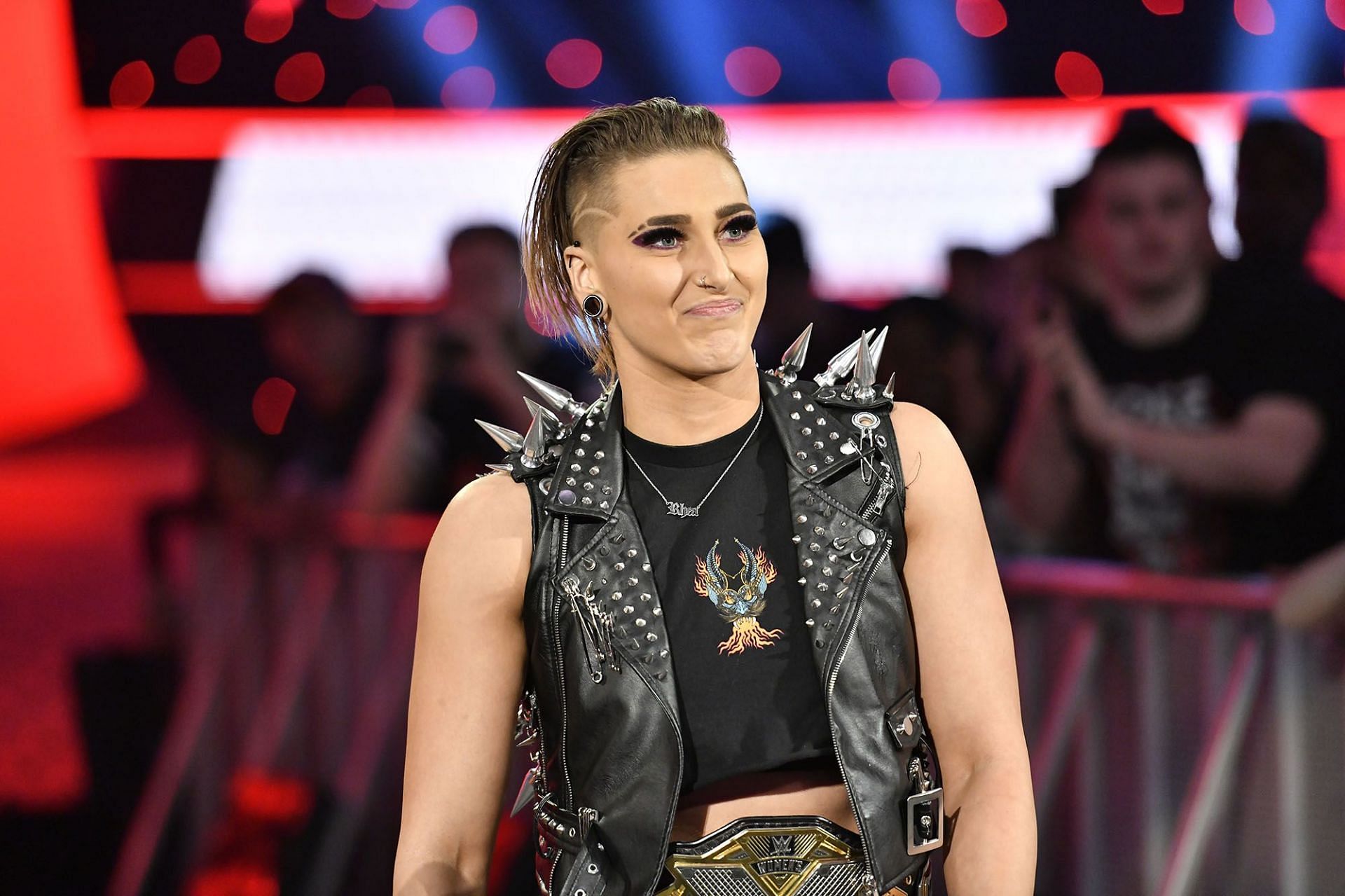 Rhea Ripley has admirers all over the world, and she can count WWE Hall of Famer Lita among them.

Lita will be the next guest on Stone Cold Steve Austin’s chat show, The Broken Skull Sessions, this Friday. In an early clip released on Twitter, the former WWE Women’s Champion shared her thoughts on current and former female stars, and had some high praise for Ripley in particular.

On the chat show, Steve Austin read off a list of names for Lita (real name Amy Dumas) to comment on. The list wrapped up with former NXT and RAW Women’s Champion Ripley, and Lita had nothing but effervescent praise for the Nightmare.

“She’s my favorite person right now. I’m obsessed with Rhea Ripley … She should not be worried, but if I were to talk somebody, it would be Rhea Ripley.”

She had plenty to say regarding other fellow female WWE stars as well. Regarding Becky Lynch, whom Lita had competed against at Elimination Chamber earlier in the year, she only had one word.

Lita had some kind words for other stars of her era, such as Molly Holly, who she called “underrated,” and for Victoria, commenting on the power of her former rival.

“Strong. She’s stronger than people give her credit for.”

While fans’ reaction to Lita at Elimination Chamber apparently “blew away” WWE officials, she’s not scheduled for any future appearances at the moment. With WrestleMania 38 just around the corner, however, it’s possible the company may bring her in for an appearance. Perhaps in some way relating to the Becky Lynch / Bianca Belair bout for the RAW Women’s Championship?

Meanwhile, Ripley will be teaming up with Liv Morgan to face WWE Women’s Tag Team Champions Queen Zelina and Carmella as well as Sasha Banks & Naomi, and Natalya & Shayna Baszler in a Fatal Four Way bout. Can Ripley become a women’s tag team champion yet again?

We’ll have to wait and see on April 2, when WrestleMania begins its two-night run in Dallas, TX at AT&T Stadium.

Q. Do you want to see Lita at WrestleMania this year?