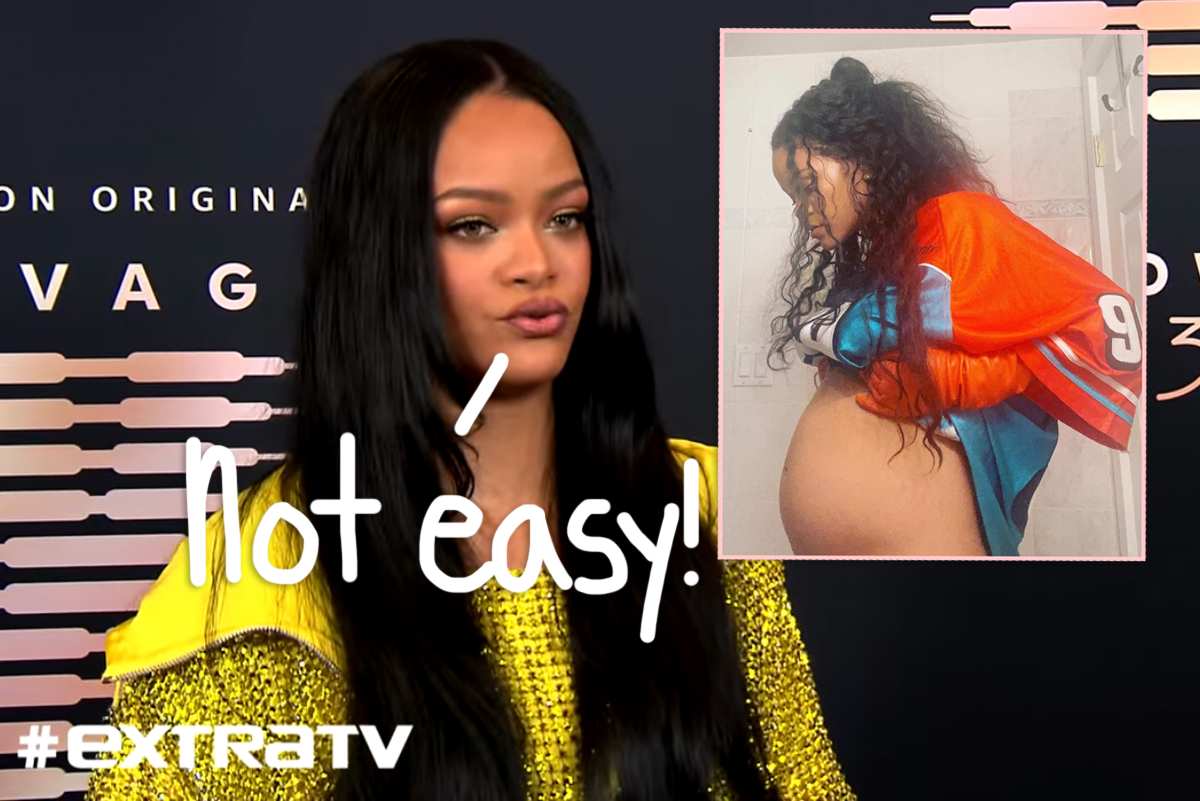 Rihanna knows how to keep a secret… somewhat!

As you know, just weeks after seemingly denying pregnancy rumors from social media users, the 33-year-old singer finally confirmed with a photo shoot last month that she and boyfriend A $ AP Rocky were expecting their first child together. However, it turns out she wasn’t just trying to hide her baby news from fans! During her Fenty Beauty Universe Event in Los Angeles on Friday, Rihanna spilled to E! News that she tried to keep her pregnancy a secret from her friends as well BUT admitted that it was really “hard” to do so because they just knew her too well. She explained:

“It was harder for me to keep it from my posse because they’re around me, they know my habits. They’re like, ‘You do not want something to drink? Are you not smoking? ‘ And I’m eating all the things I’m not used to eating. They know I hate sweets, and I’m all of a sudden asking for cookies and donuts. ”

LOLz! When Rihanna finally told them the happy news, though, they were just as surprised as the rest of us:

“Finally, I just had to let it all out, and they were all shocked, of course, as the world was shocked as well.”

As for why the Umbrella vocalist initially kept her pregnancy on the down-low, she told E! that she was cautious to celebrate so soon in her first trimester:

“When I first found out, it’s not real, you know? I was like, ‘This is not for real, right?’ And then, it was and it’s almost like you do not want to get too excited too soon because it’s great news, but you… want to see that it’s going to see its way through. And I’m so glad that we’re this far along and now I can celebrate with everyone. ”

And she’s doing so in style! Rihanna also chatted on Friday with People about her pregnancy looks, revealing that while she may be killing the maternity fashion game, it has been “a challenge” at times. However, she is still loving every second of it:

The makeup mogul then added how fashion has helped with her confidence throughout her pregnancy so far, saying:

“Right now, being pregnant, some days you just feel like, ‘Ugh, I just want to lay here on this couch all day.’ But when you put on a little face and a little lipstick, you transform. You put some clothes on, and it’s like, when you look good, you feel good. I’ve heard that for a very long time, but it’s true. It really can get you up off that couch and make you feel like a bad bitch. ”

Hell yes! You can ch-ch-check out her stellar looks from the event last night HERE.

Would you be able to keep your pregnancy a secret from friends, Perezcious readers? Thoughts on what Rihanna had to say about her maternity fashion? Let us know in the comments (below)!