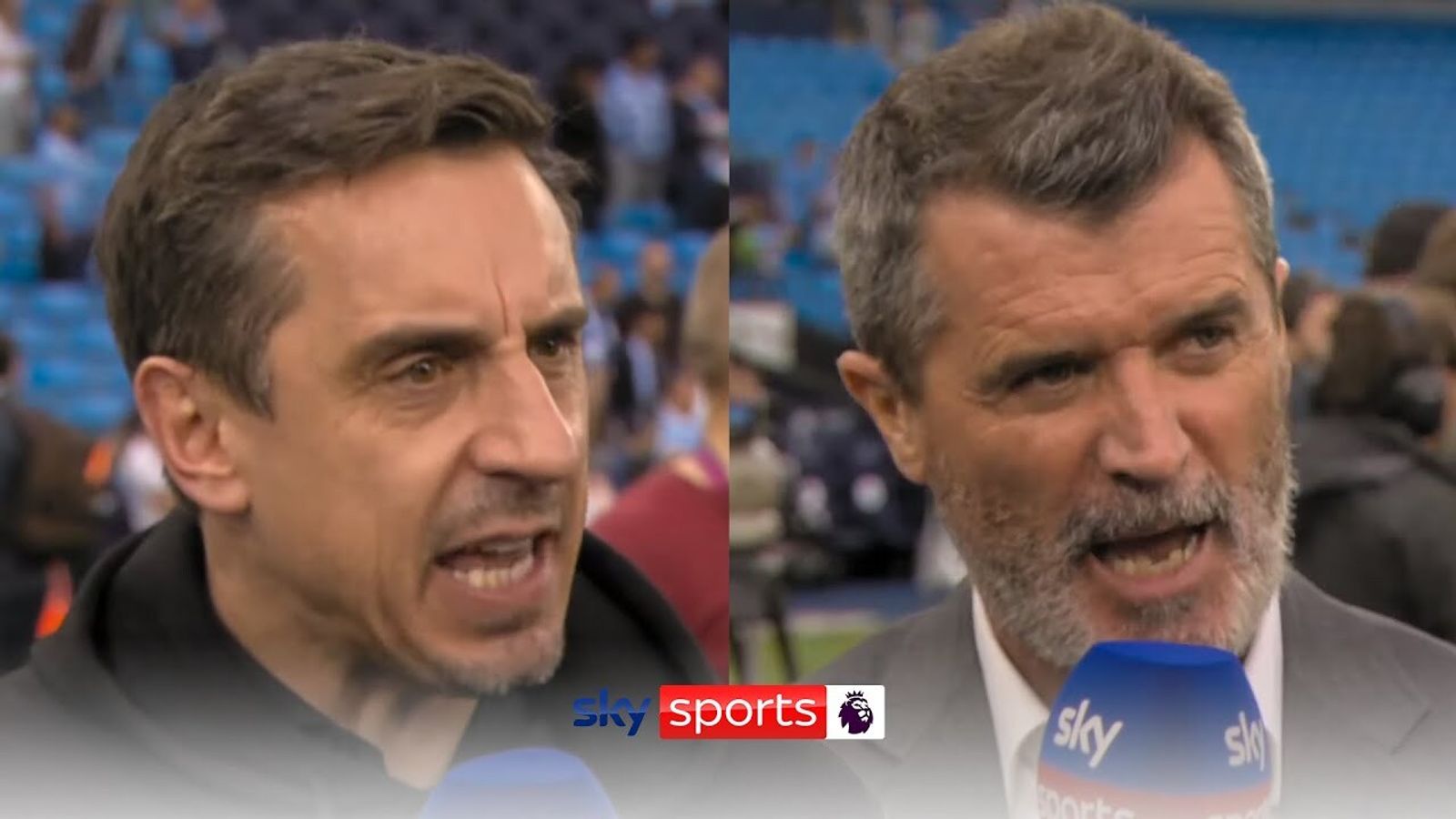 Gary Neville and Roy Keane were outraged after Aston Villa goalkeeper Robin Olsen was ‘assaulted’ as he made his way off the pitch following Manchester City’s title win at the Etihad.

Thousands of fans ran onto the pitch at full-time as Pep Guardiola’s side were crowned Premier League champions in dramatic circumstances, but there were some unsavory scenes with City saying later saying Olsen was assaulted as he made his way off the field.

It is the latest such incident to occur after recent high-profile Premier League and EFL matches.

A Nottingham Forest supporter was jailed for 24 weeks after headbutting Sheffield United’s Billy Sharp, while Crystal Palace manager Patrick Vieira was involved in an altercation after Everton fans invaded the pitch on Thursday.

Speaking after the match at the Etihad, Sky Sports pundit Neville said: “What is it happening? The last 30 years we’ve brought the fences down in English football and 99 times out of 100, the fans have respected the fact that you do not run on the pitch because they enjoy the family environment.

“Running on the pitch is obviously delirious because City have won the league, so I get that, but attacking opposition players on the pitch – where has this come from? Why is it happening? I’ve got no idea. It’s absolutely ridiculous. “ 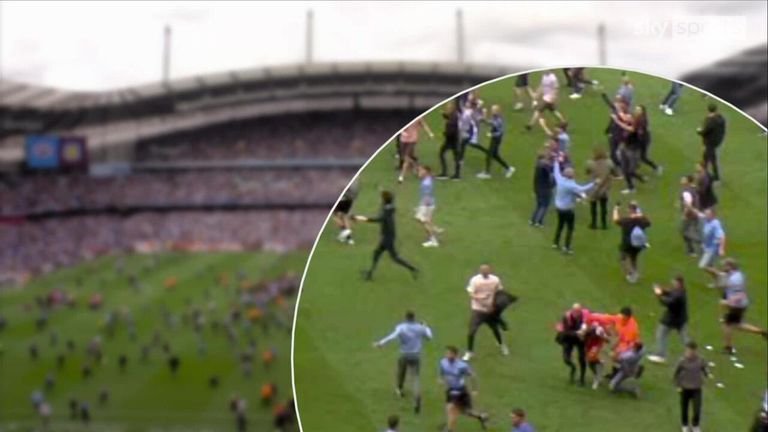 Fellow pundit Keane called the fans causing trouble “scumbags” and fears “something crazy” could happen if similar incidents occur in the future.

“It’s disgraceful. It really is and I tell you what – a player or a manager is going to be seriously injured,” he said.

“Idiots, scumbags. It’s a disgrace. We’ve seen it a couple of times at Forest and with Patrick Vieira. It’s absolutely disgraceful.” 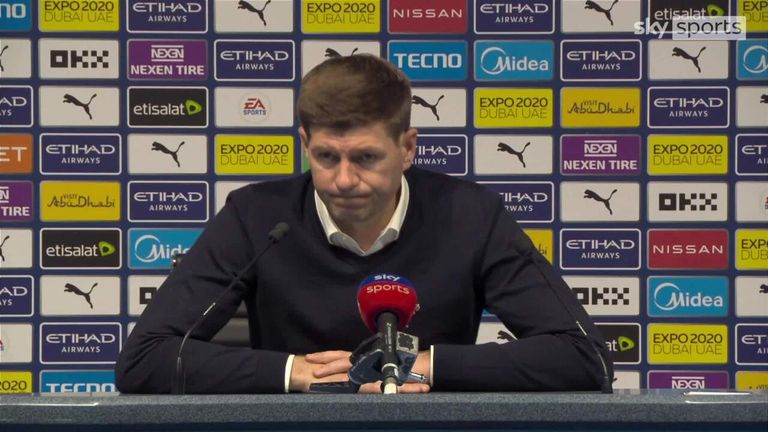 Jamie Redknapp added: “This is a new phenomenon that has crept into the game. I’m all for people enjoying themselves, no problem with that, but do it in the right environment.

“Do not be running on the pitch because you’re endangering the players, coaches, and you ruin it for the people who want to be there and just enjoy the game.”

A Manchester City statement read: “Manchester City would like to sincerely apologize to Aston Villa goalkeeper Robin Olsen, who was assaulted after the final whistle at today’s match when fans entered the pitch.

“The club has launched an immediate investigation and once identified, the individual responsible will be issued with an indefinite stadium ban.”

Villa later said Olsen is “completely fine”, confirming he did take a bang on the back of the head, but indicating nobody was sure if the incident was deliberate or an accident. Villa said they consider the matter closed and will not be making a complaint.

A Greater Manchester Police statement read: “Officers are working alongside Manchester City and Aston Villa Football Clubs following a reported assault that took place on the pitch after Manchester City’s fixture against Aston Villa on Sunday 22 May 2022. A footballer was reported to have been assaulted following a pitch invasion at the end of the game, with no injuries reported. Officers are working in partnership with both football clubs to identify those responsible. “

The Football Association also said that they would be investigating the pitch invasion.

FREE TO WATCH: Highlights from the match between Manchester City and Aston Villa in the Premier League

City retained their Premier League in extraordinary circumstances after coming from two goals down to beat Aston Villa 3-2 at the Etihad Stadium.

Three goals in five minutes late in the game turned the match – and the title race – on its head as substitute Ilkay Gundogan scored two, either side of Rodri’s strike. Liverpool’s late win over Wolves meant that only victory would have been enough for City.