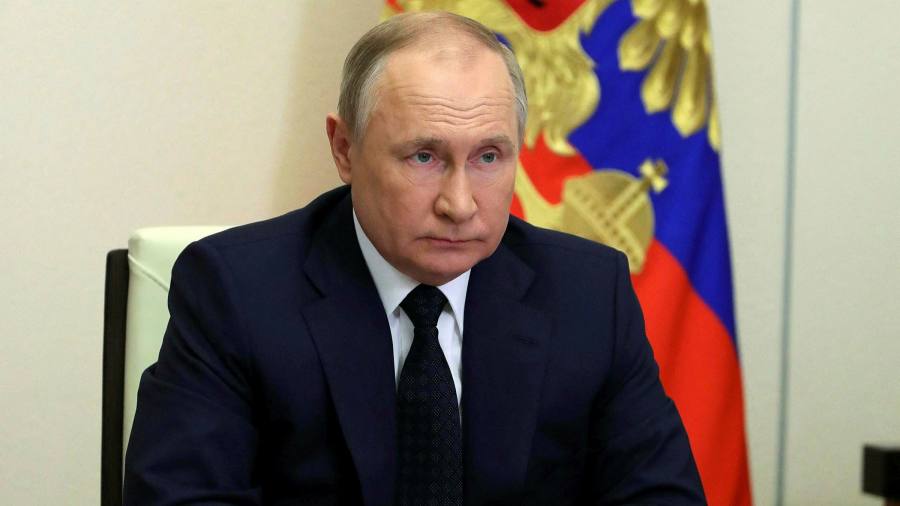 Russia will begin to invoice European gas buyers in rubles, President Vladimir Putin said on Wednesday, in a move that lifted natural gas prices and boosted the Russian currency.

“The collective west has killed all trust in their currencies,” Putin added as he announced the move. Moscow would “in the shortest possible time” implement measures to transfer invoicing for natural gas supplies into rubles for “so-called unfriendly countries”, he said.

Gas futures tied to TTF, Europe’s wholesale gas price, closed about 9 per cent higher on Wednesday at € 107 per megawatt hour, after jumping as high as € 132. Prices are six times higher than a year ago.

But the announcement left commodity traders rushing to understand its full implications for making payments and – crucially – pricing.

“This shows a greater willingness of Russia to jeopardize its gas agreements amid its political confrontation with the west,” said James Waddell, head of European gas at Energy Aspects, a consultancy.

Analysts said that changes to the payment currency would probably create significant practical difficulties for European importers of Russian gas. Putin gave the central bank and the government a week to find a way to allow buyers to acquire rubles on the domestic market.

But the Kremlin statement suggested Russia would not alter the underlying terms in contracts – a more radical move that could materially change the prices buyers have to pay.

Contracts for Russian pipeline gas exports to Europe are typically denominated in euros. Russian media has previously reported that most already include an option to pay in rubles but several European gas analysts thought it was unlikely that supply contracts would include that clause. Without such a provision, contracts would have to be renegotiated.

Vinicius Romano, senior analyst at Rystad Energy, said that “insisting on ruble payments may give buyers cause to re-open other aspects of their contracts, such as the duration, and simply speed up their exit from Russian gas altogether”.

Alfred Stern, chief executive of OMV, the Austrian petrochemicals group, told local media that it would continue to pay for Russian gas in euros and the contract did not allow for a change to rubles.

And the chairman of French utility group Engie also said its contracts did not include an option to pay in rubles.

“The market is concerned about this,” said James Huckstepp, manager of Emea gas analytics at S&P Global. “It’s new territory but the plans are relatively vague at this stage. It is definitely a risk factor and would create complications for European buyers of Russian gas. ”

The ruble rose nearly 6 per cent against the dollar to its highest level since March 18, according to Bloomberg figures.

Putin said: “It makes no sense to supply Russian goods to Europe and get their goods in their currency. There will be a switch of gas payments to roubles. ”

The change would concern only the currency of the payment, Putin added. He stressed that Russia would continue to supply natural gas according to volumes and prices agreed in existing contracts.

“Unlike some colleagues, we cherish our business reputation as a reliable partner and supplier,” he said.

This month Europe’s gas prices surged to more than € 300 per megawatt hour, before coming back down below € 100.