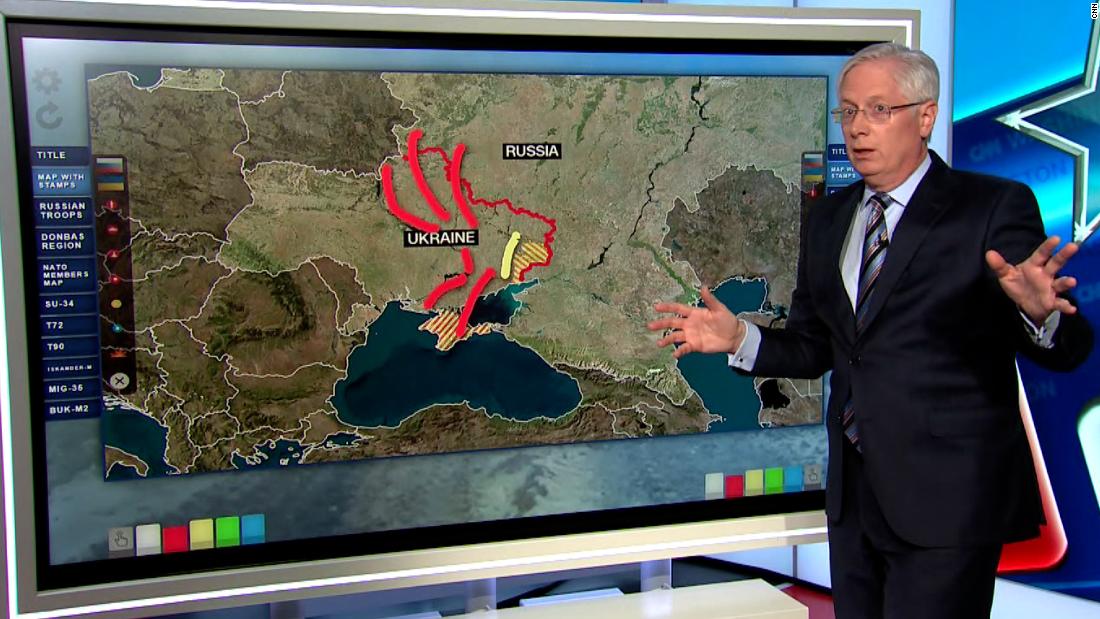 CNN’s Tom Foreman uses a map to break down some of the potential military strategies Russia may use to invade Ukraine. On Monday, Russian President Vladimir Putin ordered troops into separatist-held parts of eastern Ukraine in what the Kremlin called a “peacekeeping” mission, just hours after he signed decrees recognizing the independence of the Moscow-backed regions.