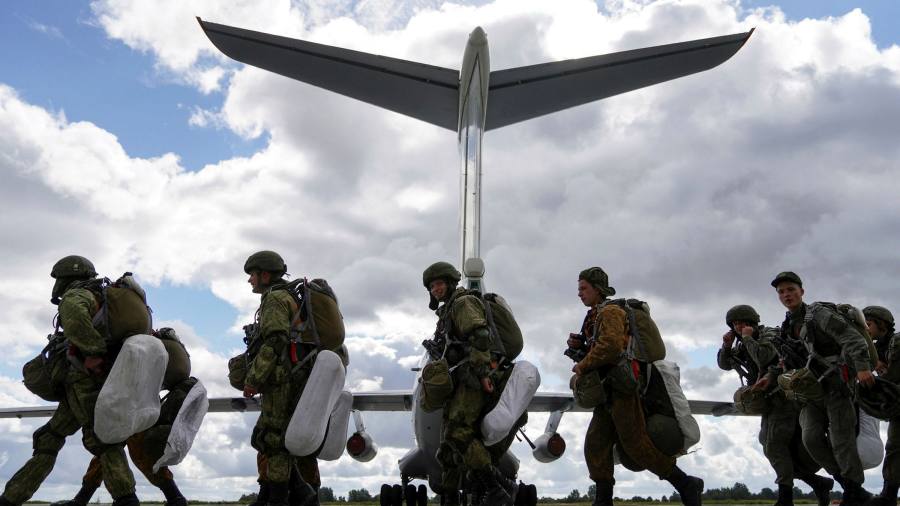 Dmitry Medvedev, the former Russian president, said on Thursday that it would be impossible for the Baltic region to remain “non-nuclear” if Sweden and Finland joined the NATO alliance.

“If Sweden and Finland join NATO, the length of the alliance’s land borders with Russia will more than double,” Medvedev, now deputy chair of Russia’s Security Council, wrote on his personal channel on the Telegram messaging app. “Naturally, these borders will have to be strengthened.”

“If this is done, no non-nuclear status of the Baltic will be possible,” Medvedev said. “The balance must be restored.” The people of Sweden and Finland, he added, would end up with nuclear-armed Russian ships “at arm’s length” from their homes.

His comments are some of the toughest yet from a prominent Russian figure about the Kremlin’s potential reaction to a NATO application from the two Nordic countries.

Finland’s Prime Minister Sanna Marin said on Wednesday the country would decide within “weeks” whether to apply to join NATO. Sweden has also edged closer to seeking membership in the wake of Russia’s invasion of Ukraine.

Medvedev said ground and air defense forces would have to be “seriously reinforced” and “considerable naval forces” would need to be deployed in the Gulf of Finland if the two countries joined NATO,

He said public opinion on the issue was divided in the Nordic nations and that “no sane person” would want the consequences of this move – “increased tensions along the borders, Iskanders, hypersonic weapons, and nuclear-armed ships literally at arm’s length from their own homes ”.

Medvedev’s statement strongly suggests that Moscow will make official its deployment of nuclear-armed Iskander cruise missiles in its Baltic exclave of Kaliningrad, two senior NATO officials said, giving Russia the potential to strike a number of EU capitals, including Berlin and Warsaw.

“The bottom line is that they do not need excuses for the militarization the same way they did not need for the attack [on Ukraine], ”Said one of the officials. “They might do some of the things they promise, but the arguments for why they do it should not be taken as serious ones.”

NATO has long worried about the armament capability of Russia’s Iskanders deployed in Kaliningrad since 2016. The missiles can carry conventional or nuclear warheads, but Moscow has never confirmed whether those in the exclave have nuclear capability.

Kaliningrad, shoehorned between Lithuania and Poland, is also the headquarters for Russia’s Baltic Fleet, a naval force of almost 80 warships and submarines supported by fighter jets, bombers and ground troops.

“That Russia threatens, it is nothing new,” Lithuania’s Prime Minister Ingrida Simonyte said on Thursday, according to national broadcaster LRT. 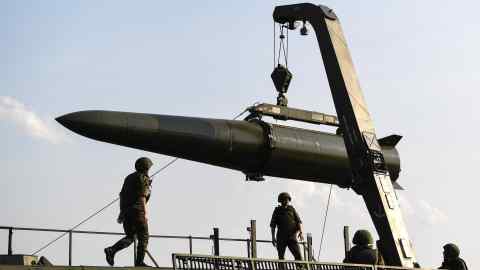 Finland’s foreign minister Pekka Haavisto said on Wednesday that Russia’s increased rhetoric around the use of nuclear weapons was one of three major reasons Helsinki had decided to reassess its defense and security policies.

“Russia is ready to take higher risks than [it was] earlier, ”he told reporters. “This is a scary scenario.”

The possibility that Ukraine could join NATO was one of the reasons President Vladimir Putin cited for his invasion of the country on February 24.

But, rather than halting NATO’s expansion, the Russian attack appears to be leading to its further growth. NATO officials have signaled that Finland and neighboring Sweden would be welcomed into the 30-member US-led alliance if they applied.