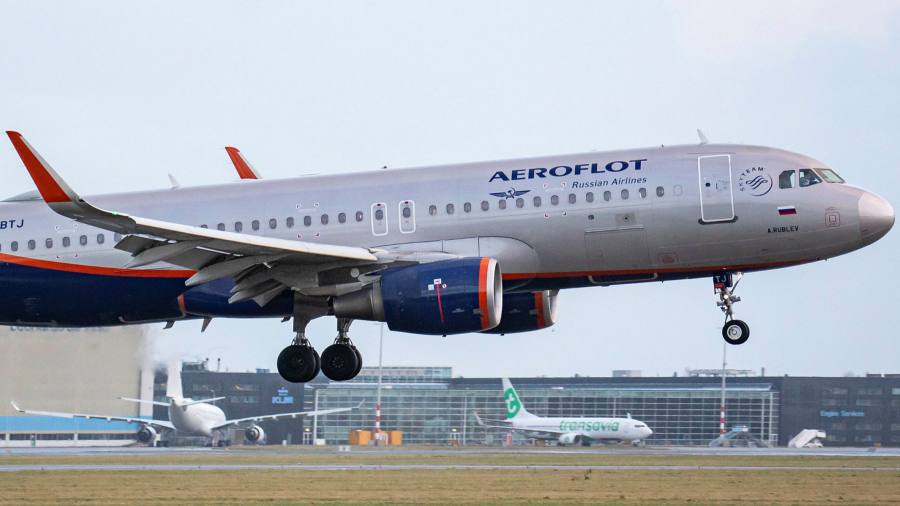 Russian airlines were cut off from an increasing swath of European airspace on Saturday, as tit-for-tat flight bans disrupted commercial aviation and forced some planes on long detours.

Estonia, Latvia, Lithuania and Slovenia all announced bans on Russian airlines using their airspace or landing at their airports, joining the UK, Bulgaria, Czech Republic and Poland in sealing off their skies. The bans apply to all Russian airlines, including flag carrier Aeroflot.

Kaja Kallas, Estonia’s prime minister, said: “There is no place for plans of the aggressor state in democratic skies.”

Moscow earlier this week warned it would retaliate against any such restrictions. As of Saturday afternoon, the Kremlin had banned airlines from the UK, Bulgaria, Poland and the Czech Republic from flying over or landing on its territory. 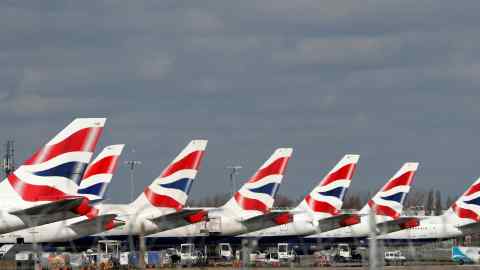 Tracking data from Flightradar24 showed an Aeroflot carrier took a significant detour over northern Europe and the Baltic Sea on a Saturday morning flight between Moscow and Budapest, adding 70 minutes to its journey. It made the journey before several Baltic states announced their decisions to seal off their airspace.

The restrictions Moscow has already imposed have presented operational difficulties for UK airlines, which would typically use Russian airspace when flying the “great circle route” over northern Russia and into parts of Asia including China and Japan.

Virgin Atlantic has suspended a route that just transported cargo between London and Shanghai, while British Airways confirmed it would reroute to avoid Russian airspace, leading to longer flight times and higher fuel costs.

European airlines expect to be banned from Russian airspace if EU leaders hit Russian carriers in future rounds of sanctions, a scenario one executive described as “catastrophic” for the industry.

Airlines have held planning calls and were expecting to have to resort to “massive rerouting” if banned from the Russian skies, the person said.

European airlines have different levels of exposure to Asia, which is still closed to many visitors because of coronavirus. At the extreme, Finnair has built its entire long-haul business model over routes to Asia over Russia.

However, the damage is so far mitigated by very weak demand for flights to Asia.

BA does not currently fly any services to China or Japan but would normally operate multiple flights a day, its chief executive Sean Doyle said on Friday as he played down the impact of the bans.