There are now more than half a million refugees from Ukraine in neighboring countries, the UN said Monday, with people desperately heading west towards central Europe after Russia’s invasion last week.

Here’s a snapshot of the situation at Ukraine’s borders:

Poland: More than 100,000 people crossed from Ukraine into Poland on Monday, according to Poland’s border guard, the highest figure received by Ukraine’s EU neighbors since the invasion began.

Since February 24, border authorities have cleared the entry of at least 377,400 people at its border crossings with Ukraine, according to a tweet Tuesday.

On the Ukrainian side of that frontier, a 20-kilometer (12-mile) line of vehicles stretches through nearby villages. Residents told CNN the amount of people moving to the border has dropped in the past day.

The first few days of evacuations were chaotic, with many people walking vast distances to the border in cold conditions, they said. But now many volunteers from local villages have set up temporary shelters and are offering food.

A CNN team at the border has spoken to many non-Ukrainian citizens who say officials are still giving preferential treatment to Ukrainians crossing the border. 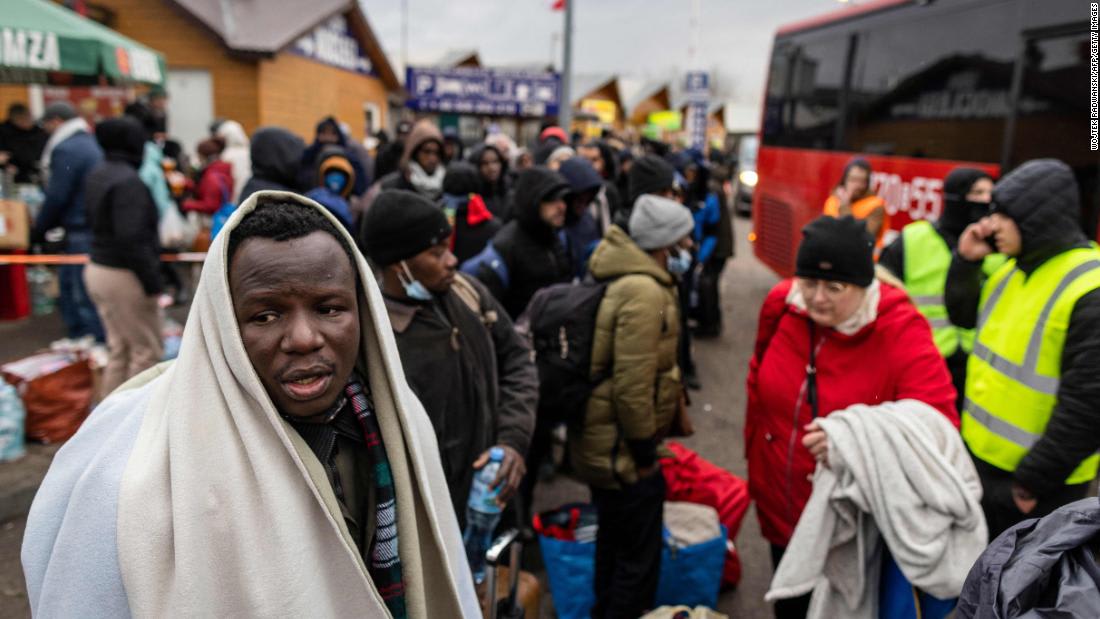 CNN also met Ukrainian nationals who were waiting in line in their cars, but decided to abandon their vehicles and walk to the border instead, because they thought it would be faster.

Many men are escorting their families to the border, knowing they will likely be turned away and not be able to leave. Ukraine has banned military-aged men from leaving the country as it seeks to boost its armed forces.

Slovakia: Waiting times at Ukraine’s borders with Slovakia stretch up to 35 hours in Ubla, towards the northeast of Slovakia, and 12 hours in Vysne Nemecke, towards the southeast. Another crossing in Velke Slemence is seeing less congestion.

A total of 54,304 people had entered the country by Tuesday morning, according to the Slovak border police.

According to the agency’s spokesperson, guards have not turned around a single person since the beginning of the conflict, meaning any such incidents happened on the Ukrainian side. Roughly 15,000 people crossed through three crossings from Sunday morning to Monday morning, around a third of whom were non-Ukrainians, they said.

Romania: A total of 89,000 Ukrainian citizens have come through the Romanian border since the Russian invasion, with 50,000 then exiting to other countries, according to official border records.

Congestion has been seen at the border with Hungary, but police confirmed to CNN that the crossings are less busy today and people clearing the crossings faster.