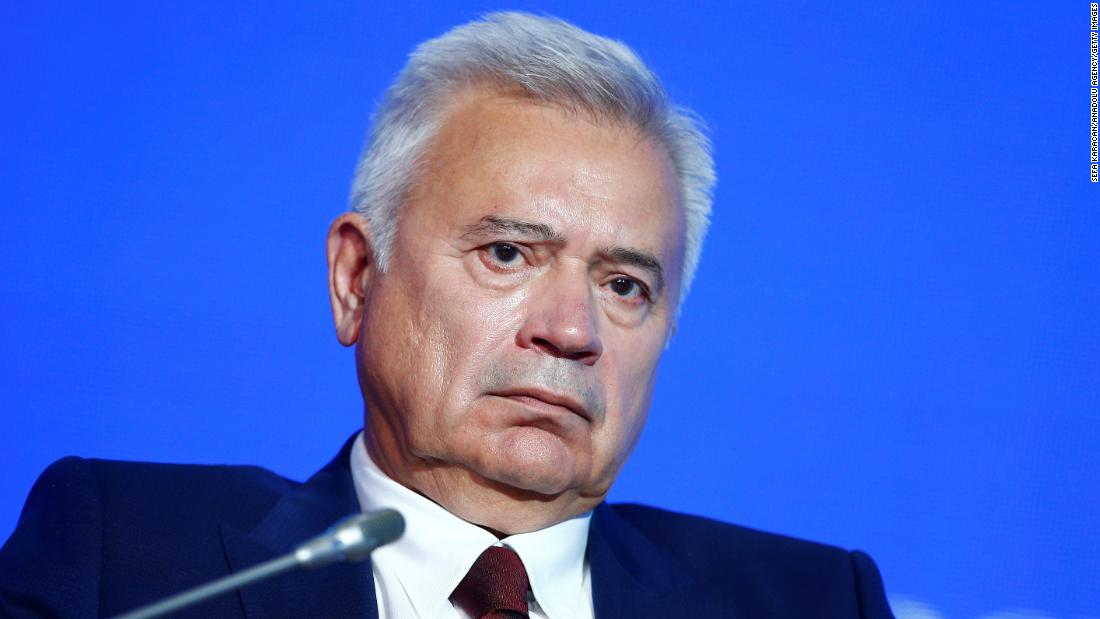 In a brief statement Thursday, Lukoil said Vagit Alekperov informed the company “about his decision to resign” as a director and president of the company.

The company did not disclose the reason for Alekperov’s resignation. But the announcement comes just days after he was sanctioned by the United Kingdom and seven weeks after Lukoil (LUKOY) broke ranks with President Vladimir Putin and called for an end to Russia’s war in Ukraine.

Reuters reported that Alekperov had decided to leave after he was sanctioned in order to protect the company’s operations, citing a source familiar with the matter.

Lukoil produces more than 2% of the world’s crude oil and employs over 100,000 people. It has operations in dozens of countries and is Russia’s second biggest oil company behind state-owned giant Rosneft.

In a statement to shareholders, staff and customers in early March, Lukoil’s board of directors said it was “calling for the soonest termination of the armed conflict.”

“We express our sincere empathy for all victims who are affected by this tragedy. We strongly support a lasting ceasefire and a settlement of problems through serious negotiations and diplomacy,” the board added.

Alekperov is worth about $ 16 billion, according to the Bloomberg Billionaires Index. Earlier this month, the United Kingdom froze his assets and banned him from entering the country.

Lukoil said Thursday that as of March 31, Alekperov owned just over 3.1% of the company’s voting stock, plus a further 5.4% via family trusts or mutual funds without voting rights.

“Therefore, Vagit Alekperov is not a controlling shareholder,” it added.

Lukoil shares listed in Moscow have lost roughly 28% of their value since the invasion. They fell more than 2% on Thursday.

The oil giant has faced calls for a boycott in the United States, where there are 230 Lukoil gasoline stations owned by American franchisees. Most of the service stations that carry the Lukoil brand are in New York, New Jersey and Pennsylvania.