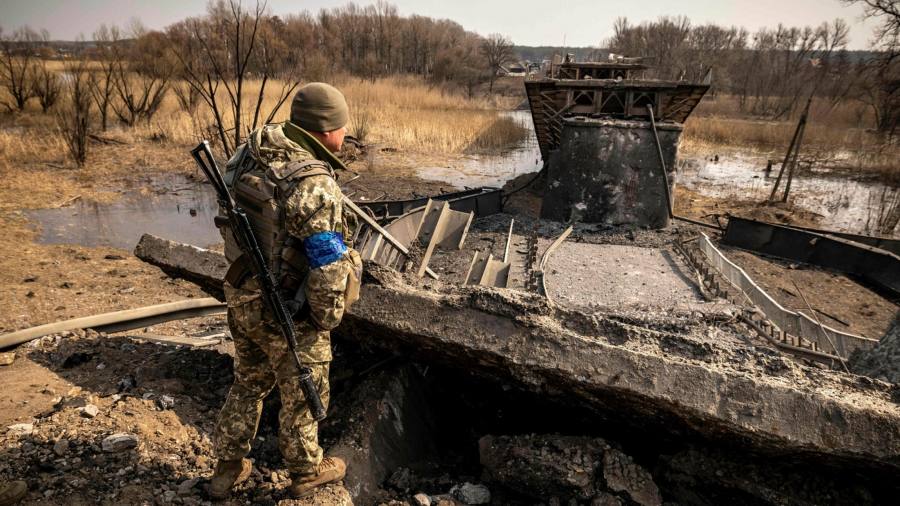 Russia’s foreign minister on Wednesday said negotiators had made “substantial progress” in peace talks with Ukraine, but Kyiv cast doubt on the assertion saying the Kremlin was still insisting on unacceptable Ukrainian territorial claims.

Sergei Lavrov told Russian state media that he saw “positive movement forward” in the talks taking place in Istanbul, although they were “not yet the final result”.

He said Ukraine’s negotiators “confirmed the necessity to ensure Ukraine’s non-nuclear, [neutral] status and its security outside of NATO ”and“ understand that the issues of Crimea and Donbas have been settled for good ”.

But Oleg Nikolenko, spokesperson for Ukraine’s foreign ministry, said Kyiv was only willing to discuss the final status of Crimea and Donbas – southern and eastern Ukrainian regions where Russia has annexed territory – once Kyiv “restores its sovereignty over them”.

Lavrov’s comments were the latest in a series of declarations by Moscow signaling Vladimir Putin, Russia’s president, had scaled back his ambitions in Ukraine after a more than month-long invasion that has been stymied by fierce Ukrainian opposition.

The US and its western allies have cast doubt on Moscow’s claims to be substantially refocusing its offensive on Ukraine’s eastern border regions with Russia, calling it a “repositioning” rather than a “real withdrawal”.

Pentagon press secretary John Kirby on Wednesday said the US believes Russia is repositioning just a “small percentage”, about 20 percent, of the forces it had positioned around Kyiv.

He added that while those troops are moving away from Kyiv, and some have entered neighboring Belarus, none are heading back to their home bases – a signal that Russia may not be committed to a sustained withdrawal.

“If the Russians are serious about de-escalating. . . then they should send them home, ”Kirby said.

Still, Russia’s defense ministry on Wednesday continued to emphasize that it was withdrawing from population centers in Ukraine’s north and west, including Kyiv. Igor Konashenkov, the ministry’s spokesperson, said Russia was conducting a “planned rotation” near Kyiv and Chernihiv after “achieving all the main tasks” in Ukraine’s north. 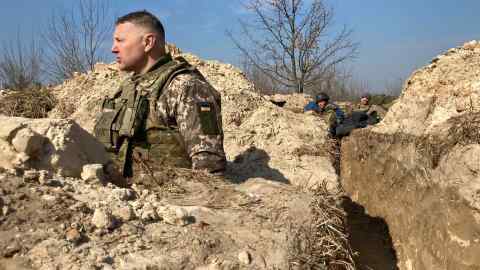 US officials said Putin’s moves in recent days come amid mounting evidence the Russian president feels “misled” by his military commanders about how his Ukraine offensive is playing out.

One US official said declassified intelligence showed Putin had been unaware the military was using conscripts in Ukraine, a sign there was a “clear breakdown” in the flow of accurate information to the Kremlin.

Putin initially denied conscripts were fighting in Ukraine – only for his own defense ministry to admit they were there a day later. Dmitry Peskov, Kremlin spokesman, then told reporters the president ordered Russia’s military prosecutors to find and punish officials responsible for conscripts being deployed, supposedly in contravention of his orders.

Kirby said on Wednesday: “We would concur with the conclusion that Mr Putin has not been fully informed by his Ministry of Defense at every turn over the last month.”

He also questioned whether Putin’s negotiators could come up with a viable position in talks with Ukraine if Putin does not have the full picture of his troops’ performance.

Ukrainian officials have acknowledged that Russian negotiators have changed their tone in recent peace talks, which began in Istanbul on Tuesday. Mykhailo Podolyak, a top adviser to Ukraine’s President Volodymyr Zelensky, said the initial “ultimatums” issued by the Kremlin have been “quietly set aside” and the talks are now focused on “a clearly-defined specific” list of issues.

Podolyak said Kyiv was still seeking concrete security guarantees that could be enforced by “defined guarantor countries” with “powerful armies”, which would include the US and a handful of western allies.

“Pragmatically, we need to have allies who will stand by us when we need help here and now,” he said.