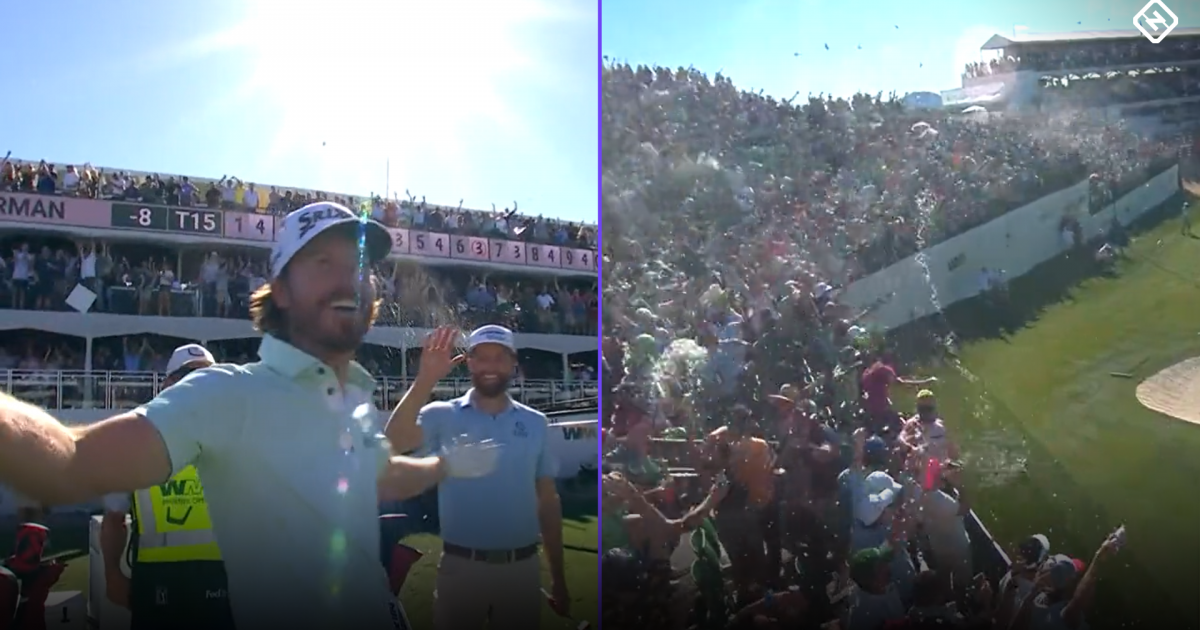 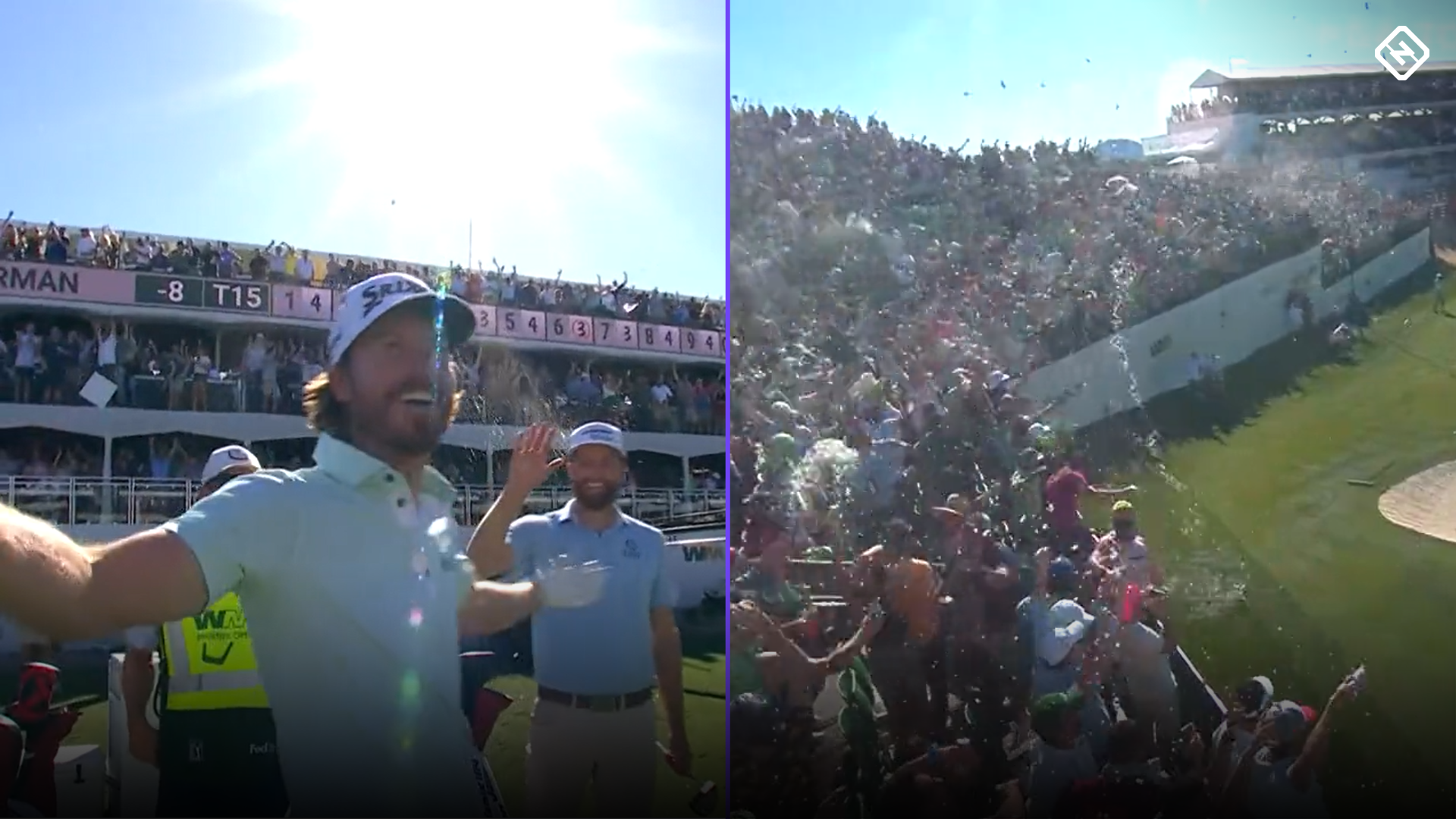 The Waste Management Phoenix Open has become renowned for its “party hole.” Stadium seating lines the 124-yard par-3 and nearly anything goes among the rowdy patrons.

When Ryder’s ball dropped into the cup during the third round, the place went absolutely ballistic.

There was not a golf clap in to be heard as beer rained down from the bleachers, the patrons celebrating as if they themselves made an ace.

Take a look at the scenes below.

That helped Ryder to an even-par 71 for the round. He finished the day at 6 under, eight shots back from the leader.

Relative unknown Sahith Theegala currently lead the way at -14. The 24-year-old is ranked 318th in the world and is without a professional win on his resume, but he has given himself a great shot at picking up a big tournament win.

Brooks Koepka is next best, one shot back, while a chasing pack of Patrick Cantlay, Xander Schaufelle, Talor Gooch and Scottie Scheffler sits at -12.