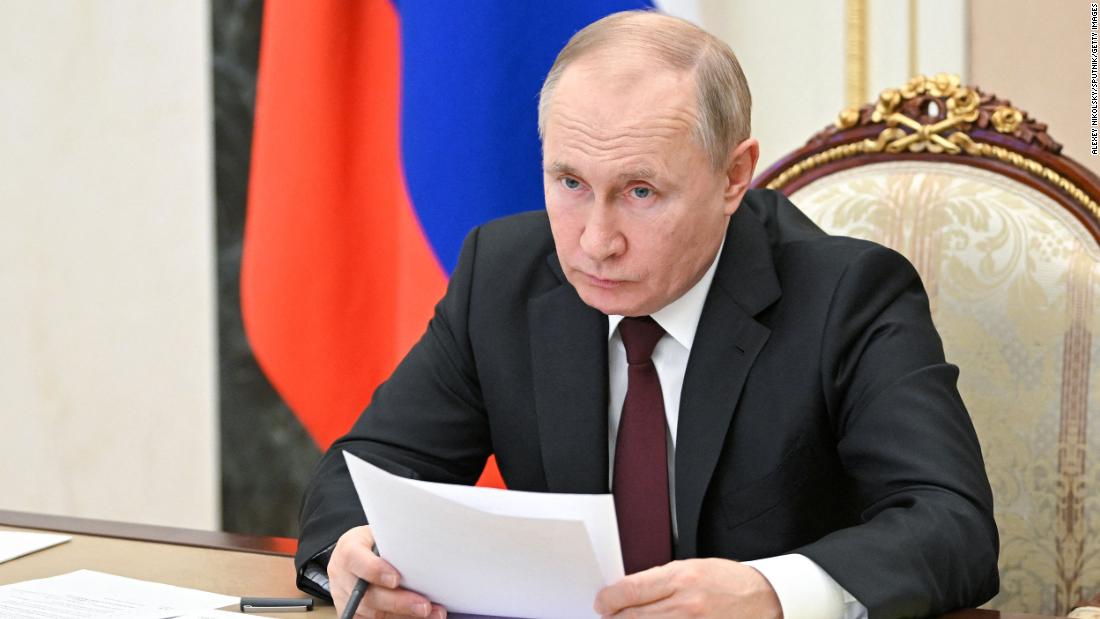 Since 2014, when the United States and its Western allies imposed sanctions on Moscow following the annexation of Crimea and the downing of Malaysian Airlines Flight 17, Russia’s president has been trying to build an economy capable of withstanding much tougher penalties.

Fear of what sanctions might do sent Russian stocks crashing 33% on Thursday. They have since recovered some of those losses, but the ruble continues to trade near record lows against the dollar and the euro.

Russia’s $ 1.5 trillion economy is the world’s 11th biggest, just behind South Korea. Since 2014, its gross domestic product has barely grown and its people have gotten poorer. The value of the ruble has also tumbled, shrinking the value of the Russian economy by $ 800 billion.

Over the same period, Moscow has tried to wean its oil-dependent economy off the dollar, limited government spending and stockpiled foreign currencies.

Putin’s economic planners have sought to boost domestic production of certain goods by blocking equivalent products from abroad. Moscow has meanwhile amassed a war chest of $ 630 billion in international reserves – a huge sum compared to most other countries.

David Lubin, a Citi economist and associate fellow at Chatham House, said “fortress economics” requires the creation of big foreign currency reserves that can be spent if sanctions bite.

“Russia has followed this pattern assiduously,” he wrote recently.

Some of those reserves are already being deployed. The Russian central bank said Thursday it was intervening in the currency markets to prop up the ruble. And on Friday, it said it was increasing the supply of bills to ATMs to meet increased demand for cash. Russian state news agency TASS reported that several banks had seen increased withdrawals since the invasion of Ukraine, notably of foreign currency.

While building up a war chest, Putin’s austere strategy has also limited economic growth, investment and productivity, and prioritized state companies over private business. The incomes of ordinary Russians have regressed to levels last seen in the early 2010s, and new foreign direct investment is minimal. Russia has also failed to diversify away from oil and gas, leaving it heavily exposed to swings in global commodity prices.

Taking on the ‘fortress’

Less than 24 hours after Russian troops attacked Ukraine from the north, south and east, US President Joe Biden unveiled sweeping sanctions designed to damage Russia’s economy and turn Putin into an international “pariah.”

The US penalties target Russia’s two largest financial institutions, Sberbank and VTB, and prevent them from processing payments through the US financial system. Russian state-owned companies will not be allowed to raise capital through US markets. The sanctions cover nearly 80% of banking assets in Russia.

The United States is also trying to hobble Russian military and industrial companies by preventing them from buying critical technology such as advanced computer chips.

The European Union, the United Kingdom, Japan, Australia and other countries announced sanctions of their own against Russian companies and individuals, coordinated action that is unprecedented in terms of its scope and potential economic impact. US, UK and EU officials went further on Friday and sanctioned Putin himself.

“I do not think we have seen anything like this, and it’s much, much more severe than sanctions in 2014,” said Iikka Korhonen, the head of the Bank of Finland Institute for Emerging Economies and an expert on Russia’s banking and financial systems .

Still, Russia has been preparing its economy for this moment. And with global oil prices of $ 100 per barrel producing huge amounts of revenue for the state, Moscow can ensure that salaries and pensions are paid.

“They can manage for a while,” said Korhonen. “But the longer this lasts, it means the growth will be slower.”

The United States and the European Union have so far avoided targeting Russia’s huge exports of oil and natural gas, and the coalition has not been able to reach a consensus on whether to cut Moscow off from SWIFT, a high security messaging network that connects thousands of financial institutions around the world.

Some experts have argued that those measures must be considered now in order to deter Putin from further aggression. Ukraine has appealed for Russia to be removed from SWIFT, a call backed by Lithuania, Estonia, Latvia and the United Kingdom but resisted by other European countries – most notably Germany.

Both measures could come with significant economic blowback for the West. Natural gas prices are extremely high in Europe, and cutting off supplies from Russia could drive them higher. Reduced exports of Russian crude would similarly hike oil and gasoline prices.

But with Russian troops advancing on the capital Kyiv, it’s a price some say the West should be willing to pay.

“We do not have five years to slowly degrade the Russian economy. We need to do it now,” said Tyler Kustra, an assistant professor of politics and international relations at the University of Nottingham in England.