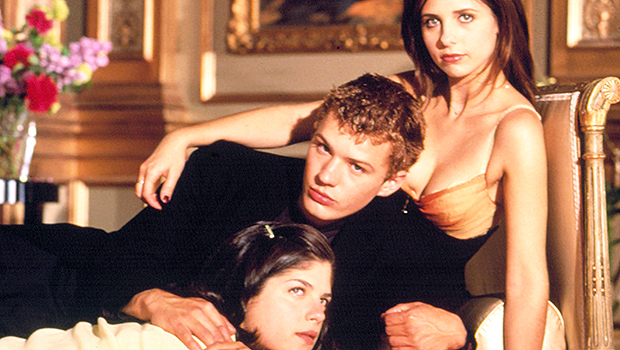 A secret society! The upper east siders of 1999 – Selma Blair, Sarah Michelle Gellarand Ryan Phillipe – are back, this time for an adorable photo session more than 20 years since the release of Cruel Intentions. “Art and surprises on my birthday. What a special day, ”Sarah captioned a post of herself and her former co-stars at what appeared to be an art gallery event that featured paintings from the hit teen romantic drama film. All three stars wore their fashionable-casual best, and still looked more amazing than ever!

Although she has not been as active in the entertainment industry as much as her Cruel Intentions spirit Buffy days, Sarah has remained pretty active on her social media channels, often sharing fashionable posts and family-oriented pics. In a recent post on April 11, the actress shared a slideshow of photos from her spring break vacation with friends.

“Photo dump [cactus emoji] # springbreak2022, ”Sarah wrote in the caption, wearing a two-piece black bikini with a one-shoulder asymmetrical top while swimming in the pool with her friend and a water gun for the first shot.

In the second photo, Sarah looked gorgeous in a metallic gold dress with a plunging V-neckline and a ruffled skirt styled with a black blazer draped over her shoulders and a box clutch that read, “SLAY” in big gold letters. Numerous other photos from there gave more fashionable behind-the-scenes looks and views of the gorgeous locale.

In addition to the spring break “photo dump” the actress also spent some quality time with her husband Freddie Prinze Jr.45, and their two children, Charlotte Grace Prince, 12, and Rocky James Prince, 9, in Hawaii back in January. She was able to capture some of the beauty of Hawaii in a precious snap of herself, her husband and two kids in front of a landscape of palm trees and tiki torches.

Hawaii has become a favorite vacation spot for the I Know What You Did Last Summer star and her family. The four of them were spotted in Maui less than a year ago in July 2021 and, according to her Instagram Stories, they had a blast taking a scenic canoe trip!