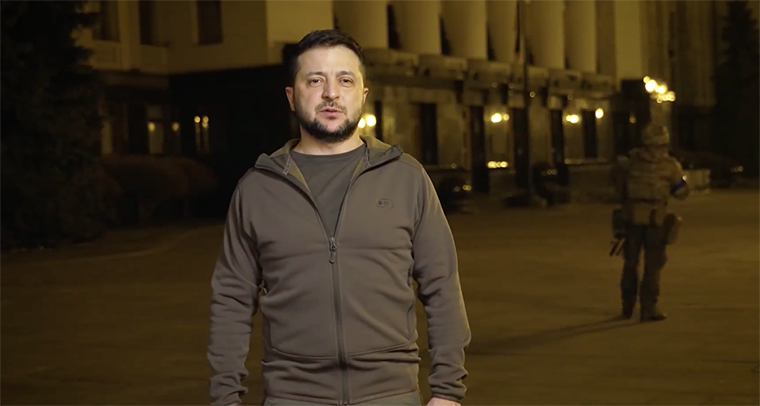 A top Estonian official on Wednesday called on the international community to do more to ensure a “full defeat” of Russia in Ukraine, saying that “anything short” of that “would be destabilizing and escalatory.”

“Frankly, I can not see a way for the Russians to really win on the battlefield in the classical sense,” Secretary General of the Estonian Ministry of Foreign Affairs Jonatan Vseviov said in an interview with CNN in Washington, DC, ahead of the NATO Leaders Summit Thursday.

Vseviov also said NATO must prepare for the “new era” once the active phase of the war is over, calling for the military alliance to “build up military muscle in the east” to deny any future aggression.

He spoke of the need for NATO to make decisions about its defense posture for the “long haul,” telling CNN that such discussions will take place this week but he expects major decisions will not be made until the NATO Summit in June, noting that such decisions require detailed military planning.

“It’s clear that we can not just continue with NATO with business as usual, with the same approach to defense and deterrence, NATO’s relations with Russia that we’ve had since the annexation of Crimea,” Vseviov said.

He said the alliance cannot take the risk that Russia “will miscalculate regarding collective defense,” so a “small, tripwire force – that international force that the Allies have had, for instance, in the Baltic states, is clearly no longer sufficient. ”

Vseviov, a former Estonian ambassador to the US, met with key officials at the White House, Defense and State Department during his trip to Washington.

He said he could not predict how long the war will last, but said he believes the Ukrainian military will be able to hold on “for a long time,” but partner nations must continue to supply them with weaponry as the war wages on.

“The balance of military power clearly favors the aggressor, so we need to help the Ukrainians to hold on and do whatever is necessary to provide them with the relevant equipment and also humanitarian assistance,” Vseviov said, noting that it’s likely that “the level of brutality ”unleashed by Russian forces against the civilian population“ will go up dramatically ”as the conflict continues.

Vseviov expressed skepticism about any diplomatic solutions proposed by Moscow.

“I think talk of this potential breakthrough in negotiations is a Russian game of smoke and mirrors to trap us or our to dissuade us – it’s a diplomatic trap to dissuade us from additional sanctions and additional military assistance,” Vseviov said.

“I will not believe any deal before I see it actually implemented on the ground. I think the Russian strategy has not changed. It is still to destroy Ukraine and the idea of ​​a sovereign Ukraine and then move on to fundamentally alter European security architecture, ”he added.