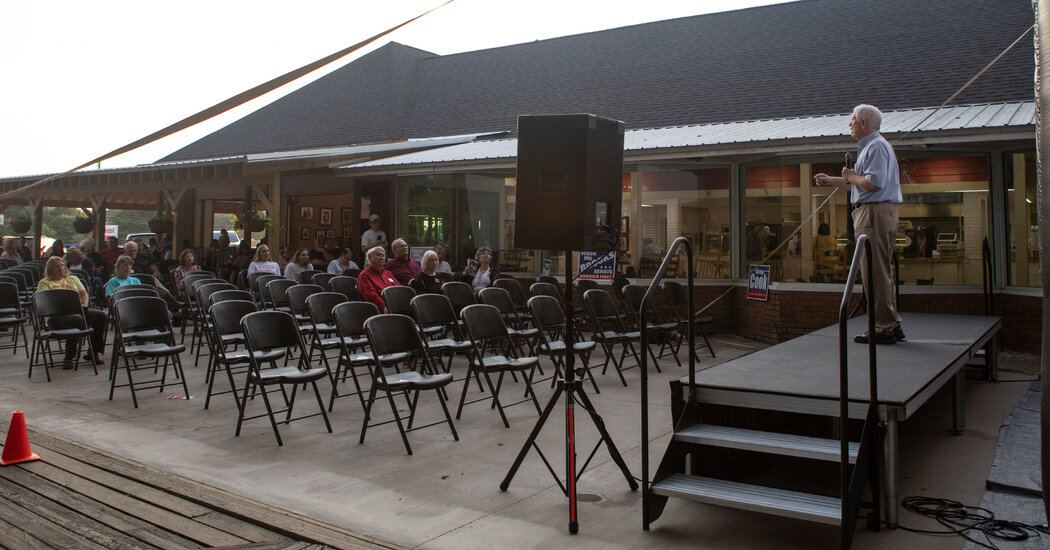 In politics, “the only thing that matters is how much money you’ve got and how low you’re willing to go,” he said with disgust on Friday. “It’s very, very disturbing. I hope it will backfire. ”

Mr. Brooks’ time in the barrel took place in the spring. A super PAC favoring Ms. Britt, Alabama’s Future, dredged up clips of the congressman disparaging Mr. Trump in 2016. “I do not think you can trust Donald Trump with anything he says,” Mr. Brooks said back then. Another outside group, calling itself No More Mo, ran an ad in the Florida media market that includes Mar-a-Lago, which blared that Mr. Brooks was “a proven loser” and “Trump deserves winners.”

Mr. Trump withdrew his endorsement of Mr. Brooks shortly after.

His stated reason was that Mr. Brooks had gone wobbly on election denialism by urging voters to focus on future races. Mr. Brooks revealed in response that Mr. Trump had pressed him for months after Jan. 6 to illegally “rescind” the 2020 election and to remove President Biden, and that he told Mr. Trump it was impossible under the Constitution.

Despite the Trumpian snub, Mr. Brooks continues to falsely maintain that the election was stolen from the former president, a view widely held by Alabama Republicans.

On May 12, Mr. Brooks was subpoenaed by the House committee investigating the violence on Jan. 6, 2021. On that date, Mr. Brooks, wearing body armor, had asked the roiling crowd of Trump supporters gathered near the White House, “Are you willing to do what it takes to fight for America?” Cheers erupted. He went on: “Will you fight for America?” Not long after, the protest became a riot and the Capitol was breached.

On Friday night, Mr. Brooks appeared in Clanton at Peach Park, a popular roadside fruit and ice cream stand adorned with pictures of beauty queens posing with peaches, for an outdoor screening of the movie “2000 Mules.” The film is the latest conservative effort to promote the myth of widespread fraud in the 2020 election. The Georgia State Elections Board last week dismissed some claims central to the movie.

“What we’re going to see tonight is a reaffirmation of what we already know,” Mr. Brooks told a sparse crowd.