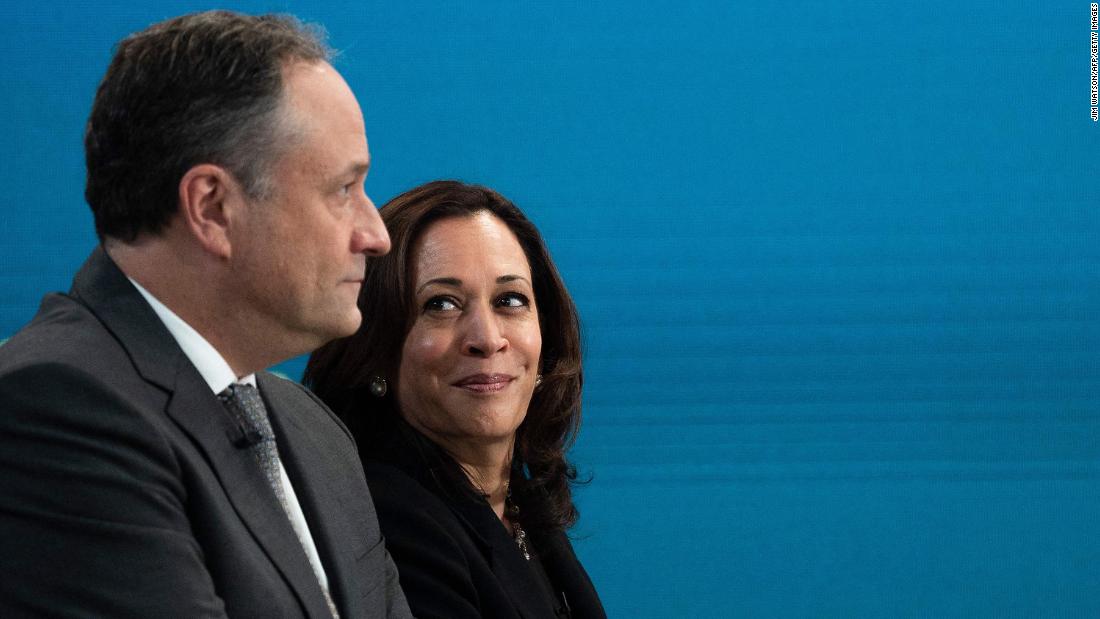 Harris told Israeli President Isaac Herzog during their phone call Thursday that she would hold a Seder in person at the Naval Observatory, according to a White House official.

The official said Harris and Emhoff will be joined by Jewish members of their staff and their loved ones. On Thursday, the pair is expected to give remarks the White House’s second virtual Seder.

Harris and Emhoff have shared a multitude of firsts in their historic roles. Emhoff is the first Jewish spouse of a president or a vice president, and Harris is the first woman and first woman of color to hold her title.

In November, they became the first couple to affix a mezuzah – which houses a small scroll that includes text of the Shema prayer and fulfills the biblical commandment to affix the object on the doorpost of the home – on an executive home. And in March 2021, Emhoff led the first virtual Passover Seder for the Biden-Harris White House, and said he hoped it would be the last one held virtually.

“This is the second Passover in a row that we’re celebrating virtually and hopefully it’s the last,” Emhoff said at the time. “The pandemic has forced all of us to adjust or pause some of our favorite traditions and activities, but if we all continue to follow the guidelines that are helping to keep us safe … we’re gonna win this fight against Covid and we ‘re all gonna be together in person next year. “

Since those remarks last March, the Biden administration and Congress have poured billions into a massive vaccination campaign to prevent the spread of Covid-19 and faced repeated surges where infections and deaths have skyrocketed and then come back down.
Covid-19 cases are trending up in more than half of states in the United States – including all but one state in the Northeast, Delaware. The country is averaging just over 38,000 new Covid-19 cases per day, according to data from Johns Hopkins University, but the daily rate is still one of the lowest since mid-July.

Emhoff recently tested positive amid a wave of positive Covid cases among administration officials and those in President Joe Biden and Harris’ orbit.

Still, Emhoff has said repeatedly that Passover has always been one of his favorite holidays, and he recalled going to Seders as a child at his grandma’s.

On Wednesday, Emhoff started his in-person celebrations early when he visited a Jewish day school in Washington to commemorate with elementary and middle school students.