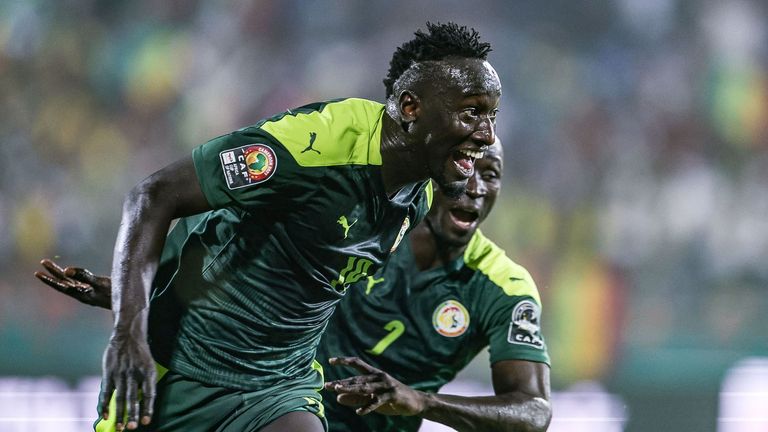 Senegal saw off the threat of giant-killers Equatorial Guinea and won 3-1 in their Africa Cup of Nations quarter-final on Sunday to advance to the final four of the tournament in Cameroon.

Famara Diedhiou opened the scoring for Senegal, who then conceded a surprise equalizer to Jannick Buyla, only for substitutes Cheikhou Kouyate and Ismaila Sarr to come on and restore Senegal’s lead and put the result beyond doubt.

Senegal, one of the pre-tournament favorites, have booked a semi-final meeting with Burkina Faso on Wednesday.

Earlier on Sunday in the first of two matches at the Ahmadou Ahidjou Stadium, Egypt edged Morocco 2-1 after extra time and will play host nation Cameroon in the other semi-final on Thursday.

The Africa Cup of Nations tournament will be broadcast live on Sky Sports in January and February.

The tournament, originally scheduled to be played in June and July 2021, will be played in Cameroon between January 9 and February 6, 2022, with Sky Sports showing all 52 games live.

Twenty-four teams will take part, kicking off on January 9 as hosts Cameroon host Burkina Faso in Yaounde, before culminating in the final on February 6 in the capital.