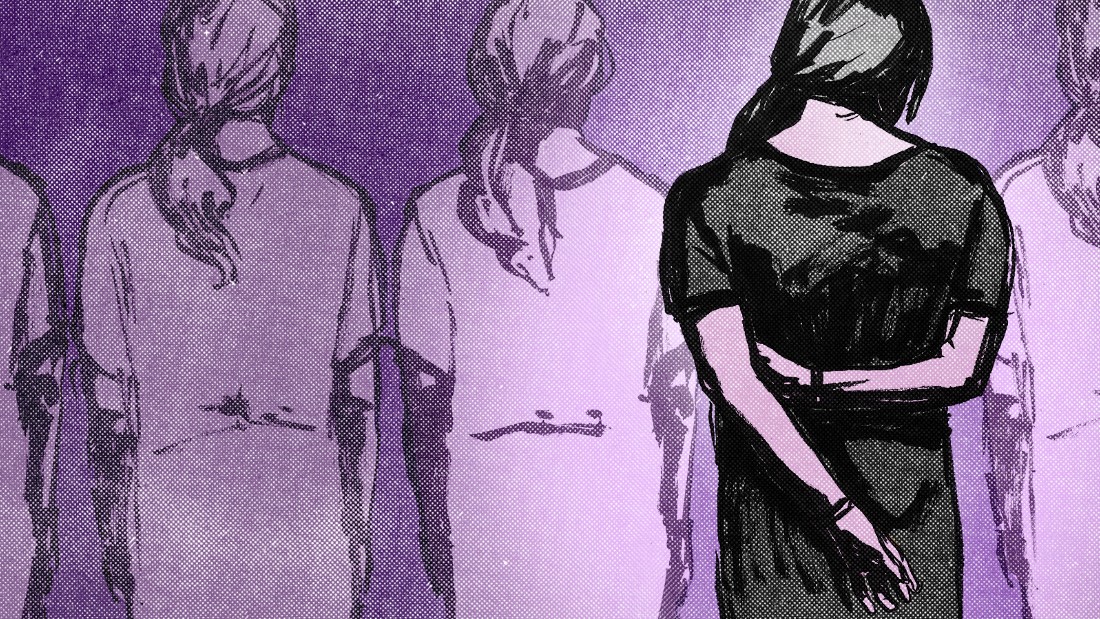 Statistics show that up to 44% of women report sexual assault and up to 80% of women report workplace sexual harassment, yet this exposure is “not widely recognized as a contributor to women’s cardiovascular health,” said study author Rebecca Lawn, a postdoctoral research fellow in epidemiology at the Harvard TH Chan School of Public Health in Boston, in a statement.

The study, published Tuesday in the Journal of the American Heart Association, analyzed data from a 2008 report from the ongoing Nurses’ Health Study II, one of the National Institutes of Health’s largest investigations into risk factors for major chronic disease in women.

Over 33,000 women with no history of high blood pressure provided information in 2008 about their exposure to sexual violence and other trauma. The women, who were mostly White, middle-aged nurses, also answered questions about post-traumatic stress disorder and depression.

The women were reevaluated in 2015, seven years later. At that time, medical records revealed about 1 in 5 of the women had developed high blood pressure, with the highest risk for women who had experienced sexual trauma in their work and private lives.

Women who reported having experienced both sexual assault and workplace sexual harassment had a 21% increased risk of hypertension, the study found. Women who said they had experienced workplace sexual harassment had a 15% higher risk, while women who reported experiencing sexual assault had an 11% higher risk of high blood pressure than women with no sexual trauma.

“We did not find any association of increased risk for hypertension among women who had a history of other types of trauma and who did not experience sexual violence, suggesting that increased hypertension risk does not appear to be associated with all trauma exposure,” Lawn said .

‘Body is telling the story’

Past research also points to a significant correlation between sexual trauma and health risks for women.

A 2008 study clinically measured blood pressure in over a thousand low-income, racially diverse workers and found sexual harassment to be linked to increased hypertension in women.
“In a sense, the body is telling the story,” Nancy Krieger, author of the 2008 study, told CNN in a former interview. Krieger is a professor of social epidemiology, in the department of social and behavioral sciences at the Harvard TH Chan School of Public Health.

“Not everyone is able and willing to identify what happened to them, but that does not prevent the body from having opinions about it and expressing them,” said Krieger, who directs Chan’s interdisciplinary concentration on women, gender and health.

A 2019 study using clinical measurements found women who reported workplace sexual harassment had higher blood pressure than women who did not. In fact, the blood pressure was high enough to put women at risk for stroke, aneurysms, kidney disease, heart attacks and other forms of heart disease, the study found. Sexual harassment was also linked to higher levels of triglycerides, a key risk factor for heart disease.
“There was a lack of striking differences in the health outcomes between women who were sexually assaulted or sexually harassed, which speaks to the universality of these types of experiences,” said senior author of the 2019 study, Rebecca Thurston, in a prior interview. Thurston is a professor of psychiatry at the University of Pittsburgh School of Medicine.

But that’s not all. Thurston’s study also used clinical measurements to study sleep and emotional health, and found that women who reported prior sexual assault were three times more likely to experience depression and twice as likely to have elevated anxiety than women without a history of sexual trauma.

The study also found women who experienced either sexual assault or harassment were twice as likely to have sleep problems, including insomnia.

Physicians should ask about sexual trauma

With heart disease being the No. 1 killer of women, it’s time for physicians to ask patients about their history of sexual trauma, and for women to open up, Lawn said.

“These results suggest that screening for a broader range of experiences of sexual violence in routine health care, including sexual harassment in the workplace, as well as verbal harassment or assault, and being aware of and treating potential cardiovascular health consequences may be beneficial for women. long-term health, “she said.

“Reducing sexual violence against women, which is important in its own right, may also provide a strategy for improving women’s lifetime cardiovascular health,” she added.

More research is needed on sexual trauma in diverse populations and ages, Lawn said, including race, ethnicity and gender.