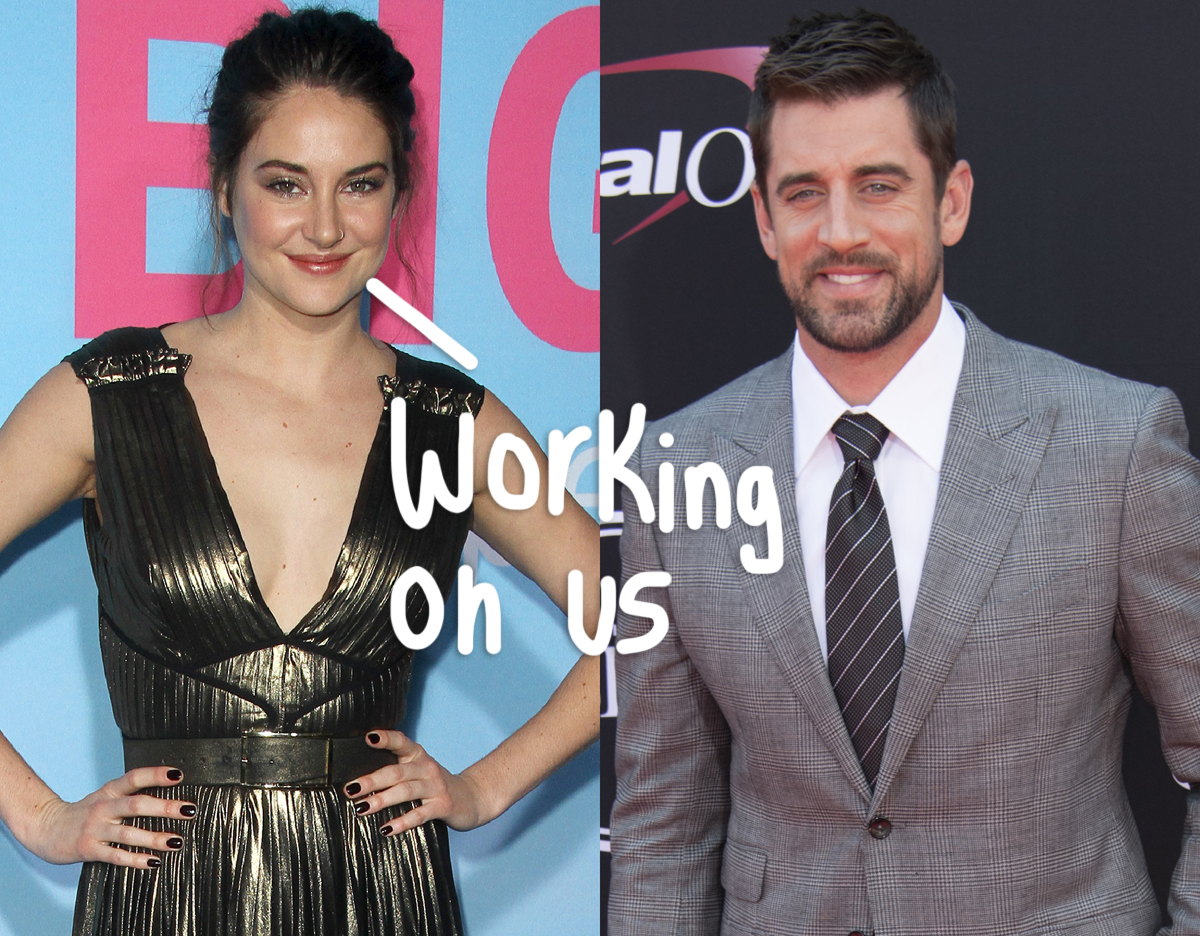 ICYMI, there have been a lot of questions about whether or not the pair broke up ever since the news of their ended engagement dropped last week. A source previously told Us Weekly at the time that they ended things partly due to their differences, explaining:

“They certainly had their differences and ultimately their relationship did not work. They thought they were a good match for each other in the beginning, but the more they got to know each other, they realized their careers, their interests [and] their political views were not aligned. ”

The insider added at the time that Rodgers prioritized football over the 30-year-old actress, causing some issues for them:

“He was focusing more on the sport than on future plans with Shailene.”

However, the (maybe ??) exes sparked reconciliation speculation when the 38-year-old quarterback posted an adoring message about Woodley earlier this week, writing:

“@Shailenewoodley, thanks for letting me chase after you the first couple months after we met, and finally letting me catch up to you and be a part of your life. Thanks for always having my back, for the incredible kindness you show me and everyone you meet, and for showing me what unconditional love looks like, I love you and am grateful for you. ”

Rodgers then fueled the rumors on The Pat McAfee Show Tuesday, where someone that sounded a lot like the Big Little Lies star was giggling in the background. He also gushed in the interview:

“I was also telling Shai, I’ve been with you for two seasons and won two MVPs. Like, that’s not a coincidence either and I mean that. … When your home life is stable and you have an amazing partner to do life with, it just makes the work life a bonus. I know for me, it’s been great to the last two seasons to have that stability at home, and I think about the other wives of my teammates who are just rock stars. When things are good in your personal life… it allows you to just relax and be so much more grateful, I think for the little things in life. ”

That same day the pair were then spotted hanging out together at Erewhon Market. An insider told E! News about the outing:

“They came to the cafe for breakfast and just sat outside at a table together.”

Now the question on everyone’s minds is: what the hell is going on here because all signs have been pointing to the fact that they are together! Luckily, more insight into the current status of their relationship was shared…

On Friday, an Us Weekly insider spilled that Rodgers and Woodley are “talking things through and trying to keep things private” even though they split, adding that “their love for each other never went away.” However, the source also insisted that the two “were definitely over” before, saying:

“Things are different now, but they were definitely over. Now that Aaron is in [the] off season, he has more downtime and can focus more on a relationship. Shailene is understanding and open – she has not shut the door completely or [she] would’ve never agreed to meet up with him. ”

Although the two have reconnected, it is up in the air as to if they’ll get back together or stay broken up:

“No one, including them, knows what the future holds – they can possibly get back together or they can decide they are not meant to be. That’s up to them to figure out. ”

We’ll have to see what happens between these two. But based on everything we know so far, it sounds like there is a strong chance they could give their love another shot! Are you hoping that Aaron and Shailene get back together? Do you think they will? Let us know in the comments!