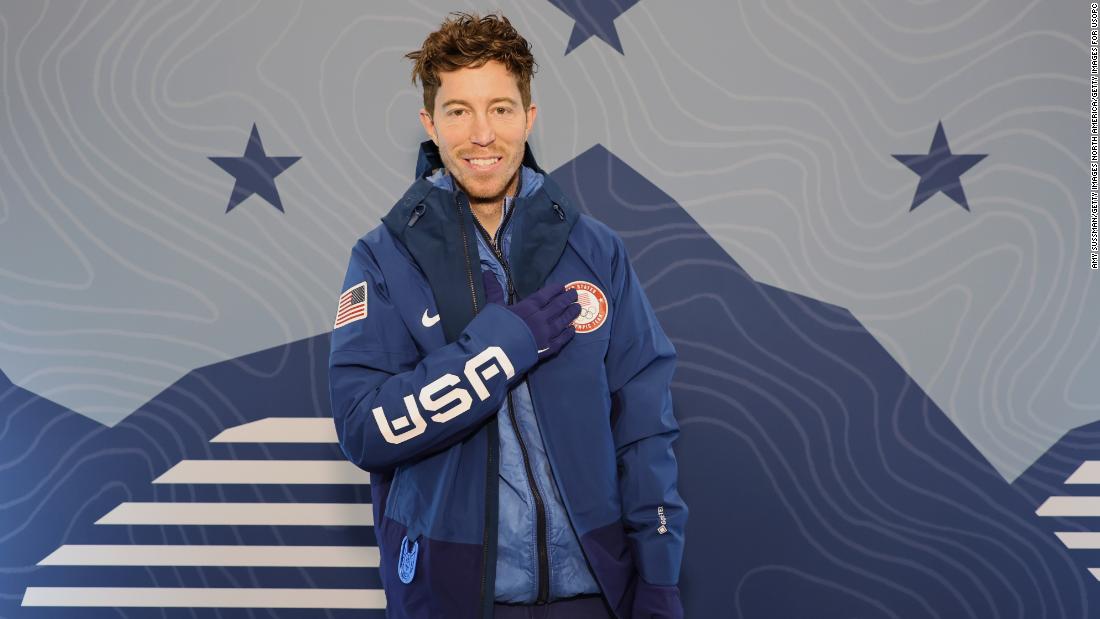 “I was in Austria. The pipe was not the best conditions. I had this ankle issue which prevented me from competing further at the Mammoth qualification,” White, who is competing at his fifth Olympics, told reporters.

“I had this knee issue from where I had surgery the summer before, and I injured my back working out randomly,” added White.

“And on the chairlift ride, the mountain was closing and no one was around, and I was watching the sun go down, and it just hit me. I was like, ‘this is it, these are the signs.’

“It was a very sad and surreal moment, but very joyous as well. I reflected on all the things I’ve done, and looked at that sunset going down, and I thought: ‘Next time I’m here I will not be stressed about learning tricks. ‘

“I will not be worried about some kind of competition. I’ll just purely be here to enjoy the resort, maybe check out other runs besides the halfpipe for once.”

Once dubbed the “Flying Tomato” because of his flowing red hair, White has won three halfpipe Olympic gold medals since his Winter Games debut at Turin in 2006, adding 13 titles at the Winter X Games to become one of the sport’s most iconic figures.

“This has all had its amazing glow to every single decision and every single competition because I’ve decided this will be my last Olympics,” said White.

“I’ve been giving it my all, there have been some ups and downs along the way to get here. But through all that, I feel I’ve got stronger and better.

“I’m just so excited about everything. Opening ceremony was incredible. The venue looks incredible, just enjoying every single moment.”

The men’s snowboard halfpipe qualification at Beijing 2022 is on Wednesday, with the final run medal event on Thursday.

“I’ve done so much in the sport – I hope that my riding speaks for itself. I’m always trying to push and progress and do the next biggest things and try to pick up with what trends are happening within the sport and be ahead of that curve.I’m just kind of enjoying every moment.

“I’m most proud of staying on top of the sport that’s ever-changing for as long as I have done. That’s legacy performance.”

Very much the face of snowboarding since 2006, White revealed he had just one regret about his sporting career.

“The only thing I really regret is that I maybe hung up slopestyle too soon because I love hitting jumps and I know they invented a new airbag right when I retired from the discipline.”

In 2014, troubled by a wrist injury, White withdrew from the slopestyle event at the Sochi Winter Olympics after admitting the course presented an “intimidating” challenge and subsequently only completed in the halfpipe.

“I do not know how many kids really aspire to be a cowboy and get to be a cowboy,” White added. “At a young age, snowboarding is what I wanted more than anything and to be walking in these shoes today is just incredible. It feels so amazing, I’m so proud.”