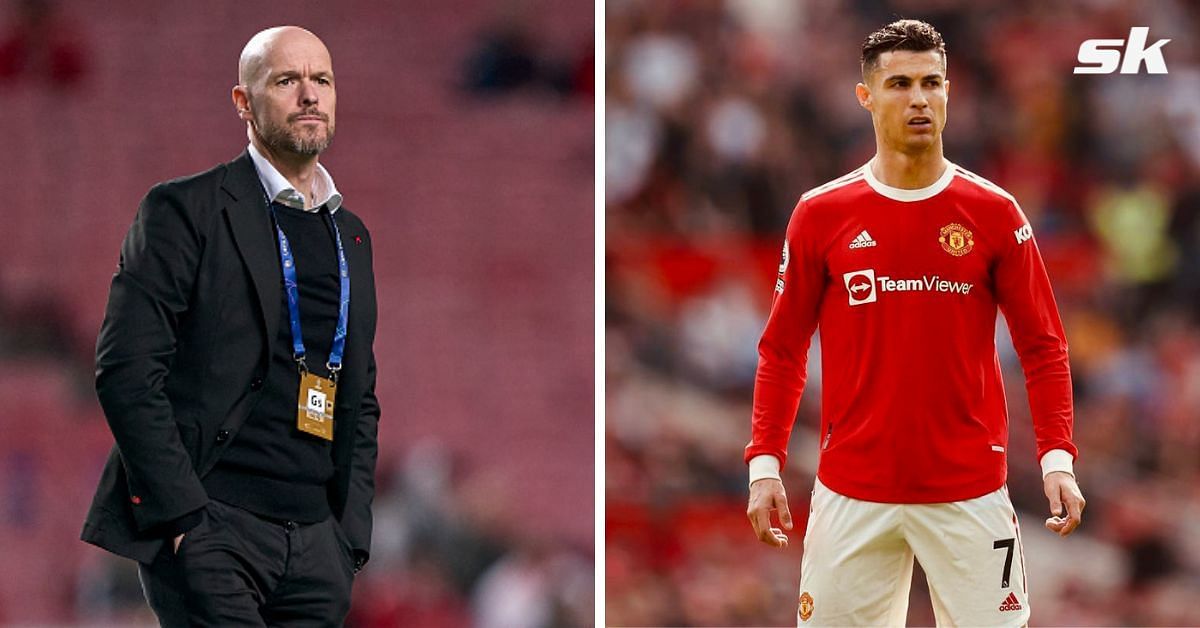 Manchester United’s next manager Erik ten Hag made some intriguing words for the club’s star man Cristiano Ronaldo in 2017.

The Dutch coach was announced by the Red Devils as the club’s next manager and will succeed current interim boss Ralf Rangnick in the summer.

One major task in ten Hag’s hands will be to oversee a huge overhaul of the squad with a number of departments being anticipated.

Cristiano Ronaldo’s future at Old Trafford has been one of interest. It has been speculated that he could depart in the summer should United fail to qualify for the UEFA Champions League. But Manchester United fans will be encouraged by their new manager’s comments on the Portuguese superstar.

During his time as FC Utrecht head coach in 2017, ten Hag spoke highly of Ronaldo possesses. He told DutchSoccerSite (via UnitedDistrict):

“Take Cristiano Ronaldo. His heading capabilities, his jump, his timing. That takes thousands of hours of training and practice, like with his free kicks and kicking technique. He’s so talented but he constantly demands the best out of himself. That is the difference with the subtop. But if we are subtop, we can distinguish ourselves from the level below us, by doing the same at our level. ”

🗣 Erik ten Hag on Cristiano Ronaldo in 2017: “His heading, his jump, his timing. That takes thousands of hours of training, like with his free kicks and kicking technique. He’s so talented but he constantly demands the best out of himself. That’s the difference with the subtop. “

🗣 Erik ten Hag on Cristiano Ronaldo in 2017: “His heading, his jump, his timing. That takes thousands of hours of training, like with his free kicks and kicking technique. He’s so talented but he constantly demands the best out of himself. That’s the difference with the subtop. “

The Ajax manager’s words are an indication of his admiration for the 37-year-old and could be a hint that the Portuguese will be part of the rebuild at United.

🇵🇹 @FabrizioRomano: “Cristiano Ronaldo is waiting to see what happens with the manager, what will be the project of Erik Ten Hag.” @YouTube #MUFC 🔴✅

Could Cristiano Ronaldo be one of many departures from Manchester United as Erik Ten Hag begins his rebuild?

Current Manchester United interim manager Ralf Rangnick has hinted that as many as ten new faces are required at the club. That, of course, will not happen over the course of this summer, with perhaps three or four coming in as part of a long-term project.

Despite the obvious need for acquisitions, there is a huge requirement for the club to offload players who will not be a part of the new era at the club.

Paul Pogba, Jesse Lingard, Juan Mata, Nemanja Matic, Lee Grant and Edinson Cavani’s contracts with the club all expire in the summer. It seems highly unlikely any of those players will remain at Manchester United.

Despite Pogba’s representatives having reportedly (per Sky Sports) been in touch with as many as five European clubs, he has still not made a decision on his future. The reaction the Frenchman got from the Old Trafford faithful during United’s 3-2 victory over Norwich City last weekend speaks volumes as he was booed by fans.

Yet despite his contract not expiring until next summer, there is speculation about Ronaldo’s future. The Portuguese has been United’s savior on many occasions this season. However, his arrival at the club has somewhat been a poisoned chalice given that the Red Devils finished second prior to his signing.

It could be up to Ronaldo as to whether he wishes to stay at Manchester United. Fabrizio Romano reports that he is keen to hear about ten Hag’s project.