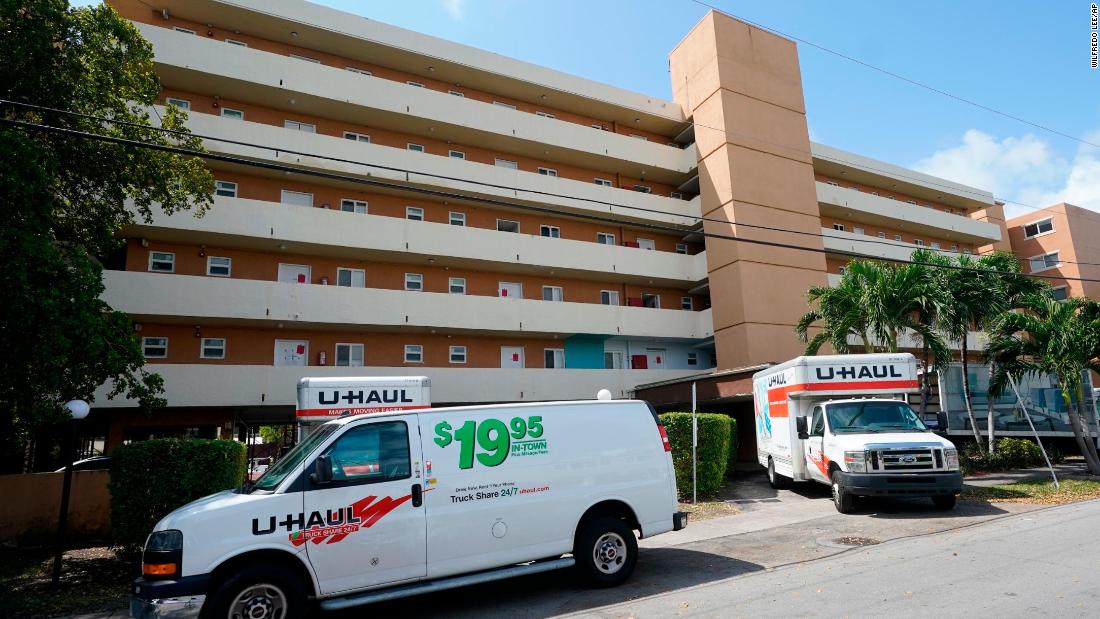 The city received a letter from an engineering firm on Monday notifying the property owner and city officials of the firm’s findings after a months-long investigation, according to a news release. The apartment building, Bayview 60 Homes, was built in 1972, according to the release. Fifty-five of the building’s 60 units were occupied as of Monday, city officials said.

Since last July, several units in the Bayview 60 Homes building have been under repair ahead of the property’s 50 Year Recertification inspections.

Susset Cabrera, Chief Communications Officer for North Miami Beach, told CNN on Monday that the owner of the building “verbally requested that the city order an immediate evacuation of residents” based on the engineering report.

In the April 1 report, Bronislaus P. Taurinski Structural Engineers, the engineering firm hired by the property owner of Bayview 60 Homes, found that the building needed to be evacuated due to a “deflection” in the elevation of the building’s floor slabs. Deflection is an engineering term for how much something changes shape when a load is applied to it.

“The deflection in the slabs is exceeding the (American Concrete Institute) guidelines for two-way slabs,” according to the letter.

Cabrera says residents were told by the property owner to evacuate by 2 pm on Monday. It is unclear if residents were given any other warning ahead of time.

“They have 24 hours to take their personal belongings. The city will schedule a time for residents to come back later this week to pick up heavier furniture and large items,” Cabrera said in an email to CNN.

In July, North Miami Beach ordered the evacuation of a 10-story building, Crestview Towers, after a report determined the building’s structure to be unsafe. The residents have not yet returned, Cabrera said.

“The residents at Crestview have not been allowed back to the property because the structural repairs just started two weeks ago,” Cabrera told CNN. “The electrical repairs have not started yet. Therefore, the building is still unsafe until the property completes the repairs needed for re-occupancy.”