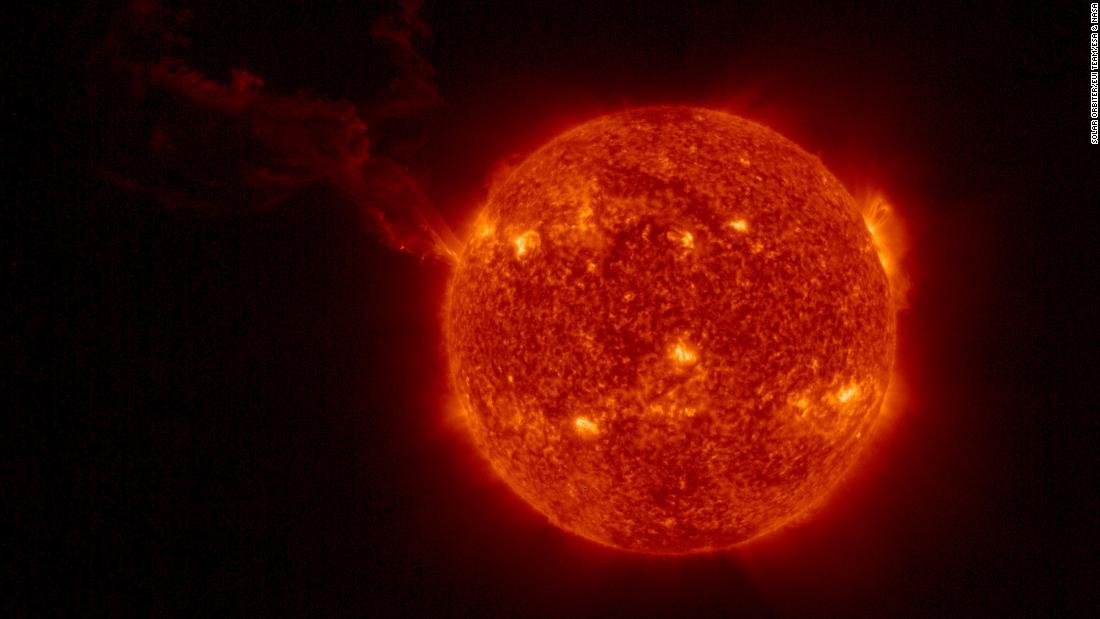 I got a step closer this week when I boarded the Star Wars: Galactic Starcruiser at Walt Disney World for a preview of the first-of-its-kind immersive experience, opening on March 1. As a Star Wars fan, I was delighted to interact with characters new and old and live out a choose-your-own adventure at a resort simulating a cruise among the stars.

Joining a secret mission, I trained with a lightsaber, traded messages with spunky droids and helped Chewbacca sneak around the ship to aid Rey and the Resistance against the First Order.

But my breath caught as I stepped inside my cabin and beheld a window with a constant view of shimmering stars, asteroid fields, passing ships and a dazzling array of planets. Standing on the ship’s bridge, I spied sparks of lightning as storms brewed in the tumultuous clouds of Bespin, a planet familiar to fans of “The Empire Strikes Back.”

As a science journalist, I often imagined what it might be like to travel to space. Now, I finally know – sort of, just with more gravity, and of course, the Force.

A spacecraft studying the sun was in the right place at the right time when our star decided to have a bit of a temper tantrum.

The Solar Orbiter found itself in the perfect position to capture an unprecedented image of a massive solar eruption on February 15.

The striking event extended millions of miles into space from the sun – and luckily, it was traveling away from Earth rather than toward us.
It’s another sign that our sun is getting more active as it builds toward a peak of stormy activity in 2025.

Imagine enjoying a nice, sunny day when, all of a sudden, a 33-foot-high (10-meter-high) wall of water comes rushing in while fiery spheres of glass rain down.

This is likely what happened to the dinosaurs 66 million years ago when a city-size asteroid struck the planet.

The cataclysmic impact took place during springtime in our world’s Northern Hemisphere, according to new research.

Scientists made this determination after studying the bones of paddlefish preserved in rocks in North Dakota. The fish died within an hour of the event.

“This deposit literally looks like a car crash frozen in place. It looks like the most violent thing I have ever seen, preserved in pristine condition,” one of the researchers said.

A long time ago

Hundreds of pottery jars and other tools used for embalming have been recovered deep inside a cemetery shaft near Cairo.

Ancient Egyptians used these for storage as they prepared the bodies of the dead for the afterlife more than 2,500 years ago. Researchers are trying to learn more about the jars and the intriguing inscriptions they bear to determine who owned them.
Meanwhile, flattened stones and spiky clay balls sitting in a Japanese museum have shed light on the origins of throwing stars. These throwing weapons were used by ninjas, the mysterious covert agents of feudal Japan, 430 years ago.

These are just some of the 4.4 million objects newly mapped by astronomers that are billions of miles away from our corner of the universe. Many of the celestial objects are galaxies harboring giant black holes or stellar nurseries where stars are born.

Observations made using data from the Low Frequency Array telescope, or LOFAR, is changing the way we see the night sky – and this week’s release was only 27% of the entire survey.

Our own Milky Way galaxy is full of intriguing objects, including this exoplanet where metal clouds form at night and rain is made of precious gems.

The Greenland ice sheet is melting far more quickly than we thought – and that’s dumping even more water and ice into the ocean than expected.

The bottom of the ice sheet is releasing meltwater at an unprecedented rate. As meltwater falls from the top, gravity creates kinetic energy that warms water pooling at the base.

But instead of generating electricity, this is speeding up the melting process.

You will not believe your eyes:

– A doghouse, once the home of a German Shepherd named Roky, was struck by a meteorite fragment in April 2019 and sold during an online Christie’s auction this week.
– An “exceedingly rare” fossil belonging to a giant flying reptile was found on the shore of the Isle of Skye. The fossil is so well preserved that its teeth still retain their shiny enamel and the claws are menacingly sharp.
– The Hubble Space Telescope captured a new image of a weird space triangle formed by two galaxies crashing together in a cosmic tug-of-war.
Like what you’ve read? Oh, but there’s more. Sign up here to receive in your inbox the next edition of Wonder Theory, brought to you by CNN Space and Science writer Ashley Stricklandwho finds wonder in planets beyond our solar system and discoveries from the ancient world.