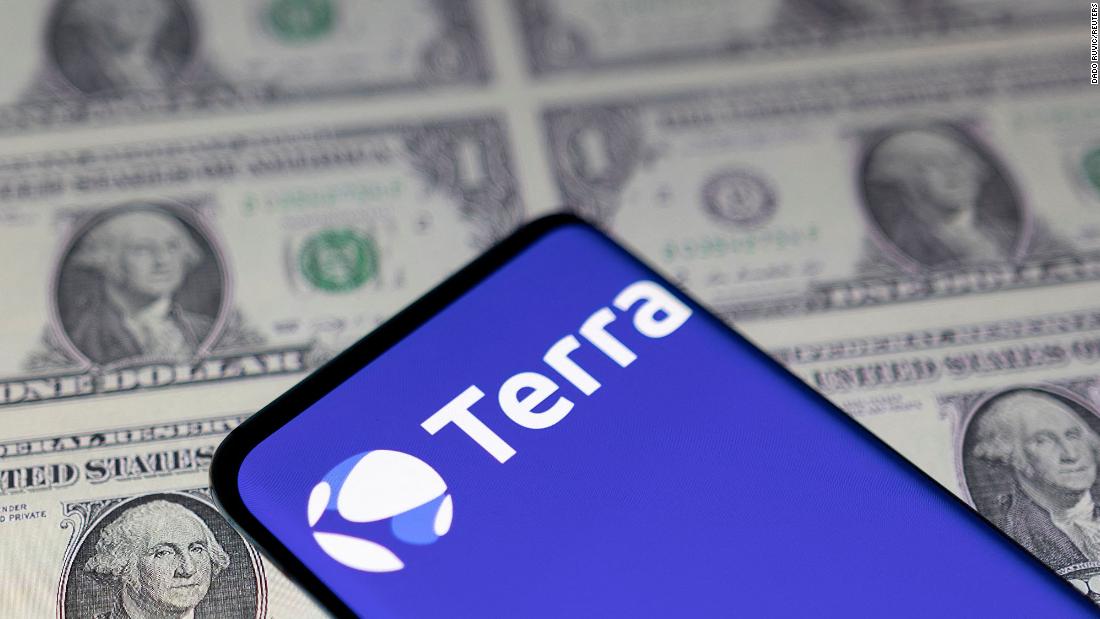 On Twitter and Reddit, Luna and TerraUSD investors stunned tried to take stock of their losses after the cryptocurrencies’ dramatic collapses last week.

The two cryptos took a beating as Terra – a supposed “stablecoin” that was meant to retain a $ 1 price point – lost its peg, and the connected Luna crypto dropped 99% in a matter of days. Combined, the two cryptos shed tens of billions of dollars in value. Among the investors of Terra and Luna, so-called LUNAtics, a palpable sense of panic set in.

The moderators of the subreddit pinned the National Suicide Prevention Lifeline number at the top of the page as users wrote tragic posts about their losses.

“For everyone panicking, here are some national helpline numbers,” the moderators’ post read.

“My ex-colleague attempted suicide,” wrote one user, who claimed the friend put his live savings into crypto and Luna. “If you feel pain and you think your life is miserable without money, you feel failure and stuff … just come to people you love.”

“I lost over 450k usd, I can not pay the bank,” wrote another who mentioned having suicidal thoughts. They did not specify if their losses were from Terra or Luna.

Other users tried comforting the despondent posters, with one telling them, “You will get through this. We all will. The most important part is to not give up.”

Even as Luna and Terra continued to tank, no new posts were published on the subreddit, likely due to the moderators locking the site.

That was also true for the group’s separate Discord server, where mods locked down the chatroom “so new people can not come in and spread FUD [fear, uncertainty and doubt] & misinformation. “
Also on Twitter, 29-year-old Kevin Sonei’s recent tweet thread about his personal experience with crypto losses and a suicide attempt went viral.
Sonei, a web3 comedian from Los Angeles, describes himself as a suicide survivor. He said he attempted to take his own life after losing hundreds of thousands of dollars in crypto last summer. Now, Sonei is a mental health advocate who says he feels a responsibility to guide crypto investors through tough losses.

“I just wanted to show some perspective to people, like, ‘Hey, I was in a very similar position to where you all are today last year,'” said Sonei. “As much as I wanted to give up, I did not and … I’m OK now. I’m the best I’ve ever been.”

To Sonei, the fall of one of the most valuable stablecoins – assets that were pitched as stable investments – is especially destabilizing to the crypto set.

One Luna influencer who goes by the Twitter handle “Wolf of DeFi“told CNN that prior to the crash, around 90% of his net worth was tied up in Luna and Terra. The investor, who said he did not want to be publicly identified because of security concerns, described the crash as a” nightmare . “

“I think no one, [including] me, ever thought it was possible to lose that much of money in a stablecoin. And I think that’s the biggest surprise ”

In the Terraluna community, many fans are fervent. And while one might think Wolf of DeFi would be disillusioned after losing what he says was nearly all of his life savings, he says he’s still a proud LUNAtic.

“I’ve never lost this much money in a few days in my life. I hope I never will again. But, I invested in a vision,” he said. “I am 100% sure I will do it all again. I can look myself in the mirror and it’s OK. It has been an honor to be part of the community. I will never leave the community.”

While some wallowed in despair at the collapse of Luna, others latched on to unfounded online conspiracy theories about hedge funds BlackRock and Citadel Securities being somehow involved in the collapse. Citadel has become enemy No. 1 of the meme investment crowd after it shorted GameStop in 2021 and its CEO Ken Griffin outbid a group of crypto investors for an original copy of the US Constitution.

BlackRock and Citadel both denied to CNN they were involved in Luna’s crash.

“Citadel was not involved and does not trade stablecoins, including Terra UST,” a Citadel spokesperson told CNN.

“Rumors that we had a role in the collapse of UST are categorically false. In fact, BlackRock does not trade UST,” tweeted BlackRock.

Gemini, a crypto exchange that was also cited in the rumors, also denied that it was involved.

Do Kwon, the CEO of Terraform Labs – the company behind Luna and Terra – tweeted out a missive to the “Terra Community,” in which he outlined a recovery plan.

“I understand the last 72 hours have been extremely tough on all of you – know that I am resolved to work with every one of you to weather this crisis, and we will build our way out of this,” he wrote on Twitter.

“Terra’s return to form will be a sight to behold,” wrote Kwon. “We’re here to stay. And we’re gonna keep making noise.”

Kwon has come under scrutiny for having previously tweeted that some critics of Luna were “poor.” Terra did not respond to CNN’s request for comment.

Mike Novogratz, founder and CEO of crypto fund Galaxy Digital, was one of the most prominent supporters of Luna. He famously tweeted out a photo of a “Luna” wolf tattoo in January and has been hyping up the cryptocurrency for months to his more than 457,000 Twitter followers.

As of Monday afternoon, he had not tweeted about the currency’s collapse or responded to CNN’s request for comment.