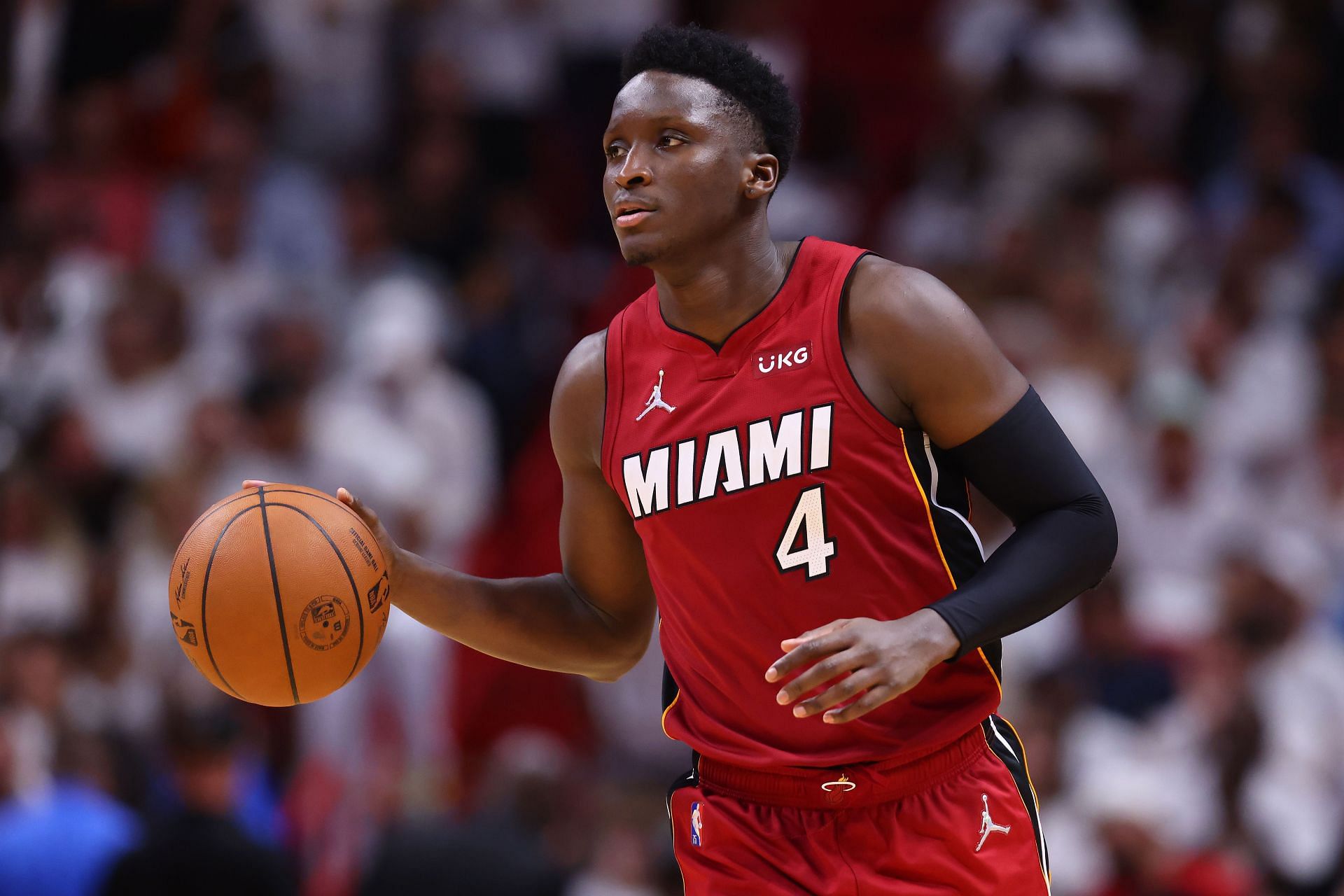 Miami Heat’s Victor Oladipo has come under immense praise from Jamal Crawford after his performance in Game 3 of the Conference finals against the Boston Celtics.

In a little over 20 minutes of action, Oladipo recorded only five points against the Celtics. However, his efforts at the defensive end of the floor – four steels – changed the game, as the Heat won 109-103 to take a 2-1 lead.

Crawford, a three-time Sixth Man of the Year, said that the box score did not do justice to Oladipo’s performance. He tweeted:

“Vic Oladipo’s stats will not justify the game he actually played. They do not win this game without him.”

Oladipo has a busy summer ahead of him. He hits the free agency market, with the Atlanta Hawks and a few other teams interested in signing the guard.

Vic Oladipo’s stats will not justify the game he actually played. They do not win this game without him.

Vic Oladipo’s stats will not justify the game he actually played. They do not win this game without him.

How far can Victor Oladipo and Miami Heat go this season?

The Miami Heat and Jimmy Butler came into the season hoping to contend for the championship.

Considering the way things have unfolded, the Heat are truly in contention. Miami finished the regular season as the top team in the East despite suffering injuries to key players like Butler and Bam Adebayo.

Tyler Herro and others stepped up in their absence to continue the team’s winning ways. The trump card for Miami has been their chemistry and the blend of experience and youth in their roster.

They reached the NBA Finals two years ago and retained much of that roster. They have sharpshooters such as Herro and Duncan Robinson as threats from the three-point range and also have mobile players to guard the perimeter.

The Heat made light work of the Atlanta Hawks, thanks to their elite defense. They went on to beat the Philadelphia 76ers in the second round in six games and now need two more wins against the Celtics to reach the NBA Finals.

Victor Oladipo and others will have to continue to complement their superstar Jimmy Butler if the Heat are to go all the way the way.