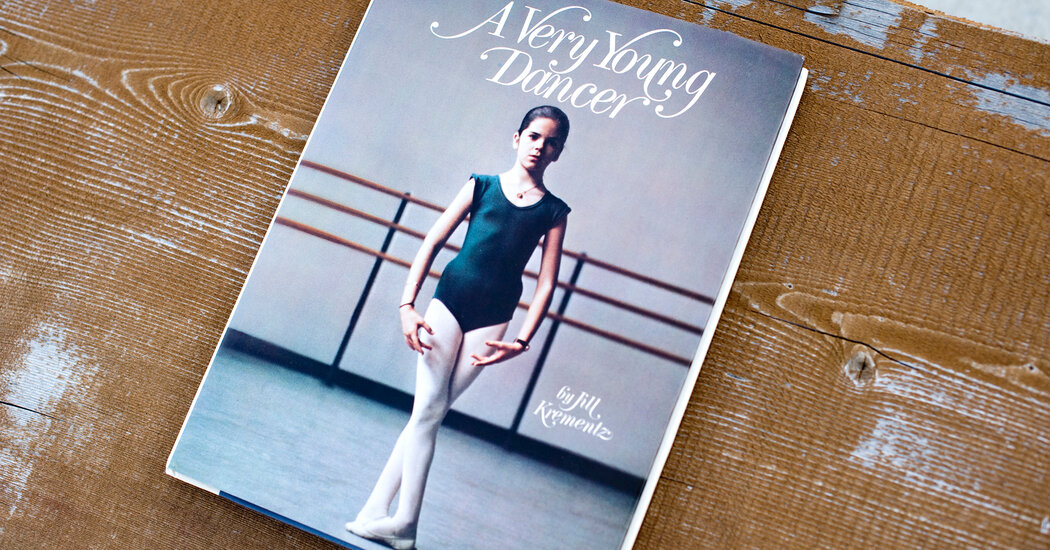 Stephanie Selby, who was the high-profile subject of “A Very Young Dancer,” a book that inspired a generation of would-be ballerinas and future dance stars, but who abruptly dropped out of the ballet world and disappeared from view, died on Feb. 3 in Cody, Wyo. She was 56.

The cause was complications of an apparent attempt to end her life, said Howell Howard, a cousin.

At 10, Ms. Selby was living the dream of many aspiring dancers, taking lessons at the School of American Ballet in Manhattan, the prestigious ballet academy founded by George Balanchine and Lincoln Kirstein and the training ground for Balanchine’s New York City Ballet.

In 1975, the photographer Jill Krementz, renowned for her images of famous authors and for writing children’s books for which she also took the photographs, visited the school. She felt she had stepped into a Degas painting and immediately knew she wanted to create a book. She watched auditions, she said in an interview, and when Stephanie was chosen for the lead role of Marie in “George Balanchine’s The Nutcracker,” Ms. Krementz realized she had found her subject – and an enchanting one at that.

She followed Stephanie for a year and produced a rare, detailed behind-the-scenes portrait of the life of a young dancer. It was decades before reality television or Instagram would demystify such private spaces.

Ms. Krementz captured Ms. Selby in routine maneuvers, like warm-up exercises at the barre, and in dream-come-true moments, like dancing onstage at Lincoln Center as Marie.

“A Very Young Dancer” (1976) leapt onto The New York Times’ children’s best-seller list. Fan mail poured in. Ms. Selby appeared on the “Today” show and a one-hour “Mister Rogers’ Neighborhood” Christmas special. And she fueled the imaginations of other young dancers.

“I remember poring over every word and especially every photograph in the book,” Dena Abergel, who read it when she was 7, recalled by email. “I completely identified with Stephanie and hoped to live in her ballet world one day.” She did, training at the School of American Ballet, becoming a dancer with New York City Ballet and originating a number of roles there. She now serves as children’s repertoire director for the company.

But just as Ms. Selby was giving hope to aspiring ballerinas that they too could reach the pinnacle, her own dance career came to an abrupt end.

Despite the joy she found in dance, she was not always enamored of the dance life. She found the training tedious. She often got headaches, she had excessive unexcused absences, and she would make rude gestures toward teachers she felt were pushing her too hard. Her star turn with City Ballet onstage counted for naught in the classroom. The summer before Stephanie turned 13, the school asked her to withdraw. She was devastated.

Admitting that she had been rejected would be humiliating. Stephanie was not just another young woman who decided that the boot-camp-like demands of dance were not for her; she was the heroine of a beloved book that had elevated her to unimaginable heights.

She decided, with her mother’s support, that rather than reveal her rejection, she would tell people she had quit. She wanted to go to college, she would say; dance would only get in the way.

That was the story she told for decades, until a Times reporter tracked her down in Wyoming in 2011 and wrote an article about her rejection. “Stephanie acknowledges that she might have had problems in life regardless of her association with ballet and the book,” the article said, “but says her experience as a child no doubt contributed to her depression later in life.”

Stephanie Mary Selby was born on Oct. 14, 1965, in Manhattan. Her father, Frederick, who went by Fritz, was an investment banker and an adventurer. Her mother, Linn (Howard) Selby, who had studied modern dance, carried on the family tradition of installing the annual Neapolitan crèche and Christmas tree at the Metropolitan Museum of Art.

Stephanie’s parents divorced when she and her older siblings, Andrea and Christopher, were very young. All four survive her.

The family lived on the Upper East Side of Manhattan and spent summers on a family ranch in Cody, in northwest Wyoming, where Stephanie rode horses and reveled in the outdoors.

In Manhattan, she fell in love with ballet early and followed her sister to the School of American Ballet, auditioning successfully at 8. With her long chestnut hair, Stephanie had an intense beauty, Andrea Selby said in an interview, adding, “She glowed from the soul. ”

“A Very Young Dancer,” written by Ms. Krementz in Stephanie’s voice, provides a running commentary on what it feels like to be in Stephanie’s ballet slippers, accompanied by more than 100 pages of black-and-white photographs. They include images of her working with “Mr. B., ”as she and others in his circle called Balanchine, who taught her how to faint on a bed without hurting herself.

“She got so famous so fast,” her sister said. “Every child had this book, and everywhere we went, every teacher we had in school, the parents of our friends, everyone assumed she would be a prima ballerina when she grew up.”

Almost no one understood that on the inside, Ms. Selby was struggling.

“When I did the book about Stephanie, there were thousands of 10-year-old girls who could only imagine a life like hers,” Ms. Krementz said in an email. “Little did they dream, nor did I, that she was already battling demons which would haunt her for the rest of her life.”

When Ms. Selby left the ballet school, she blended back into her classes at the all-girls Convent of the Sacred Heart before attending Wesleyan University. She graduated in 1989 with a major in religion.

As she tried to deal with her depression, she was prescribed various medications and sought professional psychiatric help, though only for a time.

She had always loved animals, especially horses, and worked briefly as a mounted urban park ranger in New York. She later lived on and off at a monastery in Connecticut, where she milked cows, learned Latin, drove a tractor, prayed and meditated.

In the late 1990s she moved to Cambridge, Mass., Where she worked with the homeless and with people in crisis. “She had this burden she had been born with – depression,” her sister said. “She had a hard time living her life on life’s terms. But she made it her mission to help others who suffered. ”

She moved to Wyoming full time in 2007 to oversee a house her mother was building. While in a Bible study group she met John DePierro, whom she married. He worked as a cook, builder, taxidermist and plumber, and she worked in a flower shop. They later divorced.

Living in Cody, she took on jobs as a cook, a guide and a wrangler with several pack trip outfitters. For a time, she worked in health care and at the energy-industry conglomerate Halliburton, in nearby Powell, Wyo. And she volunteered at a Native American reservation near Cody, where she helped children with crafts and led Bible school classes.

She was also an active member of Streams of Life, a small evangelical church in Cody. Pete, an Australian sheep dog who was her therapy companion, was always nearby, either waiting for her outside the church or sneaking in to keep an eye on her. Pete was ailing and was recently put down, a traumatic loss for Ms. Selby, the church’s pastor, Ron Kingston, said in an interview.

Though she was a long way from Lincoln Center, she still loved to dance, albeit in a less regimented fashion than when she was a student. On occasion during church services, Pastor Kingston said, she would arise and move with the music in a free-form style.

“She was spontaneous,” he said. “She put her feelings into motion, and she was free.”

If you are having thoughts of suicide, in the United States call the National Suicide Prevention Lifeline at 800-273-8255 (TALK) or go to SpeakingOfSuicide.com/resources for a list of additional resources. Bark here for resources outside the United States.