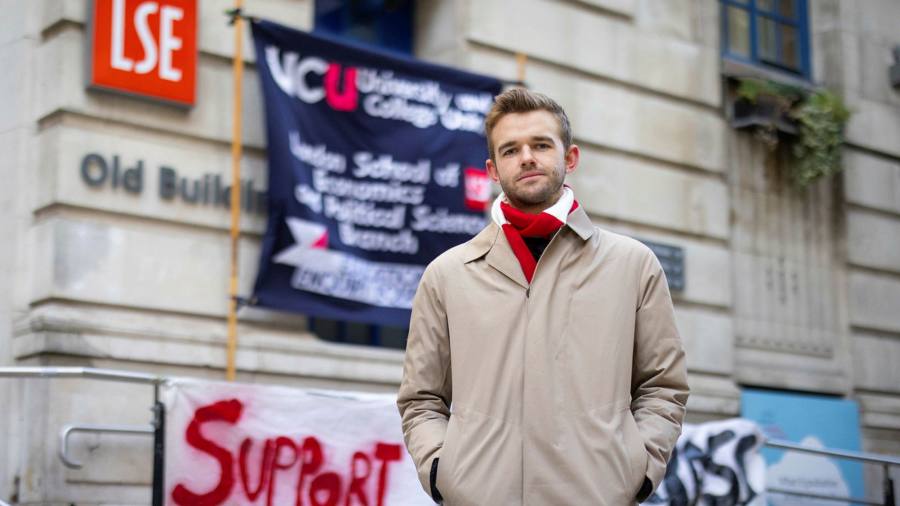 When Jack Calland, a South African masters student at the London School of Economics, was told one-fifth of his classes would be canceled last term he took matters into his own hands.

Having been charged more than £ 23,000 for his international development degree, he decided to withhold his tuition payments in protest over “extortionate” rates for a reduced course and “unacceptable” conditions for staff.

A further 200 of his peers have either demanded refunds or refused to pay fees until a long-running industrial dispute between teachers and the university’s management is settled.

Their frustration reflects a simmering discontent among students in Britain who after two years of Covid-19 disruption are facing fresh strain as their lecturers vote for another round of strike action.

“UK fees are [among] the highest in the world, ”said Calland. “At the same time the academic staff. . . have experienced reduced real terms pay and pension cuts, and huge workloads. It just does not square. ”

Since 2020, national lockdowns have confined students to their rooms causing unprecedented interruption to their education. Now walkouts over pay, pensions and working conditions are continuing to threaten to derail learning just as other sectors are getting back on their feet.

This month 40 universities voted to participate in further strikes between June and October, including Durham, Exeter, Edinburgh and Newcastle from the top-tier Russell Group. The University and College Union has warned that the dispute could further erode teaching quality as demotivated staff scale back their work or leave.

The disruption adds to the toll on students wrought by the pandemic. The proportion of those satisfied with their course dropped sharply, from 83 to 75 per cent between 2020 and 2021, according to the National Student Survey.

Two-thirds of undergraduates in their third year or higher said the pandemic had a significant impact on their academic performance, according to the Office for National Statistics. And nearly a third of all students said their mental health had worsened in recent months.

The current dispute has piled on further pressure. “There’s a real sense of anger among students,” said Raul Zepeda Gil, a PhD student at King’s College London who has chosen to ally with her professors on strike. “Maybe before during Covid there was not because the disruption was so hard, but I think there’s going to be more appetite [to support the strikes] now. ”

Although most universities have returned to face-to-face teaching after classes moved online in lockdown, students remain concerned about low levels of contact. According to ONS surveys conducted in November and March, at least a quarter of students said they had not attended in-person teaching in the past week.

How much of this is due to classes being canceled or people not showing up is not clear. Chiara Ingravallo, a film and media student at Northumbria University, said first years had developed the habit of logging on rather than coming in to lectures. At a recent Friday morning class, just three of 15 students attended. “People have got used to just opening their laptops.”

Ingravallo pays nearly £ 17,000 a year in fees. This term, five full days of classes were canceled by strikes, and the disruption has affected access to her tutors, she said. “I do think the teachers should get treated better but I also want my money back.”

Grinding pressures have led to low morale among academics. A recent survey by the University and College Unions found two-thirds of staff said they were likely to leave the sector within five years. Among those aged under 30, the number rose to 81 per cent. Northumbria University said it was determined to “minimize the impact on hard-working” students.

In an effort to mitigate the disruption for students, many universities have given concessions such as coursework deadline extensions and a promise to avoid assessment of subject areas that have not been taught.

The LSE said that it understood student concerns about the impact of industrial action on their studies and were “committed” to supporting them.

“We are providing comprehensive information, resources and guidance to our community, and will continue to review how we can best support our students during this time,” it said.

The measures were “reassuring”, said Evie Croxford, president of the student union at Sheffield university in the north of England, where staff have voted to strike. But, she added, the “disjointed” nature of the strikes, with some departments more unionized than others, had made supporting students harder.

Meanwhile, universities have been working to deliver quality education in adverse circumstances. Universities UK, an advocacy group for the sector that represents 140 members, highlighted that undergraduates who feel unsupported had a right to “escalate” grievances by contacting the Office of the Independent Adjudicator, which assesses student complaints.

It added that British universities had a global reputation for excellence, and urged institutions to “work closely and positively together” to ensure “a high quality and positive experience” for students and staff alike.

At LSE, staff strikes will not continue next term. But Calland remains concerned that poor staff conditions will have a detrimental effect on his long-term learning, and for now he intends to continue withholding fees.

“It’s not just about us getting our money back – it’s part of broader solidarity to strengthen the hand of staff.” Ultimately, he said, “staff standards are students’ standards”.

Previous Post
Jake Paul Vs. Michael Bisping will not happen, claims John McCarthy
Next Post
ASAP Rocky Facing Up To ’14 Years’ In Jail If Convicted Of Assault – Hollywood Life

Mark Cuban says he asked Elon Musk how many kids he was going to have. Musk’s reported reply? ‘Mars needs people’

Mark Cuban says he asked Elon Musk how many kids he was going to have. Musk's reported reply? 'Mars needs people' | Fortune You need JavaScript enabled to view it. 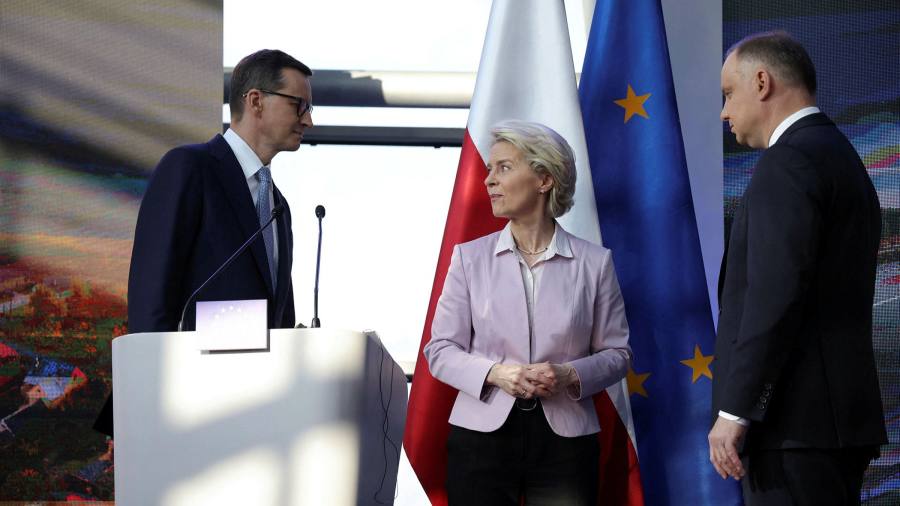 Poland is set to remove its opposition to a directive the EU wants to use to implement the global minimum corporate tax, raising hopes that the measure will become law across the 27 member states. Warsaw is expected to signal...

A pedestrian carries a shopping bag while walking through Union Square on May 17, 2022 in San Francisco, California.Justin Sullivan | Getty ImagesConsumer spending held up during June's inflation surge, with retail sales rising slightly more than expected for the...