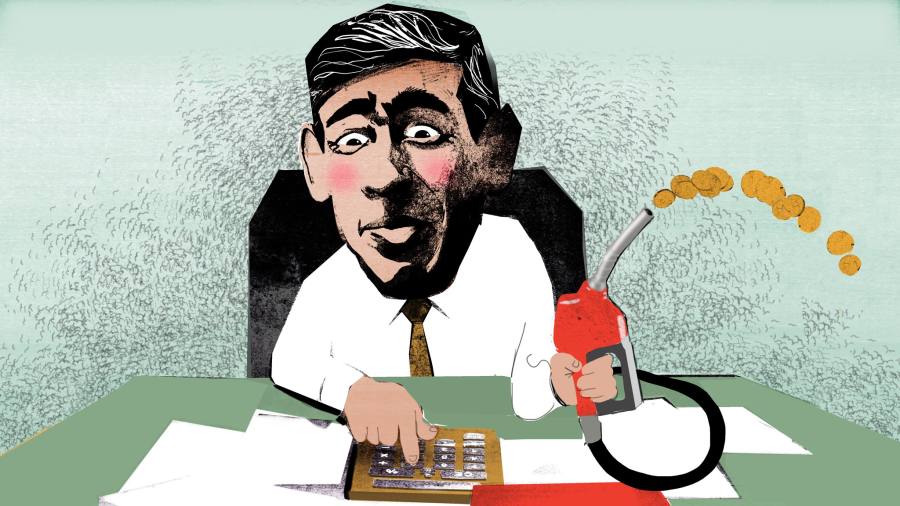 Rishi Sunak has long been a lucky politician. Parachuted at the first attempt into one of the safest conservative seats at the age of 34, he was chancellor of the exchequer just six years later. Already earmarked for the top, his talent and early support for both Brexit and Boris Johnson accelerated his rise to cabinet. Six months later his boss at the Treasury resigned and Sunak was chancellor. And still the luck held. While the pandemic was bad for everyone else, and certainly for the public finances, his response turned him into more than just a popular national figure. Until the end of last year he was the clear heir apparent.

But in the past few months his luck has changed. First, he has taken the blame for the national insurance rise which is hugely unpopular with his colleagues. Then he botched his response to Johnson’s leadership crisis and now, most important of all, he faces serious economic turmoil with inflation levels not seen since the 1990s. Perhaps, said some, he is still too green, too unbending in his fiscal orthodoxy.

So Sunak headed into Wednesday’s Spring Statement under pressure. He needed to show he could shield voters from the cost of living crunch and steer his party back on to a tax-cutting glide path for the next election. In the face of the pandemic and Ukraine shocks, the instinctively orthodox Sunak was looking to spend no more than necessary, safeguarding his deficit targets and buffers against more bad news while building an election war chest. But aided by lower borrowing and an increased tax take boosted by inflation, he could not afford to do too little.

Those outside his party were looking for help for the poorest, perhaps funded by a windfall tax on energy companies. But Sunak has responded most directly to the group that is shouting loudest – his own MPs. The two biggest demands were a cut in fuel duty and the reversal of the national insurance rise to fund the NHS and social care. Sunak has addressed both.

He also put down a marker for the future tax cuts that Tories are demanding, promising a penny off the basic rate of income tax in 2024 – providing a fairly huge hint on the date of the next election. This fits the demands of the prime minister’s strategists and Sunak’s self-image as a tax cutter, even if that image is belied by a rising tax burden.

So even by the standards of these things, this was an excessively political statement. The 5p cut in fuel duty, supposedly for just one year, will irritate those focused on climate change, but the politics of it were irresistible. For all the promise of being temporary, it is very hard to see the change ever being reversed – certainly not in the run-up to a general election.

The biggest move was the most political, and resurrected the old notion of the deserving (in work) and the undeserving (on benefits). Sunak’s decision to raise the national insurance threshold by £ 3,000 from July wipes out the impact of the 1.25 per cent rise for about 70 per cent of workers and is aimed squarely at target swing voters in lower and middle-income working families. It will deny him £ 6bn of the £ 12bn the measure raised. But it is good news for those in work, especially those on lower incomes, and he is not wrong to want to cut the tax burden.

What it does not do is help those who are not in work (or on a fixed income such as a pension). The £ 6bn contrasts with the £ 500mn fund to support the poorest households. There is nothing more for those on universal credit. Sunak may argue that his big package of help came in February, but that was true for everyone. The lack of thought for the poorest is truly dismal.

While the inflation which will hammer households gave the chancellor more leeway to do more, he has chosen to hold on to the money. The generous view is that he is still worried about further shocks, the more cynical will say he is saving it for the run in to the election.

A bigger question is how much difference all this will make in terms of public mood. Sunak has taken off some of the pressure, but families are still facing sharply rising energy and food bills and they may not be as thankful as he would like for his decision not to make things even worse, especially as he has already announced a stealth tax by freezing income tax thresholds.

For as important as any other fact in this statement was the one cited by the Office for Budget Responsibility that real household disposable incomes are set to fall by 2.2 per cent. This is the largest fall since records began in 1956. The combined measures of Sunak’s two packages of support will offset the fall by a third. Meanwhile, public services will be hollowed out by inflation.

And this is the limit of Sunak’s luck. He has delivered a highly political mini-Budget which appeases his MPs and helps target voters, but the pressures are not going away. (In doing so, he has also offered a nice snapshot of who those targets are. Families with cars are inside the tent; those on benefits and students – facing more aggressive clawbacks on their loans – are not). He has been clear with the people that there are limits to what government can do. The gamble is whether they agree that it did what it could.

Sunak has met the immediate political tests and may have helped to restore some of his fortune with his own side. Both his and his party’s political strategy is utterly clear. But any respite will be brief. It will not be long before he faces pressure to do more, especially given his mistaken and too obvious failure to offer more help to the poorest. The key point remains the one made by the OBR. There is a limit to how lucky any chancellor can remain in the current economic climate.