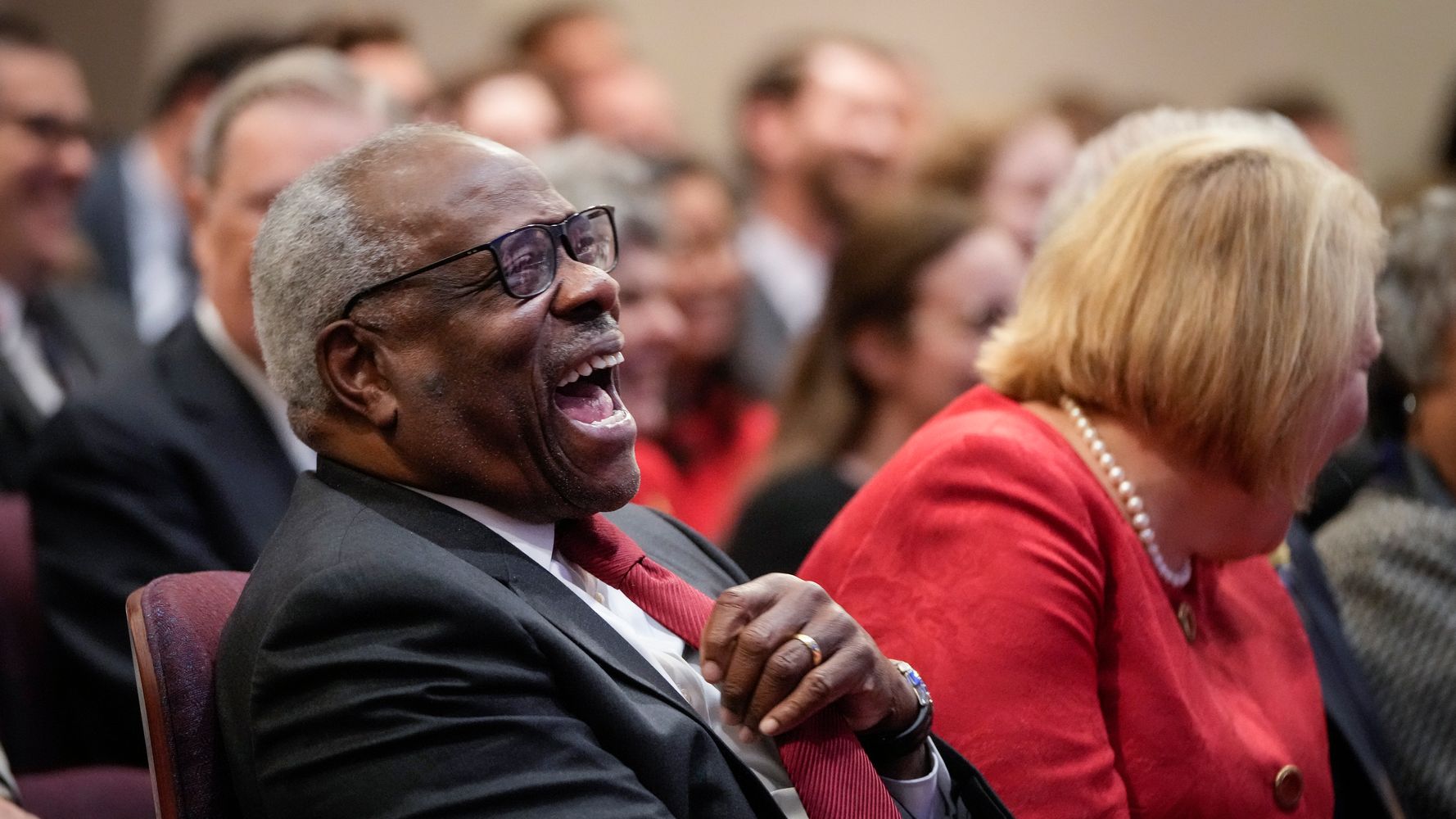 Supreme Court Justice Clarence Thomas on Friday complained about having to “look over” his shoulder since the leak of the controversial draft opinion that would gut Roe v. Wade.

He called the disclosure of the opinion, which was written by Justice Samuel Alito and is not yet final, “kind of an infidelity” that weakens trust in the court, and has made justices regard one another with suspicion.

“What happened in court is tremendously bad,” Thomas declared in Dallas at a conference organized by the Conservative American Enterprise Institute, the Manhattan Institute and the Hoover Institution.

“Look where we are, where now that trust or that belief is gone forever,” he said.

“When you lose that trust, especially in the institution that I’m in, it fundamentally changes the institution. You start to look over your shoulder. It’s like kind of an infidelity that you can explain … but you can not undo it. ”

The source of the leak to Politico earlier this month is not yet known.

Thomas also addressed ongoing protests against the draft opinion outside justices’ homes. He insisted that the left has adopted “inappropriate” tactics that conservatives would never employ, completely ignoring the violent insurrection at the US Capitol last year, when Donald Trump supporters attempted to overturn a legitimate presidential election. His own wife, Virginia “Ginni” Thomas, worked feverishly behind the scenes to upend Americans’ choice for president.

“You would never visit Supreme Court justices’ houses when things did not go our way,” Thomas insisted. “We did not throw temper tantrums. It is incumbent on us to always act appropriately, and not to repay tit for tat. ”

He complained that valuable institutions were being undermined by the left.

“I wonder how long we’re going to have these institutions at the rate we’re undermining them, and then I wonder when they’re gone or they are destabilized what we will have as a country. I do not think the prospects are good if we continue to lose them, ”Thomas warned.

Thomas fondly recalled his Supreme Court days with 11 years of the same justices before Chief Justice Roberts took over in 2005. “We actually trusted each other,” said Thomas. “We may have been a dysfunctional family, but we were a family.”

If someone had said that “one line of one opinion would be leaked by anyone … you would say: ‘That’s impossible. No one would ever do that. ‘ … That was forbidden, ”he said.

Roberts has ordered an investigation into the leak.

A week earlier Thomas chided Americans in a speech for being “addicted” to the kinds of outcomes they want, and instructed them to get over it and “live with” rulings they do not like.

He was blasted by critics who noted that his wife was unable to “live with” the results of the election, and wielded the power and access she had as the spouse of a Supreme Court justice in a struggle to overturn them.

Check out Thomas’ full talk in the video below: