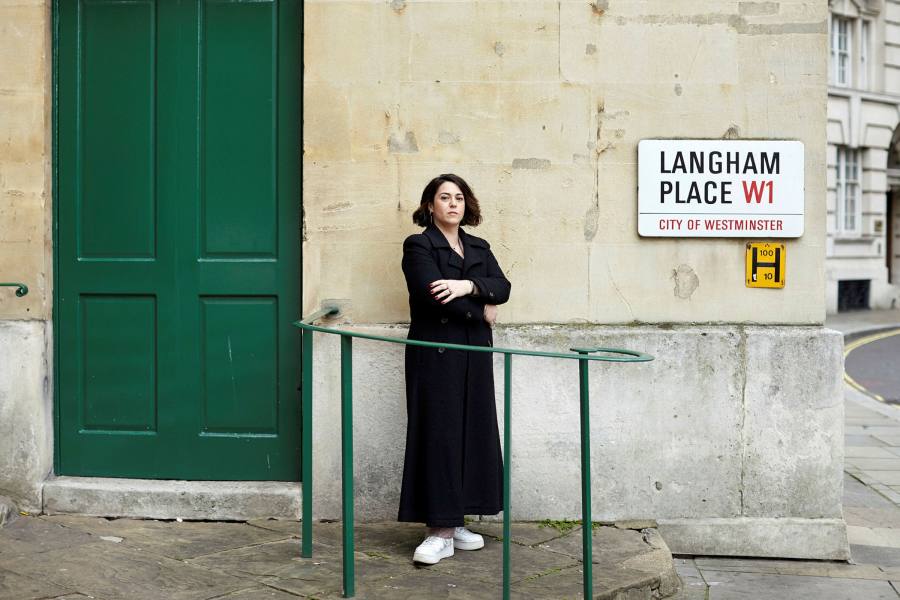 Towards the end of my conversation with Suzy Klein, new head of arts and classical music at the BBC, in a Shepherd’s Bush café, I recall the days when the local market used to have a record shop which opened on Christmas Day. It was there and then that I bought my first record with my own pocket money, the 1967 hit “Silence Is Golden” by maudlin group The Tremeloes, I tell her. Klein sportingly reciprocates, in a tone that hovers between sheepish and mortified: her first purchase, 20 years later, was “When Will I Be Famous?” by the anything-but-maudlin ’80s boy band Bros.

While not exactly launching her into dizzying celebrity status, Klein’s new appointment is an important one in Britain’s cultural ecology. The BBC’s symbiotic relationship with the country’s artistic life – think, just for a start, of the Proms and its array of orchestras – is one of the network’s touchstones. If the current existential threat to the BBC from its various detractors is to be successfully defended, here lie some of its most potent weapons. The simple part of Klein’s job is to build on that inherited foundation; the harder task is to keep up with the innovations that have always made Britain a cultural leader across just about all art forms.

Asked about that balancing act, she says she wants to retain the “verve, depth and integrity” of past successes, but also points to the “more modern storytelling” techniques that have emerged in the post-Netflix landscape. “The fact that people are now used to watching programs in Hindi, Korean and Spanish, and feature-docs. . . the grammar and sophistication of television has changed beyond recognition, ”she says. “Expectations are that much higher. But it is a process of evolution, and not throwing out any of the great things that we do. ”

Klein’s own 25-year career at the BBC has included stints as a presenter, writer and producer, mostly focusing on her first love, classical music, the early infatuation with the Goss brothers merely a precursor to making documentaries on the likes of Steve Reich and John Adams. She was a sparky and erudite co-presenter of Radio 3’s most listened-to show, Essential Classicsas well as a regular guest presenter of Radio 4’s Saturday Live.

She has spent the time since her appointment last August putting together her first season of new programming, details of which are announced today. The season’s highlights are the establishment of a new Sunday night performance slot on BBC4, and the eight-part series for BBC2 Art That Made Usa chronological survey of works and artefacts dating from the departure of the Romans from Britain to the present day.

Klein describes the performance slot as a “huge, inescapable” commitment on the part of the network. “The BBC has always been a home for performance, and now we are showing that we really mean it, putting a stake in the ground to say, ‘This is what we do, and we are really good at it,'” she says combatively.

This is all about a chance to sit on a sofa with a glass of wine, watching something really fantastic

Among the works featured are productions from the Royal Shakespeare Company and Shakespeare’s Globe; eight specially filmed performances from the BBC orchestras; spirit Prisoner C33, a new one-man play starring Toby Stephens and directed by Trevor Nunn, about Oscar Wilde’s confinement in Reading Gaol. Klein says the series is a nod back in the direction of appointment-viewing TV. “There is something of a Sunday-night blues thing, and this is all about a chance to sit on a sofa with a glass of wine, watching something really fantastic,” she says. “And you know that is something that will be there, week-in, week-out.”

Art That Made Us will feature contemporary artists and performers – they include Antony Gormley, Lubaina Himid, Maxine Peake, Michael Sheen – talking about art works and the way in which they have resonated through history. “Cornelia Parker drooling over the Staffordshire Hoard!” says Klein with improbable excitement while running through the highlights. She describes the tone of the series as one that possesses “intellectual heft, borne really lightly”.

I ask if the perceived division between “high” and popular art forms still bears any relevance in her considerations, and she all but dismisses the question. “When I think of what we do – from John Bridcut’s [direction of] Schubert’s Winter travel in the Alps, to Joan and Jackie Collins – I can not think of anything that has that kind of range. ”

She cites the iconoclastic 1990s cultural magazine Modern Review as an influence on her thinking. “They were talking about branding, games, TV, literature, addressing each of them with the seriousness they deserved and required. That was a seminal thing for me, to consider all those different things in the way we looked at the world. ”

For those fearful that the glass-of-wine-on-a-sofa programming model points to a certain cosiness of outlook, there is Marylanda half-hour adaptation by Lucy Kirkwood of her own play on violence against women, starring Hayley Squires, Zawe Ashton and Daniel Mays, which Klein describes as a “punch in the guts”.

She says greater attention will be paid to the BBC archive, particularly in the performance slot, which will form a discrete collection on the network’s iPlayer platform. Some of those helped make TV history, I say: a personal favorite was Leslie Megahey’s magisterial Arena three-hour documentary The Orson Welles Story from 1982. Is that kind of program-making still possible? That kind of access to a subject? And who are the Orson Welles figures of today?

Klein responds that social media has changed things forever. “[They] have transformed the way creative artists interact with the world. Once you can curate your own story, and have a direct conversation with your followers, it becomes ever harder to find people and places that are inaccessible. But when you do get that unfettered access, it feels even more special. ” We both struggle briefly and unsuccessfully to think of today’s Orson Welles.

Then there was the legendary night in December 1994 when Georg Solti invited BBC cultural grandees Michael Jackson and Alan Yentob to witness the performance at the Royal Opera House of the young and thrilling Angela Gheorghiu in La traviata, prompting a last-minute clearance of the BBC2 schedules to broadcast one of her performances live. Is there still that kind of derring-do and sense of occasion in the air?

Klein smiles gently. “If you are asking me whether I would like to be gifted the whole of BBC2 for a night, the answer is: ‘Yes please!'”